Driving down from Vienna airport to Zlin, sharing the car with another festival guest on his maiden trip to the Czech Republic, I try to summarize the country for him in one sentence: every village has a castle, there always pop metal on the radio, and roads are always blocked. Three minutes later we cross the border … in a village under the shadow of a huge castle, with pop metal on the radio. And guess what happened with the traffic?! 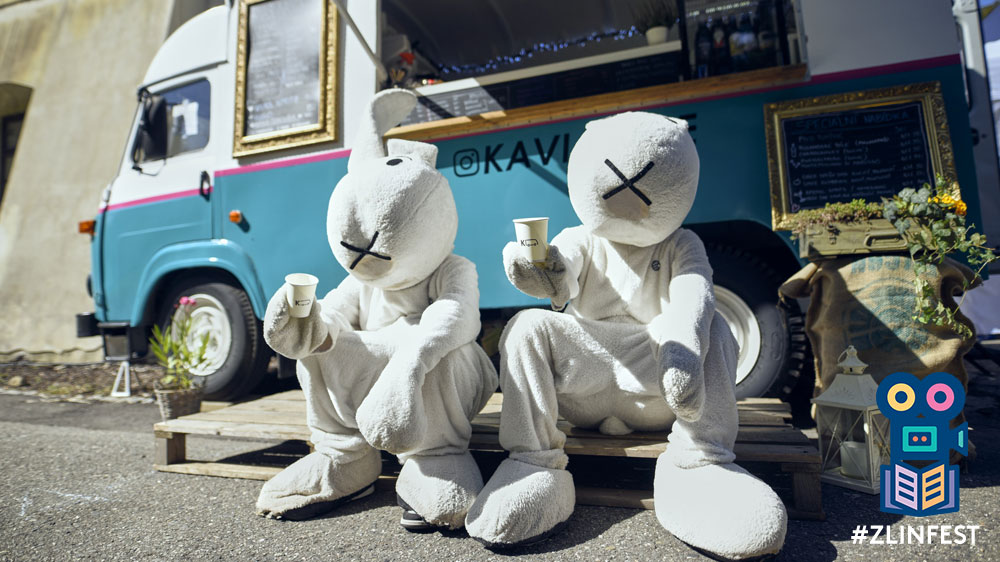 Why is it that my heart is beating faster, every time when entering the Czech Republic? Is it only about being in love with the Zlin Festival and the team running it? Being born a Belgian, last week our national football team played against the Czechs, and I found it awfully hard to take sides. Of course I wanted the Red Devils to continue on their road towards victory, but not at the cost of the Czechs! In the end, it was the Belgian team that won (gloriously) but the Czechs came out as really cool, fearless opponents. I couldn’t have wished for a better result.

With Czech language I have more of a ‘love-hate’ relationship. With the balance tilting a little towards the second option after filling out my Passenger Location Form … in Czech. I can’t even get my head around something as simple as a hotel address. ‘Nam.’ apparently is not a word! It appears to be short for Náměstí (square). Why did nobody tell me? It would have saved me from filling out 30 invalid addresses! Is 2512 the city code or the house number? It takes me another 10 nervous minutes to find the correct combination, that can even convince the border patrol at Vienna airport. Soldiers checking my QR code almost look like Starship Troopers, but in a less kinder version.

On 9th of March 2020 my travel companion Felix and I got on a plane back from Montreal, slightly anxious for what would be awaiting us upon our return. Exactly 18 months later, to the day, Felix is now for the first time boarding again. Today he is rewarded for his patience: on a 99,9% full airplane, he is the only (!) one with an empty seat next to him. Stretching his legs never before felt like such a privilege.

We share a car with Rupert, an excellent companion for the long road ahead of us, who reminds me of Spike, everyone’s favourite character from NOTHING HILL - I guess it is in his height. I can read on his face the burdens that a scriptwriter has to take when suddenly and unsolicited being forced into the role of a producer. He has great stories about finding locations for his film, set in Brixton, “going around one of London’s roughest parts with a name like Rupert (posh!) and my accent (posh)! Locals must have thought I was some kind of alien.” I’m looking forward to see his film A BRIXTON TALE on Friday evening.

What is it over yonder at the horizon? Smoke stags and a network of high-voltage cables have grown from Mount Doom? No, fellow travellers, that is a vibrant metropolis in South-East Moravia. Zlin is probably the only city in the world that has been built on a shoe imperium. But so what? The Belgian town that I live in has been built on an ice cream imperium! (And it is the best ice cream in the country!) What is so silly about a city that has an elevator as most glorious monument? The town where I live doesn’t even have a monument; probably we don’t have a single building that would be high enough to even contain an elevator.

Arriving at the Moskva hotel, I’m excited about my room number. “Wow … mine comes straight from a CCR song! 747 comin' out of the sky… – that’s the opening line of Travellin’ Band!” Checking the lyrics on my computer, I find out the song actually speaks about a Boeing 737 … what a pity those guys picked the wrong number! Nevertheless I feel flattered to be assigned to a room that represents the most successful airplane model ever. Hey, not everybody can say that!

Opening nights in Zlin are not only about meeting people after such a long time (finding out that all wonderful members of the festival team are still on board!), they’re all about fireworks! Every year I take pictures to impress friends and family: I work for a festival that has its own fireworks! Usually they seem less impressed than I hoped them to be. But for me it’s goose bumps, every time again, seeing local people coming out on the streets to celebrate what they rightfully consider as “their” festival.

On this opening night apparently only one thing was missing, and strangely enough (I never thought I would say this) that was a speech. Several guests and jury members came to tell me – and I’ll happily advocate their opinion: with two female festival programmers, at least one should come on stage, as a statement, and a counterweight for all the female decorum that we’re now witnessing. “If we have women doing all the work, they should shine on stage, even if only for a short while”.

The last person I bump into before going to my room, is Rupert. I can see that after one evening already, the Zlin-magic has him under its spell, probably being the last one to have been kicked out of the gala party. When he introduces me to his co-director who just has arrived, I notice how Covid has been striking blows. Even while they made a film together, they haven’t met each other for four years. “The last time we met, the guy was single. Now he is the father of a one-year-old boy.”