Film of the day: The festival competition

After COMEDY QUEEN, the choice for ‘song of the day’ is mine for the taking, but I simply can't bring myself to be associated with 'Country roads take me home', even though that song leads to a moving scene in the film, probably one of the best appreciated films in this edition. This year’s selection contained plenty of marvellous titles, fitting perfectly into any festival catalogue. But that one smash hit, that revelation that you want the whole world to know about, might still be missing. Who am I to tell? Given my job, I barely made it to the cinema – I’m relying on opinions from others, who are all the time passionately discussing films – it’s a glorious time for being in a festival jury! And this festival knows how to treat its jury members. Today they’re invited to the Zigmund villa – I see them leaving in their fancy dresses. There’s even more fashionable dresses in the evening gala. Marketa has a long-lasting reputation as gala princess, but this year the competition is hard, considering Rowena, Judita, Teresa (she gets all the compliments for her African party dress… that was bought in the Golden Apple!), Donna, Tamara, Christin (our new US-based companion) and many others. These girls seem to be “born to gala”. I’m not – I rather drop in later to reunite with my dream team Zuzka and Lucinka. They dream about sharing a studio next year during the festival. I warn them that I’ll be the annoying douchebag ringing their doorbell in the middle of the night, or peeing in their letterbox. I have a chat with the GAJA’S WORLD team, including director Peter Bratusa who is still recovering from the shock after being confronted with a live dubbing of his film. They were only three of the many sparkling and amazing guests that we have been welcoming in our Festival Bubbles studio. 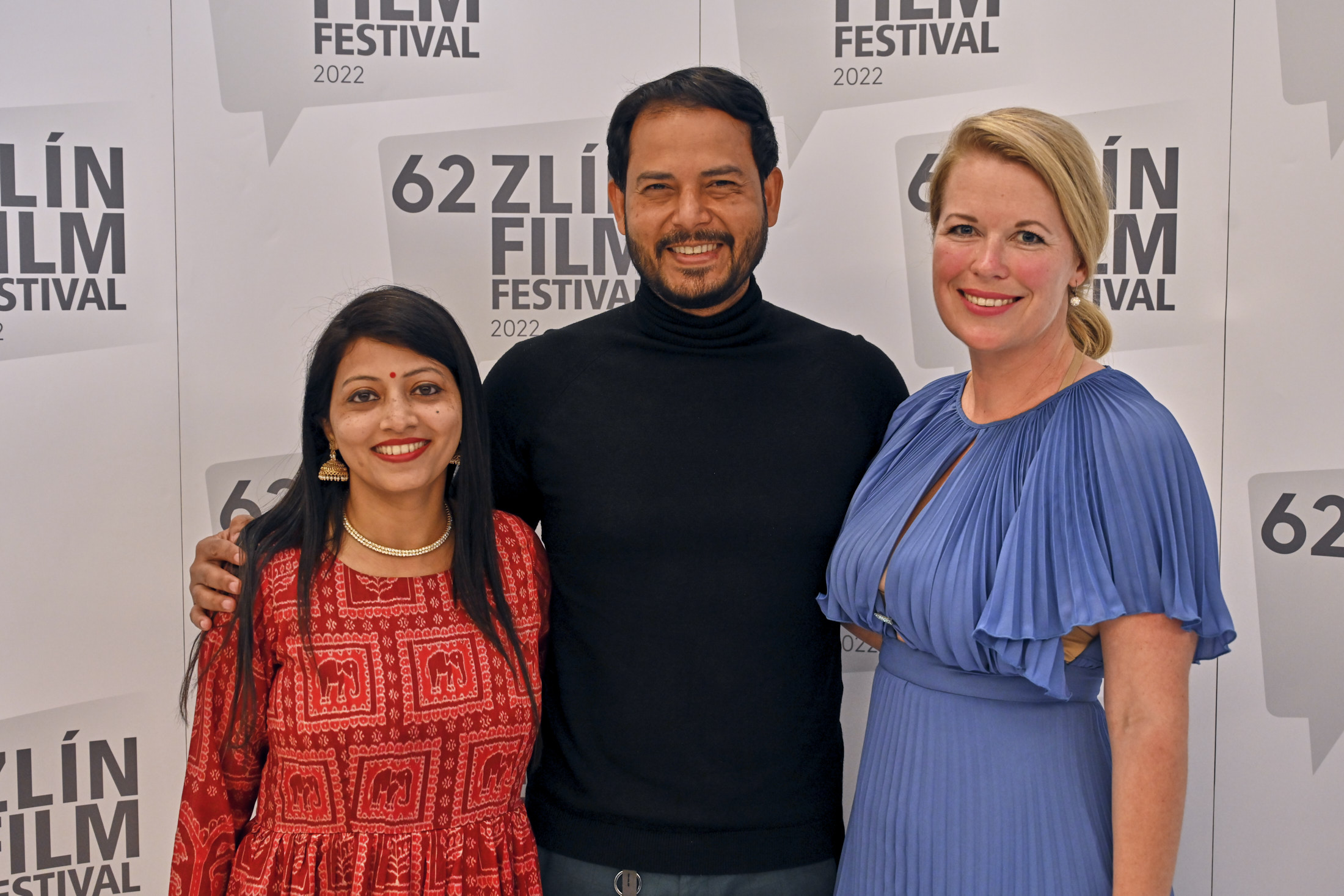 Song of the day: Diana Ross – I’m coming out

It happens to me every time when checking out of a hotel: I walk up to the reception desk while humming inside my head: “I’m checking out”. It works perfectly – I advise you to try it once. It feels somehow unreal to see members from the festival staff with their luggage; already this morning some of them are returning to their daytime jobs. Among them is Katerina, but her last job must have been securing my perfect taxi to the airport, which I share with jury members Kenneth Kainz and Adriana Racasan. Finally the Ecumenical Jury gets a face, and it’s a Romanian one. In religious matters, there is one thing we agree about: If God would exist, he’d surely be driving a Skoda! Our (excellent!) chauffeur drives us through the village that last year got struck by what probably has been the first and only tornado in modern Czech history. The results were tragic.

For the city of Zlin 700 nowadays is the magic number. It was 700 years ago when the name of the town appeared for the first time in an official document. I wouldn’t be surprised if Felix was there when it happened - he has been coming here for so many years. Probably it was him who suggested the local chieftain of the Moravian tribe that a children’s film festival might be a good idea. I could have picked other numbers. Like 4:42 (the moment that I finished my last text this morning and sent it to the festival’s webmaster) or 24, that’s the amount of flights that was cancelled in Vienna this morning after a strike at Brussels airport. It’s noon already and some festival friends, like Arba and Corinne, are still stuck at the airport. They have been waiting for hours, not knowing if they can make it home even today. Arba sends the coolest message: “Not a good day for flying!”