Interview with the Int’l Jury for Short Animated Films: “Usually there are dragons but not this time”

Interviewing the animation jury is usually fun - animators are often a bit weird by nature, and they talk easily about animals and princes and dragons. Arba Hatashi, Corinne Destombes and Filip Posivac are no exception to this rule. But they also come with an interesting plea; an advice for festival organisers around the world. 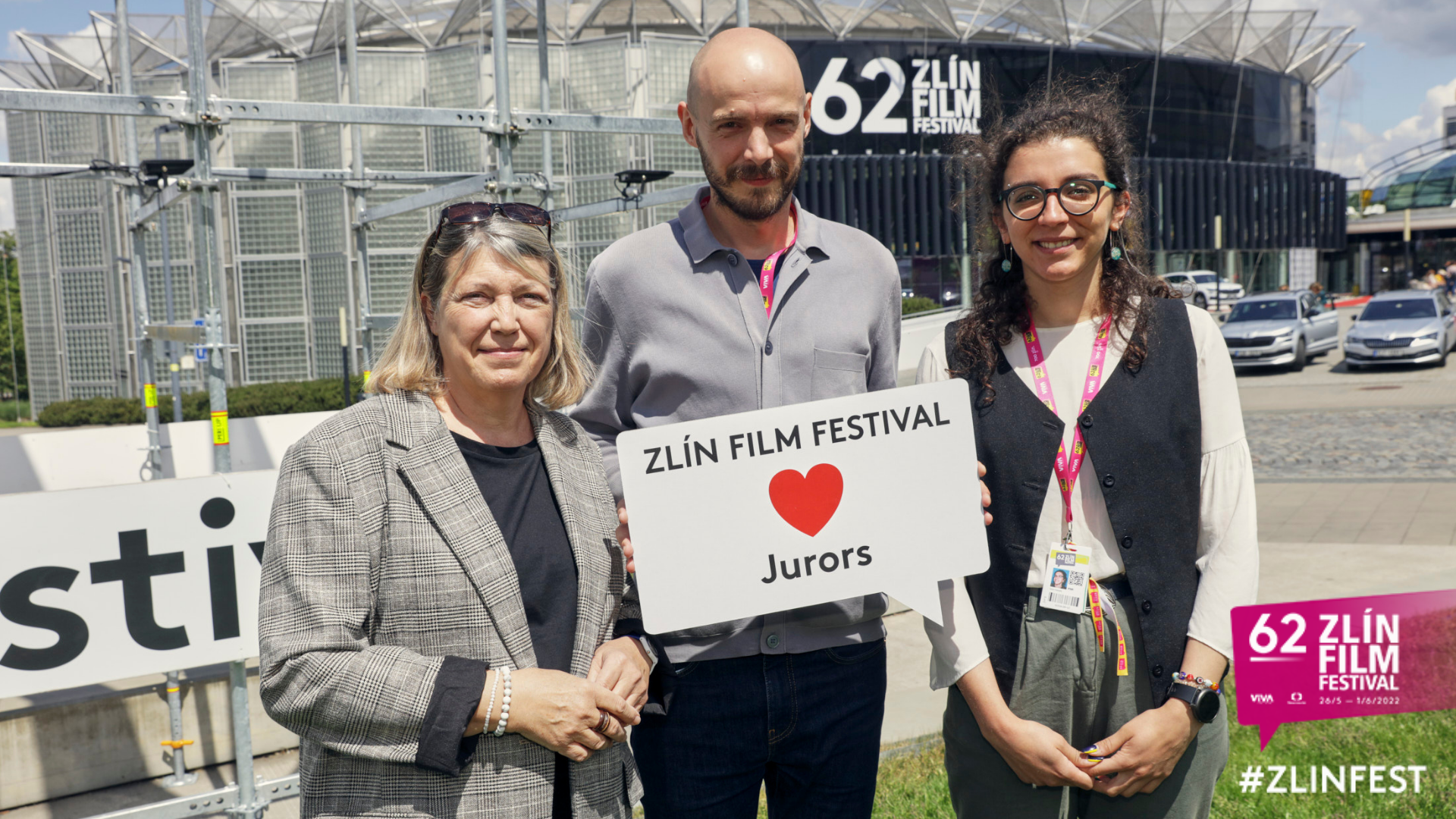 Let’s see how well you got to know each other. Who has been drinking the most?

Arba Hatashi: That’s me; I come from the Balkans.

Who has been the most talkative?

Corinne Destombes: That must have been me.

Arba: We can proudly say that we haven’t slept in MOST of the screenings, since we are evaluating very short films; whoever falls asleep might miss an entire movie. We were constantly fidgeting in our seats so as not to get too comfortable and fall asleep.

If you as a festival organiser could steal one thing from this festival, what would you take home with you?

Arba: The integration of the digital elements: having QR codes on accreditations, working with chips, authentication of guests in a digital database... It all adds to an easy festival flow and makes the work of the organisers more efficient.

Let’s talk about animals. What was your favourite animal in this week’s animated selection?

Filip Posivac: In I’M NOT AFRAID there was an utterly sweet tiger, but not a real one; it was a kid in a costume. We met many special creatures, like fairy-tale beings. Visiting that world of fantasy always feels refreshing to me.

Arba: Like the creatures in WATER DROP, that only exist in the animated world.

Corinne: The animal representing fear in MY NAME IS FEAR worked really well with me and with the children. That was quite a funny creature.

Which animals are missing in today’s animation?

Filip: The last two years we saw many restyled versions of the Coronavirus; luckily they have already grown out of fashion.

Corinne: I didn’t see dragons. Usually there are some, but not this time.

Which animal might be the most difficult to animate.

Filip: The more legs, the more difficult to animate. Already four legs are difficult, and when there are even more…

Which live action director would you like to see making an animated film one day?

Corinne: Xavier Dolan has his own ways of telling a story, usually about his parents. To see that relationship explored in a film for children would be interesting.

Filip: Federico Fellini. In his live action films he created very special realities, and animation would allow him to go even one step further.

Which mature character from the films you’ve seen would you like to get to know better and maybe even ask out on a date?

Corinne: The orangutan from GREEN.

Filip: There was this very sympathetic woman in BIRTH, but she was pregnant and already had a family.

Arba: It was not the usual bunch of characters we met; there were no dashy princes or princesses. But I liked the dancing kid in ELEVATOR ALONE.

Corinne: That film made me think about our hotel!

What was the last film - inside or outside the festival - that made you laugh or cry out loud?

Filip: Again the Spanish film BIRTH touched me emotionally. And I almost cried with WHERE IS ANNE FRANK; that is the one I liked the most among all films I’ve seen here.

Arba: I laughed with ELEVATOR ALONE and MUM IS ALWAYS RIGHT. And on the opening evening, the live action film THE PATH made me feel very emotional.

Corinne: THE SAUSAGE RUN made me laugh out loud.

Could you imagine yourself having a parallel career? What would be your profession?

Corinne: A farmer with herds of animals and a big garden. In my farm I would be alone, far away from all the world’s problems.

Arba: I would be producing wine. We can trade your vegetables for my wine. And while growing my grape harvest, I would be painting and writing.

Filip: I would never change my profession.

Can you say something about your connection with shoes?

Arba: My grandmother used to say: shoes are the most important aspect of a person’s appearance; they should be comfortable for the things you want to do in life. This wisdom has forever defined my relationship with shoes.

Filip: Some people collect many pairs of shoes, but I prefer to buy long-lasting quality. I just bought a new pair of handmade Bata shoes.

Can you introduce each other in one sentence? Arba, I see you have the answer on the tip of your tongue.

Arba: I have learned in this festival that my face is very easy to read!

Filip: My English isn’t that good; I need to pick my words carefully. This is my first time on a jury, my colleagues were far more experienced. I feel much respect towards them.

Corinne: Arba is always cool, everywhere and with every person, easily adapting to situations.

Filip: Every time I meet you, I’m so happy to see you!

The selection of films that you saw, what did it tell you about today’s new generation of animation artists?

Corinne: Animation in East and Central Europe is very different from the French tradition. These artists know how to transmit a message to children with humour, which is not so easy. And they know how to use and mix many different animation techniques. It must have been a hard job selecting these shorts and putting them together.

Arba: This generation is redefining the ways how animation can be used. By including different forms of expression and visual experiments, they’re making use of all the liberty the medium offers them.

Do you have any advice for the festival programmers?

Arba: Coming from Kosovo, I seldom see Balkan animation represented in festivals. It’s hard to throw them in the same selection pool with others, as the technical quality is not to be compared. But other ways can be found to integrate those low production countries (like for instance Georgia) in a festival. This is a call to festivals to save some space in the programme to support and facilitate the improvement of production in such countries. It is the duty of a festival to support the industry.

Corinne: Most festivals have a rather European focus. We don’t know much about African animation - here in Zlin we had but one film coming from South-Africa.

This request for African films is all around to be heard. We don’t know how much production is going on in Africa, but we’re collectively waiting to see the results.

Corinne: For live action the problem is that most of the African funds are taken by European directors coming to film on the African continent. The problem with animation is different: too often the American standard style is copied - animation students learn to imitate instead of creating their own tradition. But ways can be found… For instance I have at the moment a special interest in Caribbean countries, like Martinique, Guadeloupe, Guyana,... Next year I’ll be inviting a delegation to Annecy for a focus on Carribean animation, trying to create an interest.

Arba: Such collaborations will help to tackle the problem of imitation that you mentioned. Integration with other filmmakers will help artists to realise they can find their own path for expressing themselves. Residencies are another way to facilitate integration.

Corinne: The big animation festival in Meknes (Morocco) has been organising residencies that help Moroccan directors to create films. That is definitely a good way to help and promote. In other words: the Zlin Film Festival needs to host a residency in children’s animation!