Interview with the Int’l Expert Jury in the Junior & Youth Category: “I hope the giraffe had a stunt double”

You thought festival juries were like a big mystery; a somewhat cultish bunch of erudite gurus? Or would they be more like simple human beings, doing simple human things? Like running marathons, collecting shoes and living joyless lives? You’ll find it all out through a list of questions we gave to the International Expert Jury in the Junior & Youth Category. 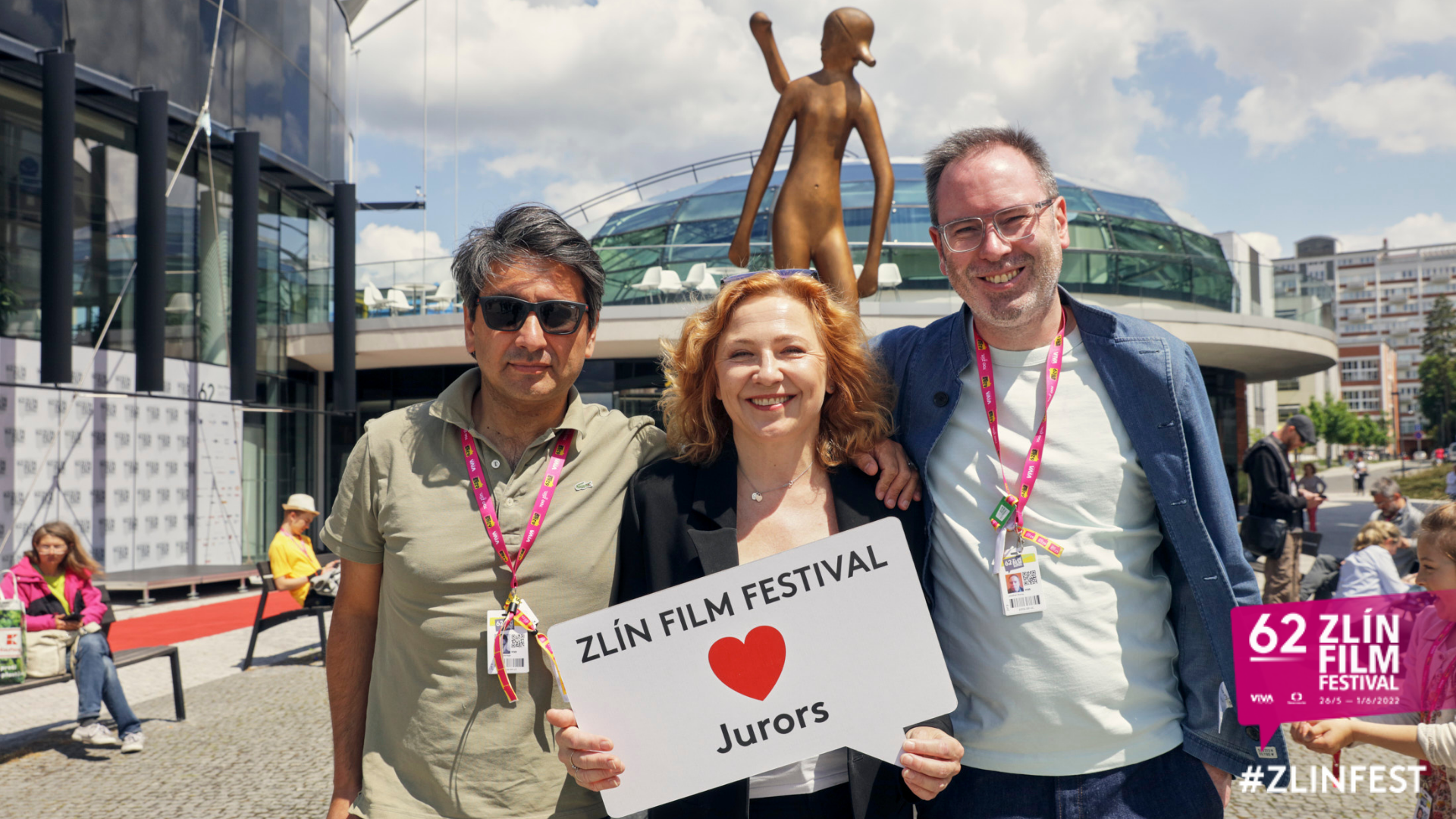 Let’s check how good you got to know each other. Who has been drinking the most?

Jonathan Murray: We’ve all been drinking different things with different amounts of alcohol involved so it’s difficult to measure the final score.

Who was the most talkative?

Rodrigo Litorriaga: Anna gets the award, but we could consider a special mention for me.

Tereza: There is a special award for Anna anyway because she took such great care of us, both verbally and physically.

Jonathan: It makes you realise how important a good jury secretary is to a good jury.

Rodrigo: This is a professional secret.

Which means it was you?

Jonathan: At one stage we talked about having a rotor, whereas at least one of us would always be awake at any moment in any given film. So collectively we would have seen everything. But I don’t think any of us has dropped off.

Although none of you is a festival organiser, if you could steal one thing from this festival, what would you take home with you?

Jonathan: The festival’s genuine physical visibility in town, which allows local audiences to engage in more ways than simply go and see films.

Still none of you ran in the marathon yesterday!

Rodrigo: I didn’t know, otherwise I would have done it for sure.

Can you say something about your connection with shoes?

Tereza: Shoes are my secret love - I do have many pairs. It is one of the most important things in my life.

Rodrigo: In this festival you can make everything on foot; the restaurants, the screenings,... all are within walking distance… if you have the right shoes.

Which mature character from the films would you like to get to know better and maybe even ask out on a date?

Rodrigo: Jamie, the kid from SOUL OF A BEAST. I would like to know how he feels, being so completely left on his own.

Jonathan: I would take Corey on a date and you can babysit Jamie. I suspect I will not score a second date with her, I probably won’t even be able to finish the first one before she gets bored. But I could give it a go.

What has been your favourite animal so far in the festival films?

Jonathan: The giraffe from the same movie. I hope it had a stunt double.

Pick one director that you think should once make / have made a young audience film.

Jonathan: Michael Haneke has made films about young people but never for them.

Tereza: Jonathan is a joyless journalist.

T: It’s an inside joke. My English is very bad and when Jonathan with his strong Scottish accent told me he was a journalist, I understood ‘joyless’.

Jonathan: You can tell Tereza is a director; she is powerful, she knows what needs to be done, how to deal with people, and how to keep a distance in the way she talks…

Tereza: That is only because of my English - it’s not my personality.

Jonathan: Rodrigo is reflective. You’re walking down from the hotel in the morning to the cinema, and he’ll pick up a conversation you were having yesterday about a film. He holds ideas into his head and will come back to them later on, whereas I simply forget things. What film did we see yesterday?

Could you imagine yourself having a parallel career? What would be your profession?

Tereza: I can’t even imagine.

Rodrigo: Sometimes I have a fantasy about having a normal daytime job, working with a team towards a collective goal and when you go home at 5 in the evening, everything is clear. But I know I wouldn’t be able to live like that.

Jonthan: I worked in radio very briefly. I’m not very talkative in real life; I can’t always think of the right thing to say. But on the radio you have to talk for a living and unlike other things I’ve done, it’s not visual; the only visuals are the ones you create in people’s heads.

What was the last film - inside or outside the festival - that made you laugh or cry out loud?

Rodrigo: In this festival, the film A SECOND LIFE had me totally emotionally involved.

Jonathan Joachim Trier’s THE WORST PERSON IN THE WORLD made me laugh.

Tereza: I am crying a lot in the cinema. I can cry in an action movie. Last time was a few hours ago when we watched COMEDY QUEEN. Mostly I cry when relationships between children and parents are involved; probably because of my daughter with whom I am very close.

Zlin for a long time had a tradition of putting one country in focus. Please suggest one country for a future festival focus.

Tereza: The Indian films in this festival aroused very strong emotions, both negative and positive. India has a film industry, and I still have to make up my mind about that tradition.

Rodrigo There could be a few African countries presented as one territory.

Do you have any advice for the programming committee?

Rodrigo: A festival programme is probably built up very carefully, searching for the balance between popular films and new titles that still need to be discovered,... Maybe this festival somehow has achieved this balance.

Jonathan: This festival has taken us around different parts of the world, not like a European festival showing mostly European films. We want the festival to maintain this focus. Sometimes we presume that “the child is a universal figure” - we’ve all been children. But a lot of what we have seen this week made me realise that how you get to experience childhood depends on the culture that you grew up in. Loads of films this week involved children’s relationships with their mobile phones, until you realise a mobile phone means something very different to a child in Sweden than it does to a child in India or Chile. It is not just the individual films that were thought-provoking; it’s the journey you have as a festival goer and the way the different things you see over a week are related to each other.