Lee Ji Won on KIDS ARE FINE: “When the fence is broken, kids can grow up”

Da-yi’s mother is in the hospital. Why exactly? Da-yi doesn’t know, as his father hasn’t told him. In fact, he doesn’t tell him much at all. But when his mother is transferred to another hospital, Da-yi is determined to go and visit her, even if he has to head out on a trip to a far and unknown destination in the company of some new friends and classmates. 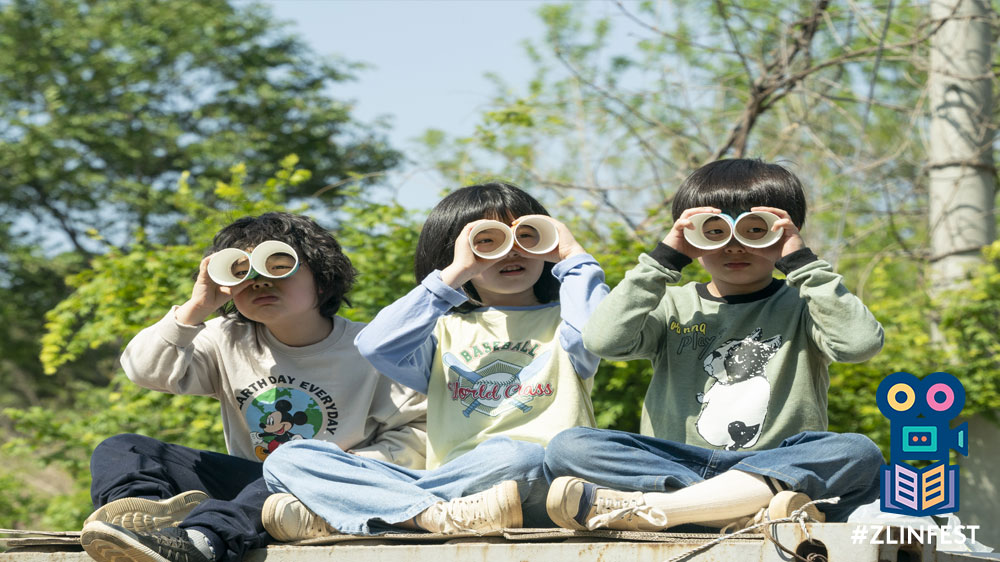 There is something special about Korean children’s films. The stories are often told with a deep tenderness and vulnerability. Titles like THE WORLD OF US, THE HOUSE OF US and BORI, about children looking for simple security and comfort, might easily break your heart. When combined with the theme of a young kid in search of his dying mother, you might wonder if anyone can watch this film without crying their heart out.

Lee Ji Won: What else could you expect from a film about a farewell to beautiful moments and beloved people? But making people cry was never my intention. In fact, I was probably the one who cried most.

I don’t think kids in films should always look cute, but your main actor surely does!

Ji Won: Lee Gyeong-hoon (playing Da-yi) can express his emotions in a very controlled way through his shiny eyes. Once he finds his concentration, he can immerse himself completely in his character, as if Da-yi had always existed somewhere inside him. He is a great actor, combining modesty and innocence.

The atmosphere among the kids seems very relaxed. When we see them playing, it feels like all their laughter is real.

Ji Won: It was our most important task to make the young actors feel relaxed, having fun on set. Instead of having them acting out artificial emotions, I searched for kids that were naturally similar to their film roles. I didn’t share the script with them. Rather, I explained the background of every scene to them, and then they improvised away. They didn’t just memorize or mimic key lines, but truly deepened the emotions. Because the actors accepted my methods, we could capture all these natural images.

Only slowly we come to understand the gravity of the situation… Nobody dares to tell the boy that his mother is actually dying.

Ji Won: Adults think too easily that kids are too young to deal with reality. Children can independently reflect and judge for themselves. This is something I wanted to address in this film.

Hospitals in general don’t look like exciting sceneries for films. But in this case, the hospital scenes are among the most exciting ones in the movie.

Ji Won: The scenes located in particular places – like the hospital and the school in KIDS ARE FINE – often ask for an extra layer of detail and realism. As for the hospital scenes, I thoroughly researched the cinematographic options, I’ve been watching hospital documentaries, and I included a few personal experiences. Hospitals are usually depicted as dark and fearful places, but not in this movie! It is Da-yi’s favourite place – the only place to meet his mum – and he is always eager to go there.

He even wonders if he should feel guilty about his mum’s illness.

Ji Won: That is a heart-breaking part. This guilt is born from doubt: does mum feel sick because of me? Is she getting more sick because I visit her too often, leaving her no rest? It’s the words of adults that have planted these seeds – often the wounds on a child’s soul are caused by adult’s thoughtless remarks.

The most heart-breaking scenes might be the ones with the yellow flower, an image so very powerful.

Ji Won: The colour yellow stands for protection. Though Da-yi can independently hold his own, he still needs love and protection. Strikingly enough, his mother is in a similar position; she needs Da-yi’s love and protection. The yellow flower is the medium that connects them. It is planted in a pot, as this is a story about a child surrounded by fences. Those are constructed by adults for protection, while at the same time holding back the child. When the fence is broken, kids can grow up – maybe even stronger – in their own way.

This is also a story about a boy and his father.

Ji Won: Not only Da-yi, but also his father is growing more mature. At first, he didn’t know how to express his emotions, but then their relationship gradually evolves. Everybody should grow up someday, no matter the age.

Parents’ ambitions are passed on to their children. Is it a child’s duty to make its parents' dreams come true?

Ji Won: Absolutely not! As independent human beings, children should have their own dreams, and adults should make the world a place where kids can dream the broadest spectrum. Many Korean parents try to adjust their kids to the world’s criteria; they focus on uniformity rather than on individuality. While children should actually enjoy their freedom and pleasure to the fullest.

If it is that important for children to set their own goals (like going on a mission to the hospital), what was your ‘big project’ as a child?

Ji Won: As a child, I lived halfway between the city and the countryside. I saw the tall buildings and apartments ahead of me, and the mountains and farms behind me. My mission wasn’t as big as Da-yi’s, but I remember myself packing gear to go climbing those mountains, searching for insects to catch, like dragonflies and grasshoppers.

Another striking picture in your film is a pile of schoolbooks lying by the roadside.

Ji Won: There are two kinds of children; those who are lonely due to their parents’ lack of attention, like Da-yi, and those who are lonely due to their adults’ overprotection, like his classmate Jae-kyung. His parents constantly arrange private tutoring to secure his future; in Korea we call them ‘round and round kids’… caught in the infinite ‘Home – School – Academy’ cycle. The schoolbooks by the roadside reflect the reality of Jae-kyung’s life, always carrying around a bag full of school books. By making him join in this trip, I wanted to set him free from his burden, though only for a little while.

I was told KIDS ARE FINE is based on a series of web comics.

Ji Won: That is true. The elements of the story are mainly the same; Da-yi and his friends, a sick mother, and a busy father. The webtoon shows Da-yi’s life as a diary in simple black and white drawings, neither complicated nor fancy. It doesn’t explain much about the situations or emotions, leaving it up to the readers to fill in the blanks with their own imagination and references.

I guess it wasn’t easy to find a proper ending to the story, which you solved by including a short, animated clip.

Ji Won: I didn’t want a sad ending, but neither should the story suddenly end as if nothing happened. Da-yi’s face in the end reflects my wish for him to live a full and happy life. Although the animation clip depicts his mother’s feelings, I’m hoping to transcend the idea of motherhood. I rather showed a relationship between two human beings, whether it would be parents, friends... using the example of a child and a tree, taking care of each other. This animation refers to the original webtoon as a small tribute – a wink to the fans.