Ulja Funk… the name sounds different, cool, almost… funky. Which is not the first impression you get when meeting the film’s main character, a rather nerdy girl with a passion for astronomy and a habit of speaking her mind straightforwardly, directly addressing the camera (and the audience). Her quest now is to travel to Belarus to observe the impact of an asteroid, which she does in a stolen car, with an underage classmate behind the wheel, while being chased by a bunch of religious fanatics. This zany adventure, which cracks a hard nut with the hypocrisy of organised religion, is the opening film of this year’s Zlin Film Festival. 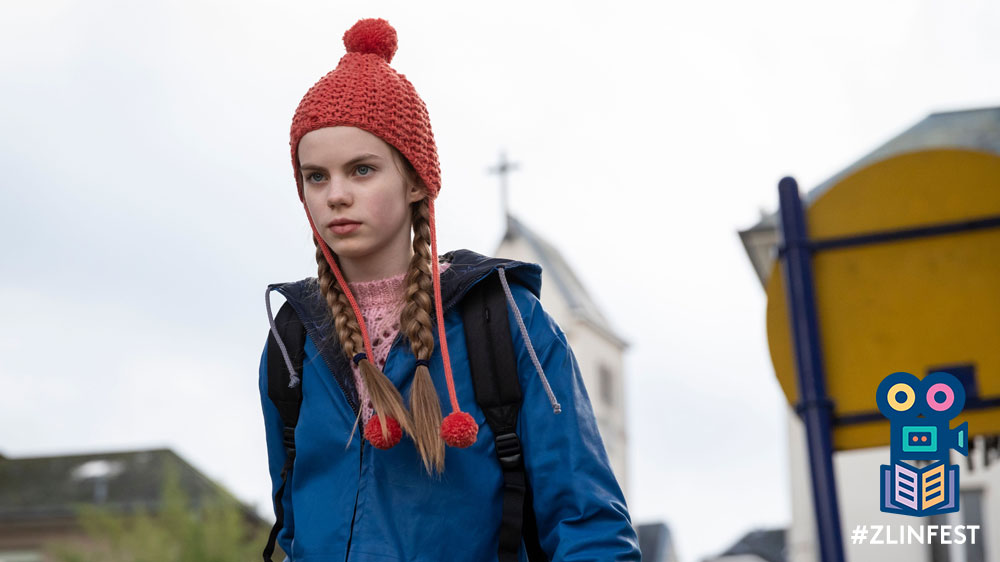 How did you convince a producer to step in on a project as outrageous as this one?

Barbara Kronenberg: By pitching my point of view on the story, meaning, by focusing on the humour. I was lucky enough to find a producer who shared the same point of view. MISSION ULJA FUNK has been made within the Outstanding Children’s Film programme, a funding model to increase the production of quality films for children in Germany. That surely was more than helpful and made the financing go much easier and faster.

Ulja doesn’t initially come across as cool, with her nerdy looks and old-fashioned clothes. Did it take time for main actress Romy Lou Janinhoff to fall in love with her character?

Kronenberg: You’d have to ask Romy, but I had the impression that once she understood who she was playing, she literally fell into the role and consequently in love with the character.

Ulja is so straight forward in telling the truth, and totally obsessed with her mission. Did the thought of Autism Spectrum Disorder regularly cross your mind?

Kronenberg: It is important not to define her as a child with a disorder, just because she is intelligent, stubborn, dedicated, and relentless. I wanted a main character that is not the usual happy-go-lucky kind of child; it is interesting for me as a writer, but also as a human being to deal with much more complex personalities. And I hope that the audience too will find this complexity interesting, and that they will empathize with someone who comes across as rather unusual. The challenge was to create a character that is not very emotionally appealing and still make you sympathize with her quest.

Ulja is surrounded by religious fanatics, including her grandmother. Where did you find inspiration for that character and her weird ideas?

Kronenberg: In real life, I guess. It is important to provide a place for those people who might not fit into their everyday community. And it is especially important for children that they have this sense of belonging, regardless of how different they might be from others. We’re talking about inclusion; organized religious fanaticism can be quite excluding, despite them preaching something else.

I never had the feeling that I was watching a comedy; it felt much more like a road movie, of which MISSION ULJA FUNK contains many classic elements.

Kronenberg: I think comedy is my home — and it comes in many different disguises. It could be a road movie, it could be a love story, or it could be something else entirely. But the common denominator is comedy.

Speaking of humour… how was it to record the singing scenes?

Kronenberg: There was a lot of giggling going on but mainly everyone was focused and eager. The cast loved the singing parts. Also, because they loved the music, I think they had a lot of fun recording those scenes. But what is supposed to be funny in a movie is most of the time hard work and lots of rehearsal, timing, trying, failing, repeating. So, there was both giggling and sweating.

MISSION ULJA FUNK is the opening film of the Zlin Film Festival. Please complete the sentence: This is a very appropriate choice because…

Kronenberg: I would never say that! It would be awkward to say that about my own movie. But if I have to give an answer, it’s because the movie works for both young and an older audiences. It makes me very happy to be selected for the festival, and I’ll be looking forward to seeing you all in Zlin.