What are we inviting you to the cinemas to see this autumn?

Preparations for the second part of the 61st Zlín Film Festival are underway. The festival is fast approaching. We firmly believe that in just two months Zlín will come to life with festival events and its cinemas will be filled with filmgoers both big and small. And since our festival is mainly about film experiences, we would like to present the individual areas of the film program to you gradually until September. Let's see what awaits you and what you should definitely not miss. You can also look forward to special invitations from those who choose the movies for you. 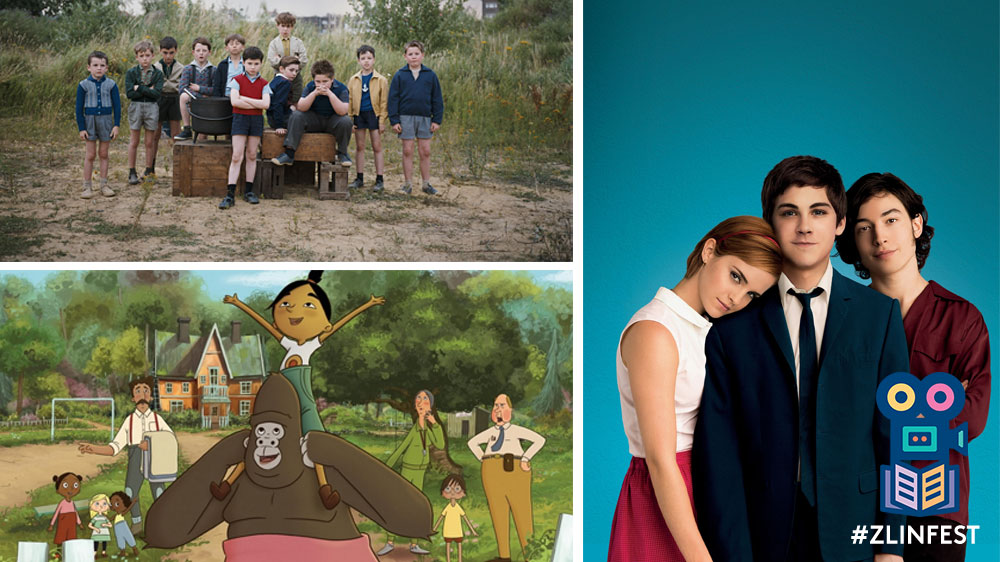 As we have already announced, the main theme of the festival this year is "Literature in Film", so we will start with this section.  During the second part of the festival, we will offer famous film adaptations of books, but the books and their protagonists will also be reflected in the supporting program of the festival.

Did you know that this year will mark 20 years since the Big Bang occurred in the world of film and literature? At the end of 2001, two films arrived in cinemas which have since become an integral part of film trade history. In addition to reviving (and, for some, leading to the discovery of) the fantasy genre, the films have contributed to a huge increase in readers and fans of their literary pattern: Lord of the Rings by JRR Tolkien and Harry Potter by JK Rowling. From the British Isles, their popularity spread throughout the world, which subsequently influenced other spheres of artistic life outside of book and film.

With the theme of Literature in Film, the 61st Zlín Film Festival has decided to pay homage not only to these two book gems, but also to literary art in general, which has been an inspiration for film screenwriters since the very beginning of cinema. We want to focus most on books for audiences both big and small.

In this thematic section, almost 40 films will be shown, which are divided into five mini-sections:

The Club of Heroes

"A smart bear always keeps a marmalade sandwich in his hat in case of an emergency."

The literary heroes would go in one big show. Nevertheless, we hope that even in this mini-section, most children will find their favorite. We welcome heroes such as the clever Wimpy Kid, Paddington, Atreyu and Bastian from the NeverEnding Story, and the Lucky Four, an immortal group from the pen of Jaroslav Němeček.

"It's strange because sometimes, I read a book, and I think I am the people in the book."

The Perks of Being a Wallflower

We will deal with young adult literature that is currently very popular in a section called Young Academy. The first loves, friendships, the search for identity or family relationships in the lives of teenagers will be found in The Perks of Being a Wallflower, It's Kind of a Funny Story, and The Fault in Our Stars. We cannot ignore the increasingly popular fantasy genre in the films Miss Peregrine's Home for Peculiar Children and Ruby Red.

"In the middle of the square, in a crown of chestnut trees, an animal with a bushy tail sat and squinted at her. He even waved at her. ”

In the European Corner, we will introduce children to the latest film adaptations of well-known European authors of books for children and young people. As in the other sections, it is true that all the mentioned books have been published in Czech. Whether it's the Italian classic Pinocchio with Robert Benigni in the role of Geppetto or the adaptation of another 19th-century novel, Nobody's Boy by Hector Malot. Contemporary European literature will be represented by the films The Ape Star by Swedish author Frida Nilsson and the Spanish film Ivan's Dream by Roberto Santiago.

"I remember I led a peaceful, uneventful life as a little girl. I loved fries with ketchup, Bruce Lee was my hero, I wore Adidas sneakers and had two obsessions: Shaving my legs one day and being the last prophet of the galaxy. "

The growing popularity of comics among young readers has also been reflected in an exhibition of well-known and lesser-known comics and their film adaptations. The cute Finnish Moomins, the brave Little Vampire by world-renowned comic book author Joann Sfar, and a pair of brothers in the adventurous Zip & Zap and the Captain's Island are ready for the little ones. Older "kids" can look forward to Persepolis by Marjane Satrapi and Nausicaä of the Valley of the Wind by Japanese artist and director Hayao Miyazaki.

"It was already one in the morning; the rain pattered dismally against the panes, and my candle was nearly burnt out, when, by the glimmer of the half-extinguished light, I saw the dull yellow eye of the creature open."

Our literary theme cannot leave out classic novels, which have become an inspiration for other works of art. The Classics section was created in collaboration with film and literary critic Jan Lukeš and will offer attractive titles primarily intended for high school students. Myth and Frankenstein, the threat of totalitarianism and 1984, the war experience and All Quiet on the Western Front, and theater and Hamlet. The Czech representatives will be adaptations of the humorous Saturnin, the poem Wild Flowers, and Kundera's first novel The Joke.

Literature in film in the supporting program

In addition to the film program, the literary theme will be reflected in the supporting program. Jaroslav Němeček, the creative duo Martin Šinkovský and Ticho762 and theorist and editor Tomáš Prokůpek will come to Zlín to talk about Czech comics. For fans of the American giants Marvel and DC Comics, there is a lecture by comic reviewer Ondřej Král. Authors' readings connected with discussions will also take place in the festival zones. Petra Hůlová, a member of the film jury last year, will come to tell students about her brand new book for young people. We will focus on children with the well-known Czech author of books for children and young people, Iva Procházková, who will read from her book Mice Belong in Heaven. You will then have the opportunity to compare the adaptation of this book during a screening of a film of the same name by Jan Bubeček and Denisa Grimmová. These meetings and many others are still being prepared and we will gradually reveal them to you on the web and our social networks.