FESTIVAL HAS UNVEILED THE FILM PROGRAM OF ITS SPRING SEGMENT

Exactly one month before the start of the first part of the 61st Zlín Film Festival, its organizers have made public the film program, which will be available online for the first time this year on the festival website. However, it will be territorially limited only to audiences in the Czech Republic. 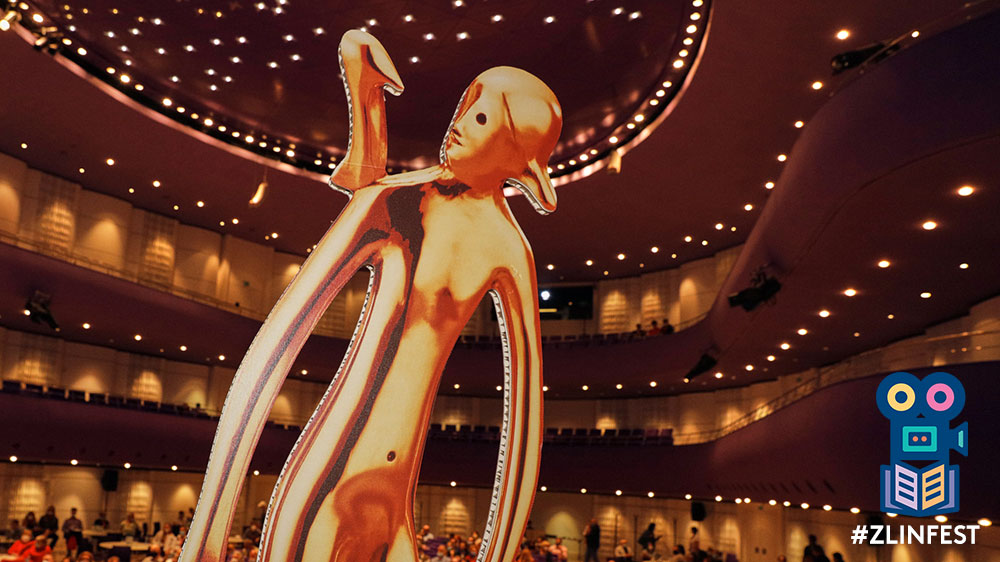 Exceptions to this will be a section of the program for film experts and a section in which animated films for the youngest audiences will be shown in specific countries. The spring part of the festival will take place from May 28 to June 1, while its traditional form will take place in the autumn from September 9 to 15, 2021. The theme of both parts will be "Literature in Film."

The oldest and largest film festival for children and young people will have its big premiere this year during its traditional term. From May 28 to June 1, it will provide a varied film and supporting program for the whole family, audiences big and small, schoolchildren, and film professionals via the www.zlinfest.cz website.

„As part of the film program, the spring part of the festival will give audiences not only festival films, but also ČT: D programs with literary themes, screenings of the best awarded animated films shot by children and youth from all over the Czech Republic and Slovakia within the ANIMÁG 2021 competition, and even this year's TA ČR film awards,"

The film part of the Zlín Film Festival's online program consists of 15 feature films that were awarded in 2020 or that impressed the program organizers. Children and parents can look forward to, e.g., the winner of last year's festival – a Norwegian film about brave children The Crossing and the Australian festival hit H is for Happiness. Other awarded films of the 60th ZFF are dedicated to teens: the Spanish story about a first love Life Without Sara Amat, the British drama Rocks, and a Spanish film full of life, energy, and a hot summer The Innocence. For more mature audiences there are films that draw attention to the often difficult situations in the lives of children and adolescents. These include the Swiss-Belgian film Beyond the Horizon, the French drama The Dazzled, Canadian film Kuessipan, and more.

There will also be a taste of this year's student works, accompanied by professional lecturer introductions.

"In the online Zlín Dog we will offer premiering films which will be included in this year's competition. We firmly believe that we will also see these 8 candidates on the big screen in Zlín cinemas during the September live part of the festival,"

said Markéta Pášmová and outlined the content of the animated film section:  "

The smallest members of our filmgoers can look forward to two series of short animated films, one of which – with Czech films – will also be seen by children at foreign friendly festivals in India, Japan, South Korea, Mexico, Turkey, Cuba, and Ukraine, as part of a project called "Check the Czechs". The hour-long set of animations for small children called Warm Star and other animations will be looking back at the last 60th Zlín Film Festival and its competition including the main awarded films - The Bird & the Whale by Carol Freeman and The Witch & the Baby by Evgenia Golubeva.“