Results and motivations of the 59th Zlín Film Festival

Results and motivations of each festival jury. Read more in this article. 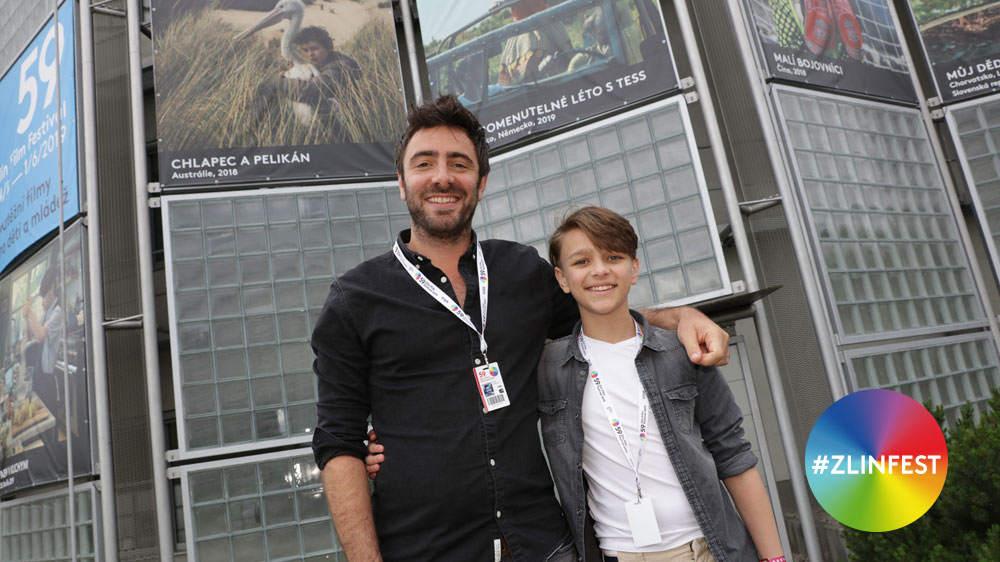 Xiaojuan Zhou (CAN) – president of the jury

In this visually stunning film smartly adapted from a novel, the filmmaker takes us on a bright summer vacation together with two young protagonists. Their preoccupations, either real or imagined, are told from the children´s perspectives. We can not only watch their adventures unfold against the golden light of the summertime, but also taset and smell their unforgettable memories on this isolated island where interesting characters from different generations meet and interact. We are particularly impressed with the performance of Josephine Arendsen who plays Tess.

Finn Little for the role of Mike in Storm Boy (AUS, 2018), directed by Shawn Seet

In this remake of the Australian classic, Finn Little deleivers a touching performance of a little boy who brings up a baby pelican and does everything to protect the bird. The love between the two is contagious. We enjoy every moment when the two are on the screen. Finn carries the film brilliantly.

Giant Little Ones (CAN, 2018), directed by Keith Behrman

Life can be confusing, especially when you have a dad who recently came out and when you find yourself in an awkard situation with another man after a party. Who are you? No one can provide an easy answer, nor does the film try to. Coming to terms with who you may be but take your time. The entire cast gives us an intimate look into their hearts and souls in a convincing, touching and unexpected way.

Blake Cooper for the role of Bobby in Measure of a Man (USA, 2018), directed by Jim Loach

In this well crafted and intelligently scripted film, Blake plays an unassuming but eventually winning character. From an insecure boy to a confident man, the transformation looks natural, authentic and aspirational. His quiet manner and his resilience is mesmerizing. We cheer for him when he conquers.

The jury strongly felt the need to give a special mention to this feature debut of Katja Benrath. We are taken away by this bubbly, spontaneous and always resourceful young girl and believe that no task is too great for her. In this inspiring and fast paced film, Rocca made us cry and laugh, many times over. Her strength and vulnerability is deeply moving. This is the German answer to Pipi Longstocking. Rocca, go change the world for the better! You rock!

Cloudy has an inventive idea that is tailored for animation. This well paed comedy is packed with funny visuals. The film´s music and sound design further add to its charm. Overal, the execution is quite successful. The young audience at theatre received the film with cheers and laughter.

It is not easy task to evoke the audience´s compassion through animation. However, Teofrastus manages to seize such element.In the film, the protagonist ginger cat captures the audience starting with its first appearance at the train statiion. The film´s detailed background and sincer narration infer another layer of realism to the story. Despite some minor issues, the director´s passion carries the film to a satisfying ending. The two young jurors in the committe really enjoyed this film.

Funny with comedic timing. A Good Heart was well received by the screening audience. Its execution is professional and the animation is appealing. I tis an entertaining fast paced film with a heartfelt ending. The young jurors in the committe liked the „cave-painting“ style that the film used.

We´ve decided this film is the winner because it has many positive points to it. In our opinion this film is gripping, touching, amusing, funny, inspiring and has a good story. It is very entertaining and fascinating movie to watch as a child. It teaches that everything is possible if you believe. Luna Maxeiner has done very good job playing Rocca and she really embraced the role. The main character Rocca is great because she´s very confident and she does what others only think.

Psychobitch (NOR, 2018), directed by Martin Lund

The Youth Jury has agreed that Norwegian film Psychobitch has come up with a very original story pointing to the life of outsiders, that is not always a piece of cake. Music - especially the song "Stronger (Sigrid)" – was a bonus of a crazy film atmosphere. The jury appreciates the great performances and the environment in which the film was shot.

The Europe Award - for the Best European First Film

The film sensitively talks about the coexistence of different cultures in contemporary Sweden, which at the same time concerns the whole of Europe. Without the use of stereotype, pathos and instruction, the film tells the story of understanding, friendship and family search.

The film boldly reveals the soul and history of Berlin, a city that becomes not only an attractive place for the story, but an important figure. Time passing gives you the chance to work with visual effects and animation. The result is a nimble adventure between reality and dream.

Provence is a confident and sensitive coming-of-age story with two remarkable performances from it's central characters, a young brother and sister. The jury felt that Provence captured a critical childhood moment with a subtly and assurance of a accomplished filmmaker. Told through the dreamy lightness of the countryside on a summer vacation, the storytelling is both unexpected and observant in its portrayal of youth.

Muteum was a favourite amongst the jury for its skilled animation and design, as well as for its playfulness and humour. A group of children on a exhibition tour of some of the world’s most remarkable art, are regularly silenced by their strict teacher. Upon getting rare moment to run amok, these wonderful, mischievous characters ask us to take a nice wink at ourselves and to not always take our history so seriously.

A woman caught up in the speed of her everyday routine, begins to notice how quickly time is passing by her. Told through some wonderfully surreal storytelling, we see the protagonist desperately trying to reconnect with her boyfriend. An intelligent, self-aware ending, where the artifice of animation reflects the artifice of life.

Apart tells multiple stories of grief through a combined format of animation and documentary. This universal theme is explored through several re-tellings that are deeply personal and at the same time illustrated with a deftness of hand that is both relatable and rich with association.

An intimate portrait of brave young drag queen, expressing himself through performance. At the film’s heart, is a compelling moment between father and son; an older generation learning how to accept the freedom of the new with great understanding and compassion.

Last Call impressed the jury with the sometimes overbearing difficulty of the everyday, told from the point of view a remarkable and humane central character in a difficult socio-economic position. The heroine brings us on rollercoaster of a day, that illustrates masterfully the hope of change versus the understanding of what we know, ending a hopeful note to keep moving forward.

The jury wanted to award Cherries a special mention for skillfully capturing a portrait of a young woman who is couped up in her grandfather’s house on summer vacation. What starts as a battle of generations, and the hope and disappointment of a new crush, turns into a beautiful understanding between grandfather and granddaughter. Watch out for Tereza Marečková, a star in-the-making.

The jury's choice is for a film that has been a good example of documentary filmmaking - honest, natural and illuminating. The filmmaker's camera is felt as a friendly presence, revealing the subjects' purity and charisma. It is a realistic rendition of a day to day life of a vanishing indigenous people - the Dolgan tribe. At the same time the film is reminding that childhood is beautiful no matter where you live - in tundra or in a megapolis.

The jury was touched by this story about the importance of living truthfully. In a small Norwegian village school Marius experiences the outsiders world by chance having in mind to "fix" the different apparently unsocial behavior of Frida in his class, he discovers an unforeseen, challenging, but existing and adventurous relationship which leads him to be honest with himself and the others.

In this film the spectator is confronted with Rocca, the eleven years daughter of a German Astronaut. The story begins the moment she coming from the Gagarin cosmonaut Center in Kazakhstan landed in Hamburg to live with her grandmother and to go to school in residential area in Hamburg. Her taking care, creativeness and non-conforming way of life brings joy.to the people she interacts with and changes them