Drazen Zarkovic about My Grandpa Is an Alien

“We cherish a bit of eccentricity”

Ignored by her classmates, Una has grandpa as her best friend. Until one night, when there’s strange light beams flying over the garden, grandpa disappears. Kidnapped by aliens! That’s a story nobody would believe. Until Una meets a small robot who shares a family secret with her: your grandpa is an alien! When her mother suddenly gets sick, Una and her robotic friend have only 24 hours to find grandpa and save mum. 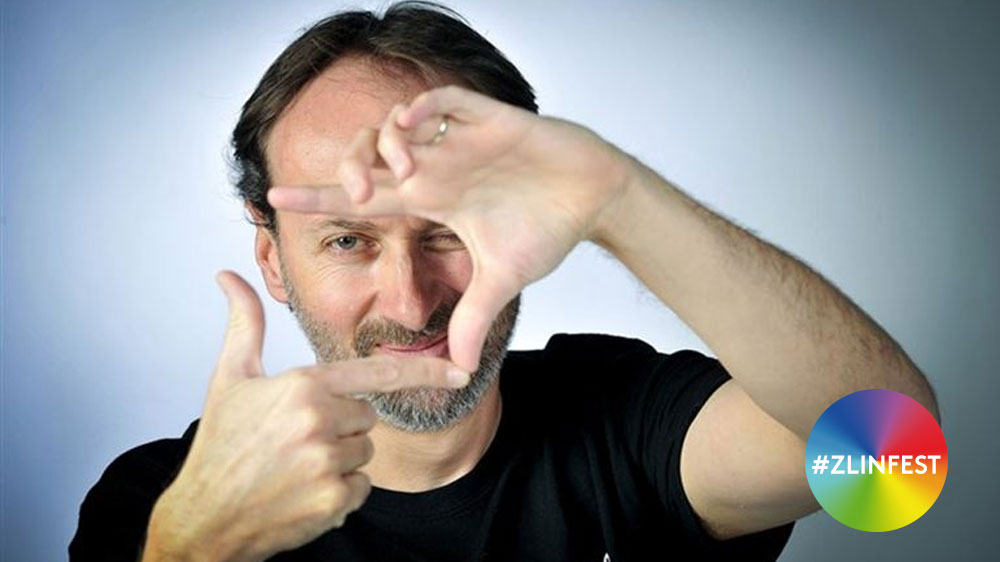 MY GRANDPA IS AN ALIEN is an original sci-fi adventure for kids, that looks utterly elegant in its visual design, not only in the very credible space scenes but also in its depiction of ordinary everyday life.

"A big part of that credit goes to our experienced DoP Sven Pepeonik. From the very begining we were aware of the fact that in the sci-fi genre we are "competing" with STAR WARS and Marvel superhero blockbusters. Throughout the entire production process we were fanatically striving for that visual "elegance", not to let down our young audience. Sven has shot hundreds of visualy stuning commercials so he was our first and only choice for this movie."

Is it also the result of working with two directors?

"Co-director (and producer and editor) Marine Andre Skop is, among many other things, also a director of music videos, in which – as we all know – visuals play a most important role. That music video expertise must somehow have been transmitted to MY GRANDPA, maybe even unconsciously."

How did you organize your tasks together with Marine?

"On a technical level, this was a very demanding movie to make, it was all about something called 500 VFX shots. That’s why we decided to split up directors’ duties, and I’m super happy we did! The making of MY GRANDPA took us almost seven years, from the first idea till the final movie. Marina and I go way back, we attended film school together, she actually edited my first student film. We share the same energy and the same taste for movies, and we tend to agree easily on almost everything. On the set, in front of the crew, our tasks were clearly divided, so everybody knew exactly who was responsible for what. Being more experienced in film making (MY GRANDPA is my fifth feature) I was dealing more with technical issues, while Marina was working with the actors. But actually we were consulting each other on every single detail. It’s super easy to have someone with you all the time with whom you can check every idea. As a director, I truly recommend it."

"Lana is a very special girl. She is actually a well-trained dancer, and therefore used to endless rehearsals and hard work. Which helped her a lot when shooting MY GRANDPA – acting out your role face to face with a robot, while two directors are feeding you dialogue lines from behind the camera, is a very complicated and strictly organized procedure. Lana is definitely not your typical "cute little girl" character. Also as a person, she has a strong opinion about almost everything. That is something they can’t teach you, you can’t act it, you simply ‘have’ it."

The film pictures family relationships with a lot of quarrelling, and a lot of warm love shared, with stolen kisses and kind words. That’s how things should be in a loving family?

"That was absolutely our intention. Marina, producer Daria, scriptwriter Pavlica and myself, we all have children of the same age (Una’s age). Our own family experience deeply marked the whole movie making process."

Mum asks her father: “Let’s try to be normal.” But at the same time, this film makes a plea for everyone’s right to be a little eccentric, to be an outsider from time to time.

"The Croatian song that Una's mother is listening to through her headphones (and also the song on the end credits) is titled "Totally different than anybody else". It was a huge radio-hit in the 80's in Croatia. Yes, we cherish a bit of eccentricity and everybody's right to be and feel different."

We’ve seen famous artists giving concerts as holograms, we’ve seen duets sang with people who died years ago, but have we ever seen a supercool duet between a robot and a girl, like Dodo and Una do one?

"Honestly, this was totally Marina's business. Because of her background in music videos and being a musician, she was always insisting to include some sort of musical sequence in the film. Initially I was a bit suspicious about it but I came around eventually and it turned out really beautiful. A professional beatboxer helped Lana to learn beatboxing, and then finally in postproduction, our ‘sound magician’ Daniel Angyal worked on it and … voila!"