International Expert Jury for Feature Films for Children and Youth 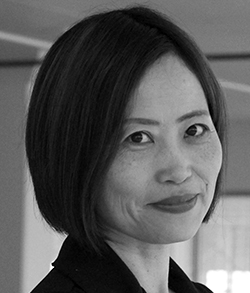 Xiaojuan Zhou / Canada
Film professional, distributor and executive producer.
She has obtained two master’s degrees, in production in China and mass communication in Canada respectively. She is the President of Attraction Distribution, a Canadian company that represents some of the most acclaimed family movies from around the world. She’s maintained long term international professional relationships and been active in financing, production and distribution as well as festivals and industry events. 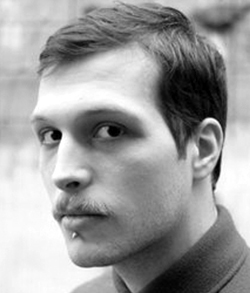 Rasko Miljković / Serbia
Director.
He studied filmmaking at the Faculty of Dramatic Arts in Belgrade. During his studies he made short films, commercials and video clips. His short live-acted productions include the films Save (2015) and Kris (2017). His feature film debut was the adventure fantasy The Witch Hunters (Zlogonje, 2018), which was screened at international film festivals. 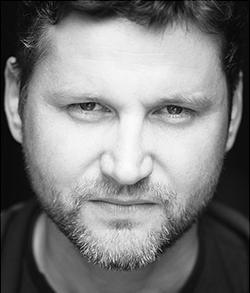 Petr Oukropec / Czech Republic
Director and award-winning producer.
He's produced great Czech films from the company Negativ, which he co-founded. He's supported the starts of directors Saša Gedeon and David Ondříček, and long worked with director Bohdan Sláma. He is also an teacher at FAMU. He has directed the successful feature films for children Blue Tiger (Modrý tygr, 2012) and In Your Dreams! (Ani ve snu!, 2016). 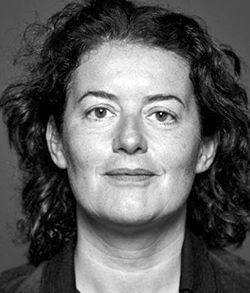 Floortje van Spaendonck / Netherlands
Festival representative and film professional.
She is CEO of Amsterdam's Cinekid Festival, one of the world's leading festival in the area of film, TV and media for child and young audiences. She is an expert on digital and visual culture and international cultural policy. She previously worked at Het Nieuwe Instituut, Virtueel Platform, and at the Amsterdam Arts Foundation. 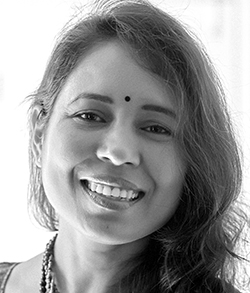 Rima Das / India
Screenwriter, director and producer.
She gained her film training as an autodidact. She made the short film Pratha (2009) and the award-winning feature drama Man with the Binoculars: Antardrishti (2016), and Village Rockstars (2017). She heads a film company supporting local and independent filmmaking in Bombay and Assam where she currently lives.

Joint International Jury of Children and Adults for Animated Films 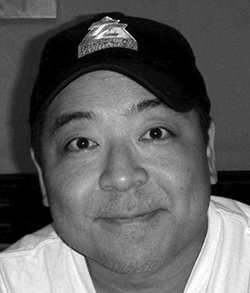 Anthony Wong / USA
Animator and Story Sketch Artist.
He grew up in Hong Kong and studied at Cal Arts, USA. He's worked for Disney Feature Animation on animation for many film projects, as well as at Pixar animation studios, where he has been working since 2004. Among others, here he has worked on animation for the successful feature films Ratatouille (2007), Toy Story 3, and Coco (2017), and short promo films. 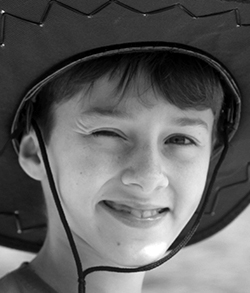 Kristián Hager / Czech Republic
Born in Prague into a Czech-American family, he is currently a student of the Kladská Elementary School with extended language teaching. In addition to school, he enjoys singing and plays basketball for Sokol Pražský. He is a big fan of good movies. 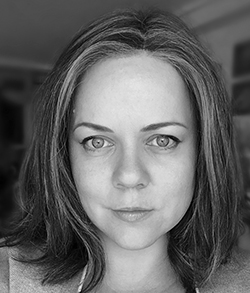 Olja Golubeva / Russia
Director, animator and illustrator.
She graduated in animation from the National Film School at IADT Dun Laoghaire in Dublin, and is currently studying illustration at Anglia Ruskin University in Cambridge. She has directed short authorial films The Last Leaf (2016) and Tricky Violin (2017), screened at numerous international festivals. She works as a freelancer and also does book illustrations. 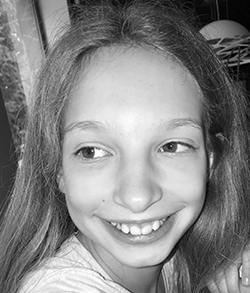 Tereza Orechovská / Slovakia
She lives in Bratislava, Slovakia, where she's in the 5th grade of elementary school. In her free time she enjoys doing athletics and sports disco dancing. She likes interesting stories in both books and movies. 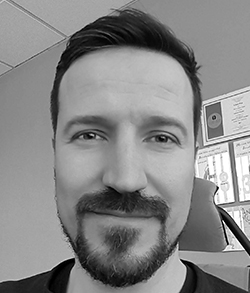 Libor Pixa / Czech Republic
Animator and director.
He studied animation at FAMU, from which he graduated with the short film Graffitiger (2010), nominated for a student Oscar. He's made the short films Psi-Cho (2005), Dreadful Accidents (Hrůzné náhody, 2007), co-directed the feature film Car Fairy Tales (Autopohádky, 2011), in which he contributed the short story Vincent. He's worked for TV, e.g. The Smallest Elephant in the World (2012) series. He also teaches at FAMU. 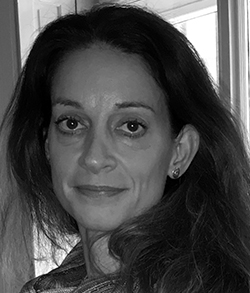 Ľubica Orechovská / Slovakia
Producer and distribution manager.
She studied theater and film science at VŠMU in Bratislava. She led the Audiovisual Information Center at the Slovak Film Institute and currently works at the production and distribution company PubRes. She worked on the Slovak-Czech projects Teacher (Učiteľka, 2016), Mečiar (2017) and Toman (2018). She is the initiator and manager of the Bažant Kinematograf traveling show project. 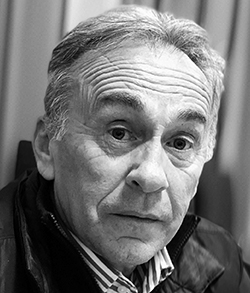 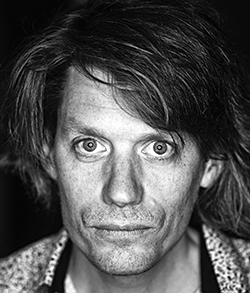 Šimon Šafránek / Czech Republic
Director, writer, journalist.
He has recorded several music videos for Czech and foreign bands, the music documentary Tributeland (Země revivalů, 2016) and the TV series Kombo and Apollo. He won the Czech Lion award for King Skate (2018). He is the author of the novels Fleischerei 36 (2008) and 23 (2005). He's contributed as a film and cultural publicist to most Czech print and digital media. 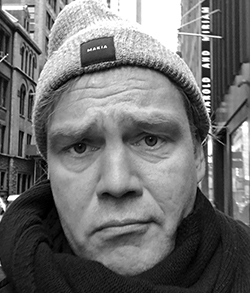 Marko Kalmari / Finland
Film organizer, popularizer and educator.
He studied art and pedagogy at universities in Aalta and Jyväskylä. He has long been involved in film and in film and visual education at various types of schools – from elementary to university. He is currently in charge of the media and audiovisual department at a school in Vantaa. 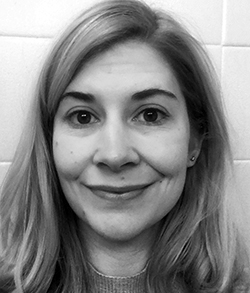 Sarah Aherno / Ireland
Film and festival professional.
She works as a dramaturge and manager of the Virgin Media Dublin International Film Festival. She studied visual communication and works as a screenwriter at the National Film School at the Institute of Art Design & Technology. She’s worked in film and TV production and distribution, graphic design, VR, and has coordinated numerous festival screenings and events. 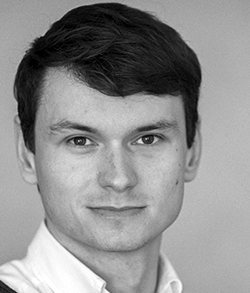 Tomáš Michálek / Czech Republic
Film producer.
He's helped makde feature, short and animated films, many of which have made their mark in the context of international film festivals, e.g. The Wolf from Royal Vineyard Street (Jan Němec), Fruits Of Clouds (Kateřina Karhánková), Totally Talking, and Bear with Us (Tomáš Pavlíček).

Kristine Simsone / Latvia
Film professional, journalist and organizer.
She studied film studies in France. As a journalist she wrote for a number of media in Latvia. She's been with the Riga International Festival team since its inception. She works as a curator of film activities for children and directs the intermedia section of educational programs for young audiences created using virtual reality. 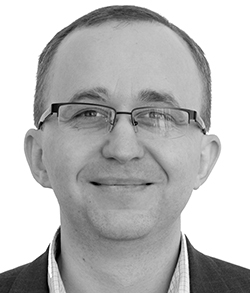 Volodymyr Diagilev / Ukraine
Film professional and festival organizer.
He is the Executive Director of the Dytiatko International Children's Media Festival and leads an association of the same name, based in Kharkov. He is a member of the Ukrainian National Journalist Union and Eurasian Academy of TV and Radio. 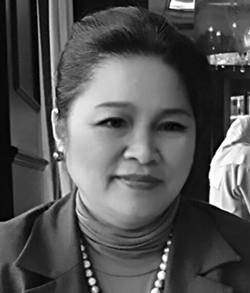 Rowena Martinez Ulayan-Tuzcuoğlu / Turkey
Film organizer, teacher and festival professional.
She chairs the local Film and Art Association for Children and is creative director of a children's film festival in Istanbul. She has long been involved in organizing activities around children's film as well as film and media education through festivals, workshops and conferences. She has an education in pedagogy and educational technologies. 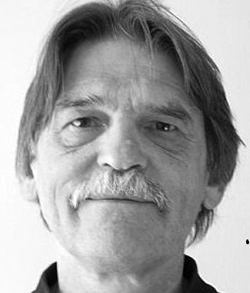 Michael Otřísal / Czech Republic
Film, TV and festival professional.
He graduated in theology and film studies. For many years he was a pastor of the Evangelical Church of Czech Brethren. He helped start religious broadcasting on Czech TV, where he has worked for many years. He also works for TV Noe. He's been a member of the WACC association, many film festival juries, and is regional coordinator of Interfilm in the Czech Republic. 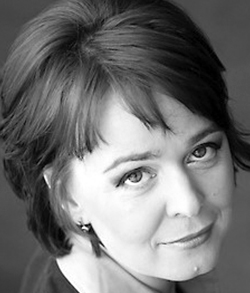 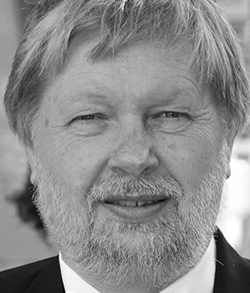 Guido Covents / Belgium
Film professional and historian.
He studied history and anthropology. He has published several books and articles on contemporary non-Western cinema, film history, and German colonial film propaganda. He’s helped make modern history documentaries for Belgian TV. He is a member of SIGNIS, a Belgian association of professional film journalists, and is president of the Belgian African Film Festival. 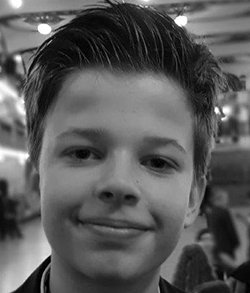 Antonín Sláma / Czech Republic
He lives in the village of Sibřina near Prague, where he commutes to the Voděradská Grammar School, where he's in his first year. He likes physics the most. He likes to watch movies and YouTube videos, read books and listen to audiobooks. He also records videos that he edits himself. He enjoys sports and traveling, especially for good food. 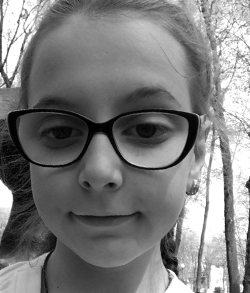 Sofiia Okhrimenko / Ukraine
She lives and studies in Kharkov, Ukraine. She's in the 5th grade of Kharkov Grammar School no. 13. Her hobbies include TV journalism and dancing. 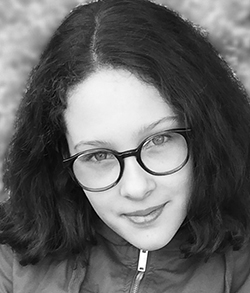 Julia Polak / Poland
She lives in the village of Pogwizdów Nowy in the southeast of Poland. She's goes to the 2nd Primary School in Rzeszów. She enjoys sports and goes skiing in winter. She likes reading books, especially the adventures of Harry Potter, and watching movies. 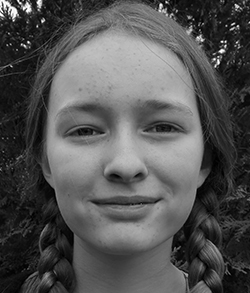 Yrja Walter / Norway
She's from the village of Eidskog, Norway. She is interested in theater and film, and in the future she would like to become a movie star. She's already made several films with her friends and enjoys editing. For several years she has participated in a theater camp and is involved in school plays. In her free time she plays ukulele, bass and listens to music. 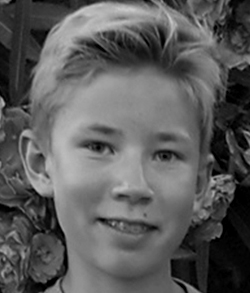 Magnus Søberg / Norway
He's from the small village of Tynset in the Norwegian region of Nord-Østerdal. He's in the 8th grade. He likes camping out in nature, where he can go fishing and hunting. In Tynset, he plays badminton at a local club and, together with his friend Muhamed, works as a film critic for the local cinema. He's also played guitar for several years. 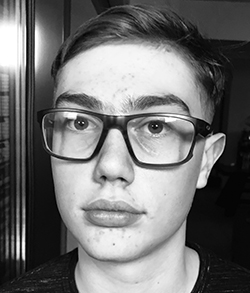 Matěj Růžička / Czech Republic
He lives in Zlín and is in the 8th grade of elementary school. He likes to play floorball and bang the drums every day – mostly to modern songs. 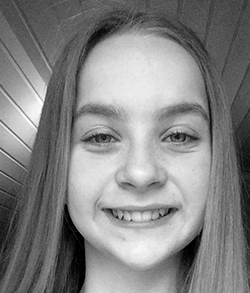 Ingvild Flikkerud / Norway
She's from Norway and is in the 8th year at Nord-Odal secondary school in Gardvik. Her favorite subjects include science and history. In her free time she likes sport shooting and watching movies and shows on Netlix. She's had roles in two films and video clips. 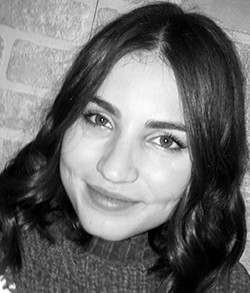 Nina Petrikovičová / Slovakia
She lives in Bratislava, Slovakia, where she's in the 8th grade of elementary school. She enjoys doing artistic gymnastics and also works in the amateur theater company Biele Divadlo, with which she participates every year in the children's theater festival. She has experience with dubbing films and has also starred in a feature film. 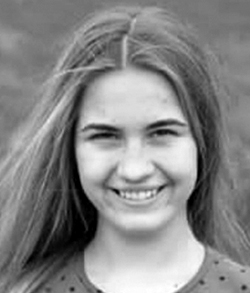 Polina Miroshnichenko / Ukraine
She's from Kharkov, Ukraine, where she is in the 10th year of the local Art School. She plays piano and plays classical music. She likes traveling, so she's learning English. She likes going to the cinema and walking with her dog, a chihuahua named Bonyu.

Šimon Konečný / Czech Republic
He's from Prague, where he's in the 3rd year of the eight-year Budějovická Grammar School. He has a basic football coach license, plays table tennis and floorball. He loves movies of all genres, snowboarding, books, guitar playing, his two younger brothers, and going out with his friends.