Bardou is a 16-year-old teenager who has recently lost his father. He lives in arid lands along with his sick mother and his younger brother. He tries to convince his mother to leave their home and the grave of his father in order to move to the village in order to have access to medical care. To do this they need money and Bardou has to get back the money his father had lent to Nasir, who lives on the other side of the desert and is unwilling to pay off his debt. During this journey he encounters a young policeman who accompanies him. "Bardou" is a story about a teenager who, in order to get what’s his by right and to deal with difficulties, has to become a man. 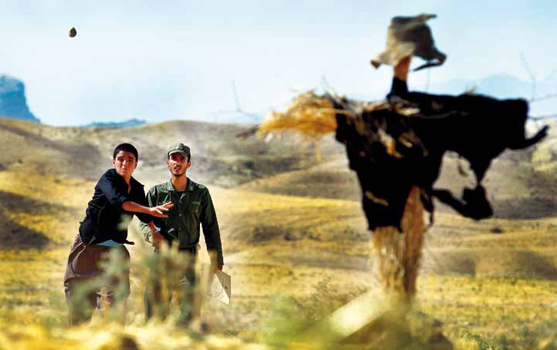