At first glance, it seems that there is still a lot of time left until the start of the festival on June 1… But this appearance is deceiving and those of our team preparing the entire festival program know it. You can now start looking forward to a rich offering of films from around the world, a varied supporting program, entertainment, and educational experiences for all ages, and much more. 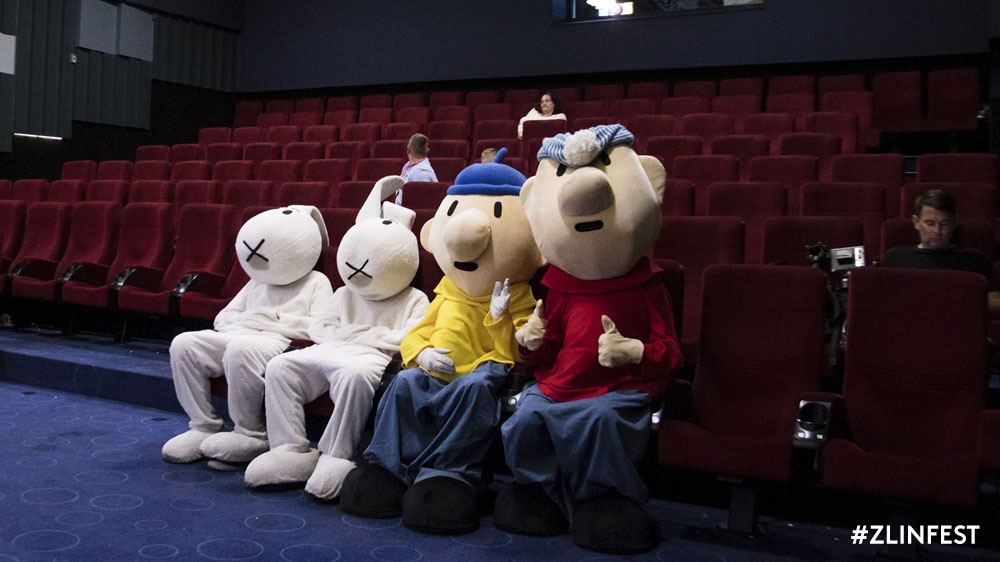 And at what stage of the preparation process are we?

-        We have finished the festival's visual motif. This is going to be applied to all festival media, materials, and advertisements – in short, to any and all formats that you encounter before and during the festival.

-        We are collecting and selecting the competition films that we will screen for you during the festival. We are intensively communicating with filmmakers and distributors so that we can present the latest premieres and interesting films from around the world on the screen.

-        We are preparing the supporting program so that when you visit the individual zones in Komenský Park, in the Freedom Park at the chateau and within it, on the main square Náměstí Míru, at the Golden Apple, on the Gahurova prospectus, within the premises of Tomas Bata University, and in other places in Zlín, you will find something you enjoy and are interested in.

-        We are dealing with the Gala Evening and other festival evenings.

-        We are signing cooperation agreements with our partners – commercial and media. We thank them and are very pleased that they stand by us and support our festival.

-        We have made hotel reservations, we are preparing invitation letters and we are contacting celebrities and rare guests, whom you will then be able to meet in Zlín at the cinema, on the red carpet, at autograph sessions, or just out and about on the streets of the city.

-        We are excited to open each package containing the film clapperboards for this year's Clapperboard Salon, and we are finishing up preparations for the Clapperboard Tour, which will start on March 7.

-        We are watching how the number of festival half-marathon racers is growing. We are finetuning the route, which will undergo some slight changes, and we are preparing for a change in the prices of the registration fee at the end of January.

-        A colleague from the program department is slowly packing her suitcases for the Berlinale festival, where she will meet colleagues from the film industry from around the world.

-        At the beginning of February, we will start recruiting volunteers, without whom our festival would never be as it is.

-        We are preparing adjustments to the website and continuously updating and finetuning the system for ticket sales.

-        We are also preparing a press conference, where we will reveal the look of this year's festival to you and to journalists on February 23 and hopefully even present its title sequence.

In short, we are planning, being creative, discussing, arranging… so that the 63rd Zlín Film Festival will once again be unforgettable and bring you a lot of film and other experiences.