Katerina Hager and Teresa Lima both look nervous and fancy - on a previous occasion Katerina didn’t expect cameras and spotlights and was therefore slightly embarrassed about her casual looks. Now she wears a beautiful necklace (“bought in Sarajevo”) and a dress… but there’s nowhere a camera to be seen. 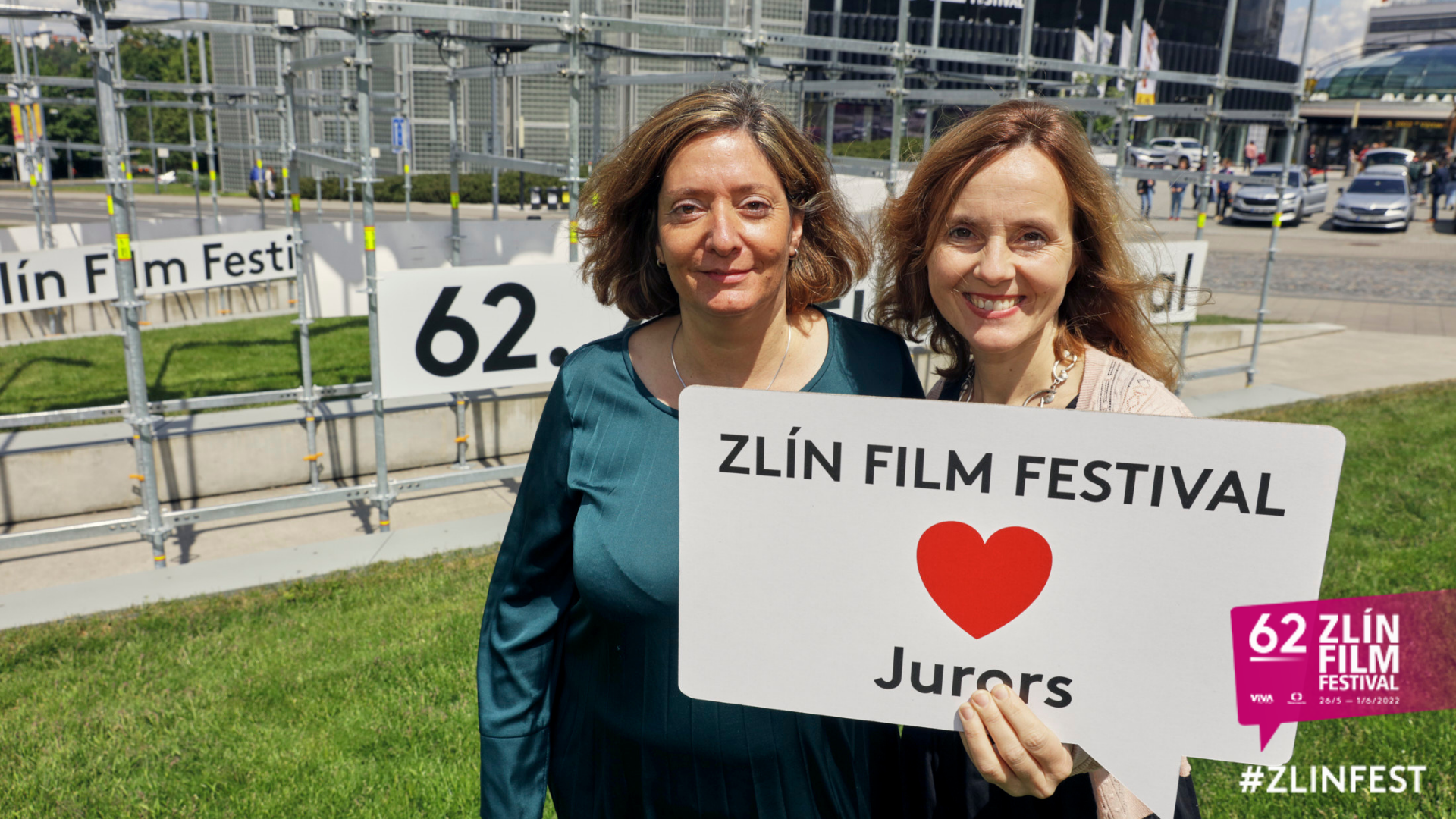 I’ve seldom seen a jury acting so united before. There’s only two of them (Alicia McGivern was forced to drop out for health reasons) and they seem completely immersed in each other. Even to my question “Who has been drinking the most this week?” they answer in unison “Me”. Is this an interview or a drinking competition?

Who has been the most talkative?

Katerina Hager: We challenge each other.

Teresa: Even when feeling embarrassed I answer you honestly… I did.

If you as a festival organiser could steal one thing from this festival, what would you take home with you?

Teresa: The chip with money to spend.

Any impressions you want to share on the city of Zlin?

Teresa: People seem to live well here in a calm, relaxed atmosphere. Maybe it feels like that because I’m coming from Lisbon, a big city.

Which mature character from the films would you like to get to know better and maybe even ask out on a date?

Katerina: Gabi, from the film GABI, BETWEEN THE AGES 8 AND 13. She was an outstanding character. Even if this film is a documentary, she is an amazing actress.

Could you introduce each other in one sentence?

Katerina: I struck gold having Teresa on my jury. She feels like a soulmate.

Teresa: I feel the same.

I ask you one (!) question to which you shouldn’t have answered the same, and still you managed to do it. Okay, here’s another one: What is the last film that made you laugh or cry out loud?

Katerina: From the ones we have seen here so far GABI made me laugh. The most moving film that I saw lately was a documentary named HOUSE OF SPLINTERS; it made me cry.

Teresa: I felt touched by RIDE THE WAVE; it referred to Portugal, which somehow felt emotional to me, even if I can’t explain why.

Could you imagine yourself having a parallel career? What would your profession be?

Teresa: I would specialise in wine-tasting; that would suit my Portuguese personality. I would also like to be a writer. Writer and wine expert sounds like an interesting combination.

Katerina: Documentary filmmaking is an extremely versatile job; every time you launch a new project feels like mastering several different jobs at the time. But I’ve always pictured myself doing something with my hands. When I get old maybe I would like to sculpt. That seems relaxing..

Can you remember a moment when you realised the young audience was much smarter than you expected?

Teresa: When we started our festival, I was already working with children as a teacher and I knew how amazing they could be. That wasn’t a surprise.

Katerina: I never underestimated children’s intelligence, not as a mother of three, and not as a director. Every time when I meet my audience for discussions I experience how smart they are; kids often have much smarter questions than their teachers. I love those debates with children after a screening.

Which topic would you like to see addressed in a young audience documentary?

Katerina: I’ll keep this answer to myself, because I want to be the one making that film.

Teresa: There are many great Portuguese poets; it could be a nice idea to combine their words with cinema. And peace is of course a subject that can never be addressed enough.

Do you have any advice for the programming committee?

Katerina: In our section a broad spectrum of topics and approaches was addressed. I was positively surprised by the selection of films. My advice would be to keep focussing on films for children more than about children, but they are so very hard to find. Given the children’s short attention span it could be beneficial to also include shorter documentaries. But the quality of the films we saw was really high.

Pick one director that you think should once make or have made a young audience documentary.

Teresa: I like the works of Krzysztof Kieślowski very much; that could be an interesting idea.

Katerina: I would be curious to see Jean-Pierre Jeunet making one of his colourful films for children. He possibly could be very successful at it.