Saturday 28 – Bubbles is a chimpanzee 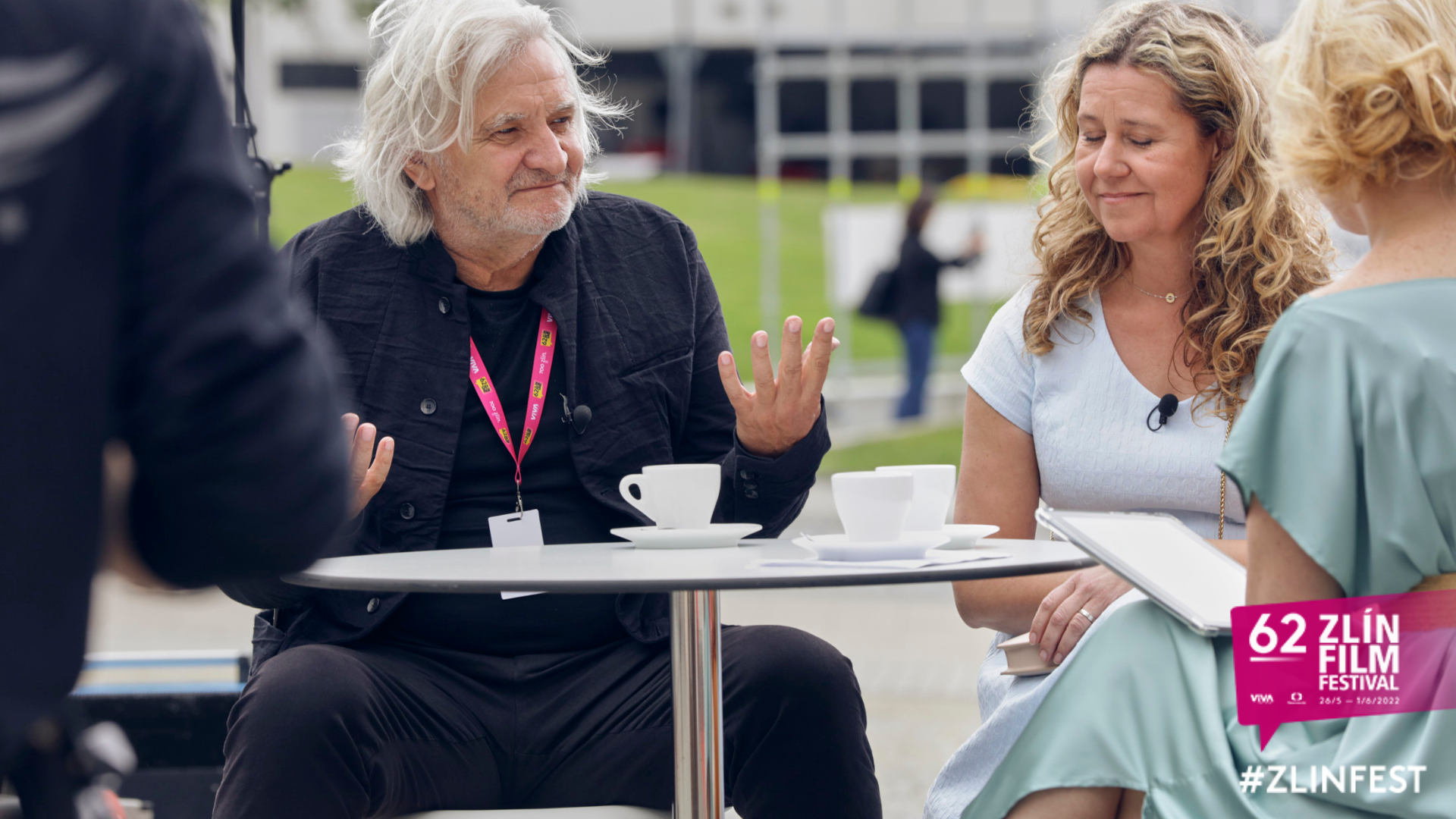 I found a lot of poetry in this quote by Filip Diviak, director of OT15, one of the projects pitched today in the Central European Children's Film Co-Production Forum. 7 projects-in-the-making were presented on stage in this joint initiative by Schlingel, AleKino and the Zlin Festival, and I try to convince them about the most prior ambition throughout the production process: premiering their film at the Zlin Film Festival! Jacek Blawut (Poland) uses the stage for a therapeutic session, Katerina Buzkova and her team from SMART & FANG take the audience on a nostalgic journey into their boy-scouting memories (I can’t help imagining them sitting on stage in short trousers), OT15 searches for beauty in an animated bare wasteland, and MAVKA, THE FOREST SONG comes with a high degree of professionalism; today’s representative arrived from the Ukrainian war zone to present the project. 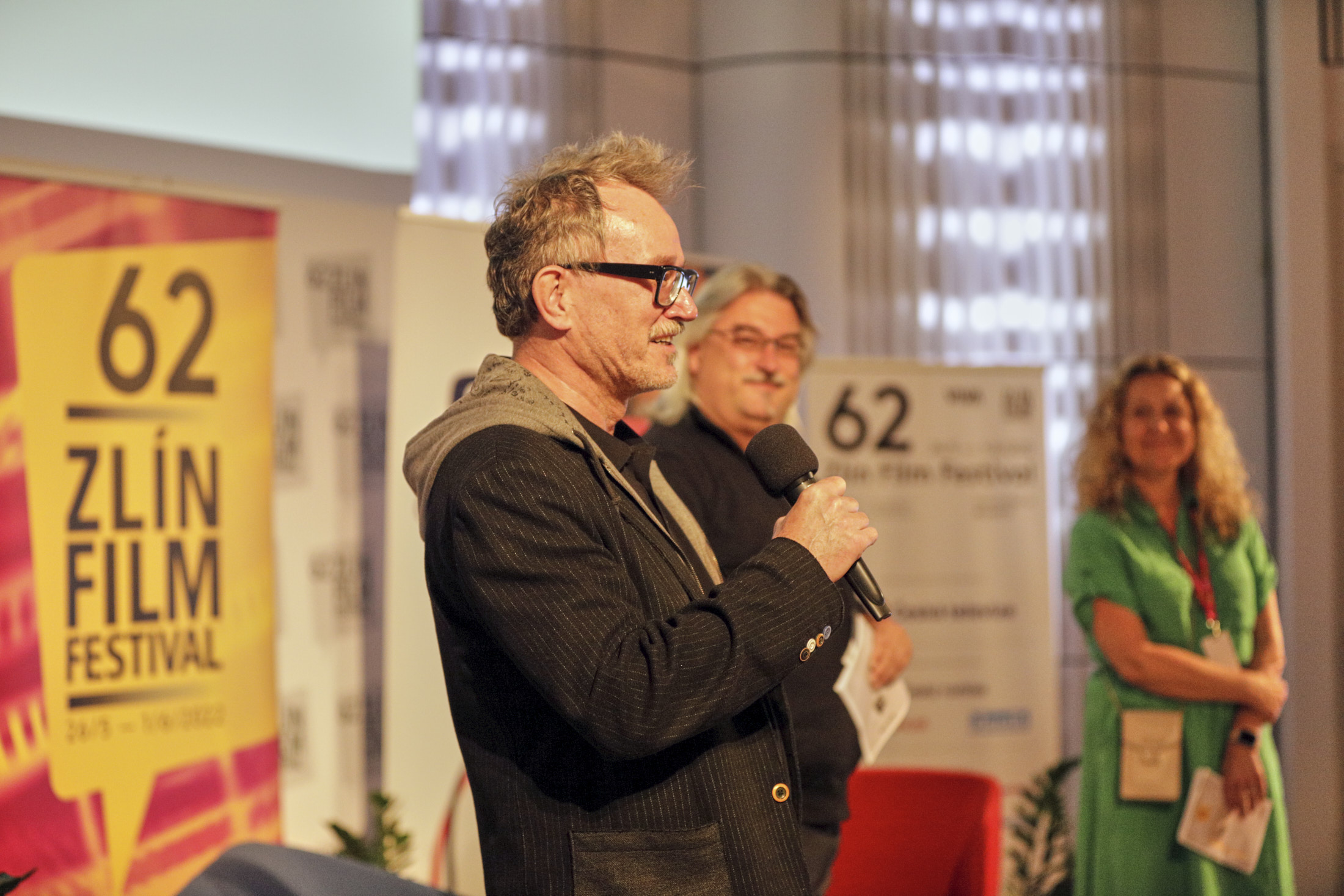 For a large part of the world this might not mean a thing, but for ice hockey nations Canada and the Czech Republic today is money time now that they’re facing each other in the World Cup semi-finals. The Czechs are taking a pounding; when the Canadian national anthem echoes through the pub Joanne Blouin is entitled to proudly stand up, ready to face the scorn of the Czechs. They let it pass lethargically; the status of their national team has now declined so much that they even don’t seem to care anymore. It's the first time in 2 years that I see Joanne again. The last time was during her festival in Montreal. In the last days of my stay there, clouds of panic were floating through the city… would we still be able to catch a plane home? Two days later, the world got locked. Now I am thrilled to finally see my most faithful friend in the industry again on familiar ground.

Although – to my great frustration – I could only find the acoustic version online (without the pulsating drumbeat that resembles so much to my personal musical heartbeat), this song expresses very much how I feel today – my eyes hollowed, my speech sense paralyzed, but enjoying the best possible company. “I'm a train wreck; I'm a mess. But I'm gonna take you dancing, put on your party dress.”

Fact of the day - Accommodation is overbooked.

The capacity of the hotels in Zlin has decreased; the festival has an overbooking rate of 50%. People have to find shelter in faraway towns where wolves howl around the hotel at night. Iris’s hotel is like the location of a Wes Anderson film, a former hospital but the IVF department is still there; the signalisation in the elevator points you towards rooms for medical treatment. In the festival pub, guests gather all their courage to start the gruelling journey back to their hotels. “Or shall we have one last drink then?” “Zlin is dead”, mutters a disappointed drunk woman in my ear, but for tonight I don't agree. On my way home I bump into Kristina. She was my mainstay during today’s forum. She hasn't eaten since, and now she's exhausted, waiting for a taxi and a kebab shop that's still open. Zlin may not be dead, but kebab shops are closing way too early.

Animal of the day: Bubbles

I’m not sure whether the Festival Bubbles – the festival’s daily online YouTube TV interviews (find them online; search for Zlin Festival Bubbles) – was named after Michael Jackson’s chimpanzee, or after the bubbles of isolation we’re currently breaking out from. Every guest receives a question about shoes - we’re in Shoe City, remember? The answers are diverse… There’s Philip Lazebnik taking off one shoe to illustrate a brilliant story (afterwards I heard he is doing that trick on every occasion, but to me it felt very exclusive), there’s Maik Cillekes (actor in BIGMAN) who is so honestly careful about his plain white sneakers, there’s Klara Hrvanovic (actress in HOW I LEARNED TO FLY) who refuses to tie shoelaces but meanwhile brilliantly takes control over the show and over her director Rasha Andric’s answers,… I have a weak spot for Corinne Destombes, who gets suddenly convinced about the importance of shoes, visits the Bata shop right after the interview, and is rightfully proud about her new pair. Next morning when I meet her in the hotel – currently known as Hotel Hotel – she shines with pride: “I didn’t even take them off last night”.