Ham Tran about MAIKA: “Vietnamese audiences do not care for sci-fi”

Things could be better for 8-year-old Hung, who is grieving the loss of his mother. His relationship with his father is strained, his only friend is moving away, and to top it all off, a greedy landlord is bullying his father. Watching the night sky, suddenly he sees a falling star that lands in the nearby countryside. Investigating the scenery, instead of finding a fallen star, he meets a new friend… MAIKA will spur all your best mood swings, dragging you from lived through drama to hilarious comedy and back, with an extra treat for all Czech audiences... 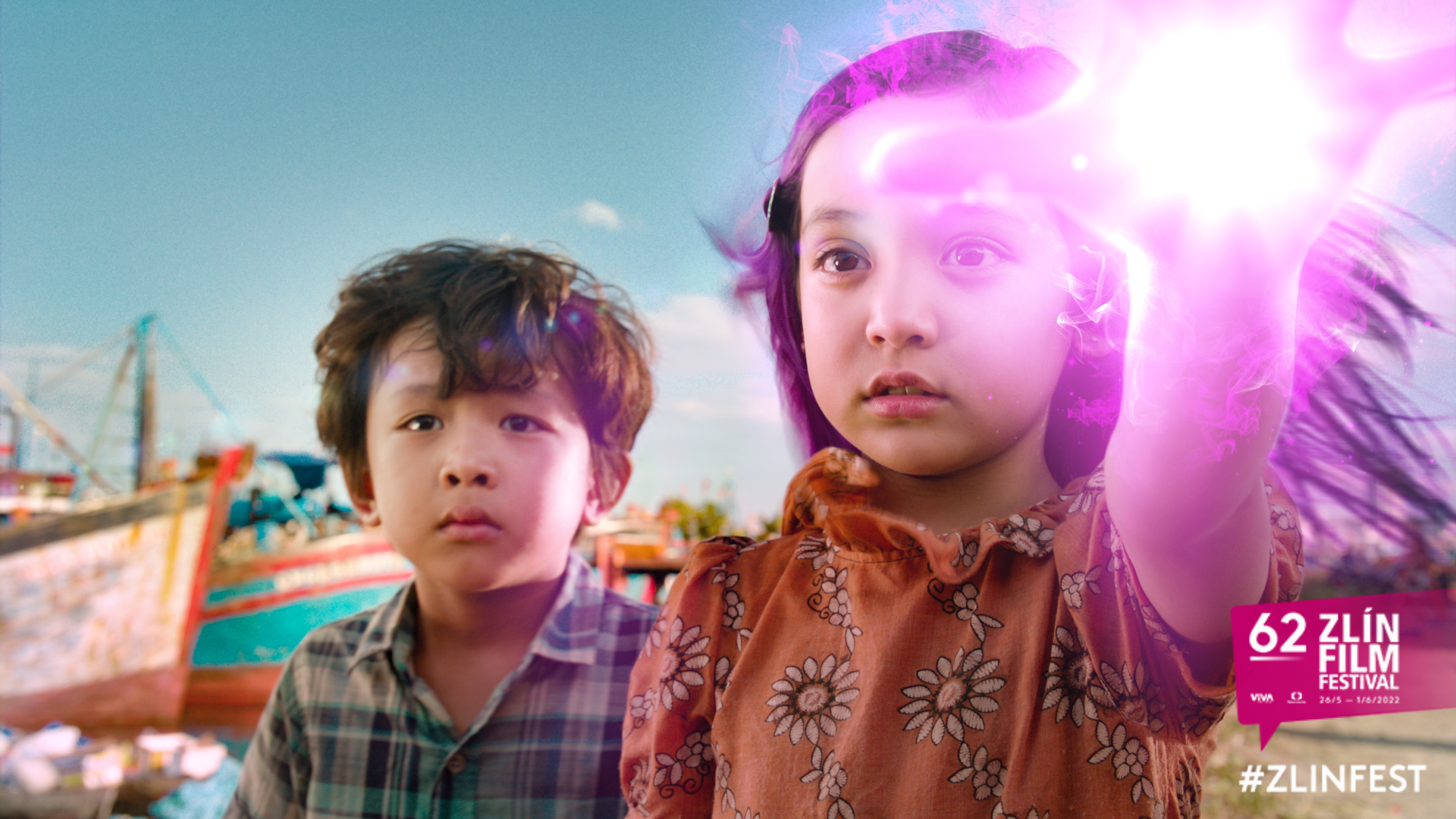 Ham Tran: MAIKA’s story origins from a Czechoslovakian TV show made in 1978 called SPADLA Z OBLAKOV (by Vaclav Borovicka) about a robot alien girl Maika who fell from the sky to the Slovak mountains. This series found a huge following in Vietnam when it was first aired in the late 1980s. The kids loved it and would wait until summer every year for the series to replay. The series focused on friendship and interplanetary communication, but the story about a boy losing his mother is part of the re-envisioned story set in Vietnam. After Hung met Maika, he is able to put his own sadness aside to help a friend. He comes to understand our memories are with our loved ones, from joy to sadness, and as long as we carry those memories in our hearts, we’ll never lose them.

The scene Hung is watching, with kids flying on a toy rocket to Bratislava, comes from that series?

Tran: Yes, we had contacted the rights holder of the original TV show and licensed two clips for our film. It took us two years, because the show was old and the author passed away in 2004. Finally I was able to pay homage to that TV show.

The opening scene drags us straight into an exciting chase with an airplane and a drone.

Tran: This drone battle was an intensely difficult scene to edit. I had to select the portion of flycam footage to use, and then use my imagination to picture how the plane would turn, twist, and flip. There were 3D models, green keys, background flycam plates, etc. involved. It looks like a lot of fun imagining the action the way a child would see it, but in fact it was a highly technical matter.

The film combines very different moods: some scenes are pure comedy, others are thrilling and exciting, and others have a deep emotional touch.

Tran: I wanted to tell an emotional story with life lessons for children while at the same time keeping it entertaining. I knew that I needed to grab the viewers’ attention in the first 10 minutes, which is why I needed something visually stimulating like the drone battle. The same for the chase scene at the end, because we needed to pay off all of the "weapons" that Hung and Beo have prepped. In between, I kept the pattern of a tonal shift every 5 minutes, all the while hiding these calculations from the viewer, so that the story feels organic.

Sometimes it feels like the main characters are the last pure souls in a world of decay.

Tran: To me children are pure souls. It's the adult's responsibility to help maintain their purity so that they don't grow up cynical, in a world where everything can be faked, and smart devices take away the experience of direct human interaction and interpersonal play. Kids need to be allowed to play!

And to fart, apparently.

Despite all technology and sci-fi elements, in the end we are all looking for the same things…

Tran: In Asian culture there's a tendency for fathers to teach their children to be strong by being stern and silent, and holding back from being emotional. What adults can take away from MAIKA is that children need love and affection, they need to hear words of kindness and tenderness, and it’s our simple task to simply be there for them.

I very much like the scene in which Hung refuses to have his bad memories erased. Can you tell about the importance of those memories?

Tran: It's a special scene for me too. The word for "remembering" is "nhớ ", and coincidentally the word for "missing someone” is also "nhớ". Hung says, if I cannot remember her, then how can I miss her. All of our emotions make up a memory; we must learn that to have happiness and love, we must also accept pain and loss. This is hard for children to learn, but the play with words makes it more simple.

Phu (playing Hu) transmits different types of energy, and always knows how to find the right tone at the right moment.

Tran: I was really fortunate to have met Phu while making a branded short film. He had a minor role of just bringing a glass of milk to his grandmother, but I noticed how he was unlike the other child actors. He kept himself entertained until it was time to shoot his shot. When the client gave us another branded short film, right away I casted him. It was the perfect opportunity to see if he could handle a more extensive role. He was fantastic. Phu has a natural way of finding his own motivations once he understands the story of a scene. A lot of filmmakers don't give children enough credits. They tell them HOW to act rather than simply explain to them WHAT is happening in the scene, and let them fill out the rest with their imagination.

How did you decide about the looks of the sci-fi scenes?

Tran: Vietnamese audiences generally do not care for sci-fi; stories taking place in space are not relatable to them. Therefore, I had to bring the story down to earth. I also tried to keep Maika's design organic; her human form has the look of a fairy. However, she needed to look special, thus the purple hair!

The film is full of smooth, sometimes funny transitions from one scene into the other. You gave your editor a hard time?

Tran: With MAIKA being the first family sci-fi, unfortunately our initial editor did not know how to work with our footage. I had to ultimately recut everything from scratch myself. The first cut was 160 minutes long. The Sundance deadline was coming up and my producers told me that in less than two  months I had to cut the film down to 100 minutes. I was fortunate that two editors with whom I had done several commercials were available. With their help, I was able to do it, at the cost of lots of stress and sleepless nights.

Do you have a personal message for the people at the Zlin Film Festival?

Tran: Thank you so much for selecting MAIKA. It has always been a dream of mine after we made the film, to share it with audiences in the Czech Republic, as a way to come full circle for Maika. Thank you for making my dream come true. I only wish that I could attend the festival in person, but alas MAIKA is being released in Vietnamese cinemas nationwide on the same weekend.