Camiel Schouwenaar and his BIGMAN

Dylan and Youssef are best friends, and football is all they dream about. When Dylan ends up in a wheelchair following an accident, he must come to terms with his new life. His dad – and former coach – wants him to accept his disability and keep football from his life, but Dylan is determined to play again. Will Youssef choose to ditch or support him? 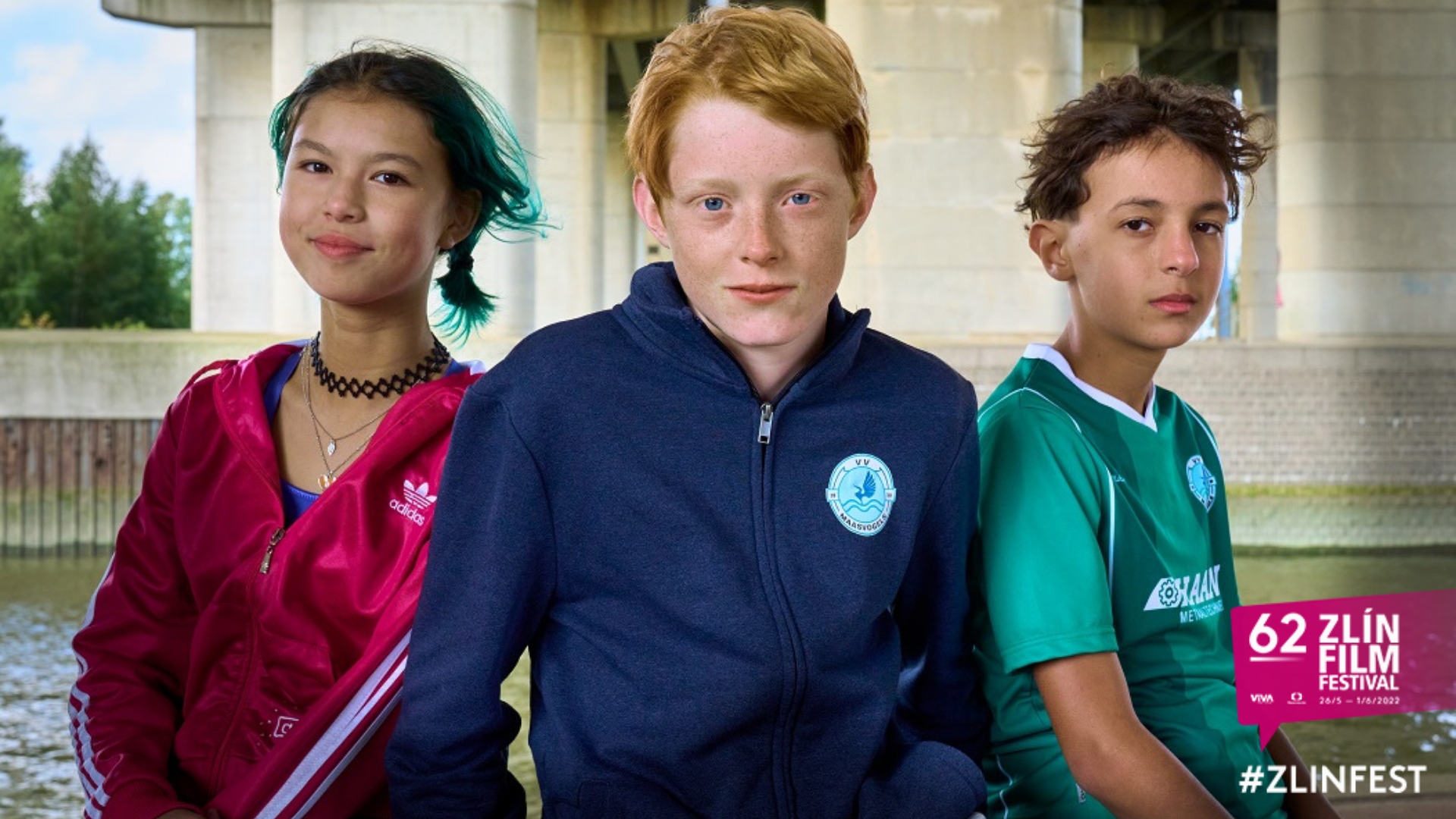 A festival edition without a new football film would be unthinkable. Often there’s more than one; more than any other sport, football seems to be the ultimate backdrop for telling stories about brave young people. But BIGMAN tells a story we haven't heard before.

Camiel Schouwenaar: BIGMAN is not a typical sports film with fixed formula scenes about winning and losing. The story is inspired by Job Tichelman’s childhood, our scriptwriter who has a disability himself. He comes from a football crazy family, and his two younger brothers were fanatic players. As a child he loved the game so much and wanted to join them. Determined as he was, he learned himself playing football with his hands, upside down in his wheelchair. He is the only person I know who can do this; it is so exhausting and hard to practise. It has always been Job’s dream to make a movie based upon his childhood memories. Now BIGMAN is out!

The energy of the football scenes on the square and in the streets are a great opening. These are boys who can't live without football!

Schouwenaar: We wanted to open the film with a positive, dynamic vibe, as a proof of Dylan’s carefree life. He enjoys playing football with friends, and discussing football with dad. The joy that football brings is the motor behind our story. When ending up in a wheelchair, the only thing Dylan wants is to play football with Youssef again. Our story is set in the streets of Rotterdam, a big harbour city. People have a typical saying there: “Work, don’t talk”. That’s also Dylan’s spirit; he works hard and would try anything to recover.

What was the biggest challenge for main actor Maik Cillekes? Doing the football scenes or riding the wheelchair?

Schouwenaar: The football scenes for sure. Maik Cillekens (Dylan) is not exactly a superb football talent. I knew that with the right shots, choreography and editing, we could make the audience believe in his talent. But Maik’s real talent is in his passion for wheels. He is a biker; he knows a million tricks on his bike. In our very first wheelchair rehearsal he immediately did a wheelie. That was great! He had such fun learning how to master all the skills and tricks. Job taught him how to control the vehicle, going fast, climbing in and out, and of course the football game in upside down position. They trained so hard!

Dylan's reactions of frustration and anger are not exactly charming, but totally and deeply human. How did you secure the understanding from the audience?

Schouwenaar: Job and me created a universal story; both children and adults can relate to loss and failure, and how it leads to anger and frustration. And everybody wishes for Dylan to walk again and play with his friends. When things don’t turn out as planned, he doesn’t give up. Such a tenacious nature is what everybody envies him for. In the first drafts of the script Dylan was even more frustrated, in a way that you could easily dislike him. We changed some scenes and made him the stubborn, tempered character that you still can identify with. The moment I casted Maik as Dylan, I knew this was no longer an issue; Maik is also a strong individual, but a sweet guy as well.

What's the role of the "dream character" appearing in Dylan's daydreams?

Schouwenaar: One of my inspirations was the film LOOKING FOR ERIC, in which footballer Eric Cantona simply appears in the life of a troubled postman. We did the same with the famous YouTube street footballer Touzani. Different from dad and at some point even from Youssef, Touzani’s solidarity is unconditional. When Dylan is down, the famous Touzani is encouraging him to fight back. He feels true and real, giving Dylan the right advise, as if he was a close friend. We didn’t want to make him a mythical figure, just someone helping a boy in need. The funny thing is that this imaginary friend at some point will show up as real person.

After every ray of hope comes another disappointment for Dylan, time after time again. Is that the story of this film, or simply the story of life?

Schouwenaar: The story of our film. Some people have to face a lot of misfortune, others don’t. We made a film about a boy who has a hard time accepting his disability. The harder he tries, the harder he falls. Thus we are telling a story of strong will, independency and empowerment. If you want something, go for it. Every attempt, with the help from his friend, brings Dylan closer to embracing his new life.

Parents getting over- involved with the sports careers of their kids are a well-known phenomenon. I guess you didn't have to look far for inspiration.

Schouwenaar: Youth football culture is immensely popular in the Netherlands. Every village has its own club, and on Saturdays, all parents encourage their children on the pitch, like a family tradition. For many years I did the same for my sons. This was a huge inspiration for the film indeed.

The helplessness of Dylan's parents is painful to watch. There simply isn't a ready-made codebook on how to deal with such situations.

Schouwenaar: Everybody might respond to it differently. When your child gets disabled, the natural response is to protect and nurse it. But some parents don’t know how. We show both sides of the coin through Dylan’s caring mother Marjan and his clumsy father Dennis. Despite being in a wheelchair, Job’s parents let him play outside like all other boys. He sometimes came home with bleeding knees after falling from his wheelchair. His mother stuck a band aid on the wound and Job went out on the street again. This was a very important theme for us to show, if parents want to see their children grow up as happy self-confident individuals, stop over protecting them.

Bonus question: what does Feyenoord mean to you?

Schouwenaar: Honestly… I don’t have a passion for football. Job on the other hand is a diehard football and Feyenoord fan. The Conference League finals for sure will be his most exciting evening of the year.