The international competition of feature films for adolescents from the age of 11 will again present six films from around the world. Their heroes must face family grief, war threats, the hypocrisy around them, losses, or financial difficulties. In addition, they experience first loves, unconditional friendships, and new life hopes. 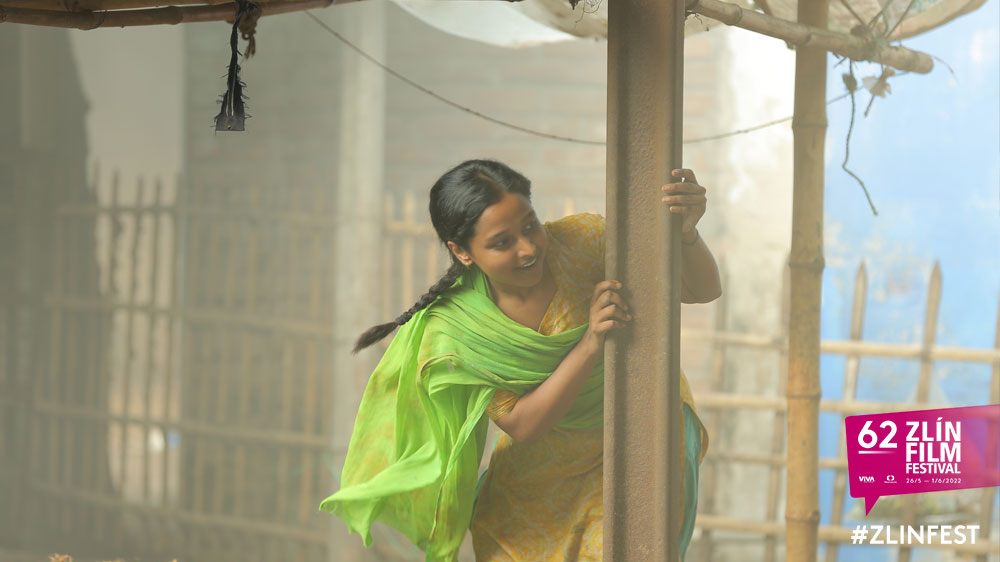 The only animation in this competition is the co-production film Where is Anne Frank (2021), which ranks alongside other adaptations of the extremely interesting and world-renowned story of a young Jewish girl - Anne - and her family. This time, the authors added a parallel story of Kitty, Anne's imaginary friend. Kitty finds herself in present-day Amsterdam and, with the help of young Peter, tries to find out what's happened to Anne. This provides a new view of the Holocaust for young audiences. The director of the film is the Israeli director Ari Folman known for his animated documentary Waltz with Bashir (2008). The film Where is Anne Frank took part in the Cannes Film Festival and will have its distribution preview in Zlín.

A book also served as the inspiration for the makers of another candidate for the Golden Slipper for Best Film for Teenagers. This is the novel Comedy Queen by Swedish author Jenny Jägerfeld, which was filmed by director Sanna Lenken. Her previous film My Skinny Sister (2015) competed in the youth section at the 55th Zlín Film Festival. The emotional story of 13-year-old Sasha, who despite her immense sadness over the death of her mother, does everything to make her father laugh again. Maybe she'll even become a stand-up comedian. The film was part of the main competition at this year's Generation in Berlin.

The third irresistible heroine of this competition is an artistically gifted girl named Naima; she and her family are among the poorer part of Bangladesh's population. After her father, a rickshaw driver, gets seriously ill, Naima must take on the role of breadwinner. She goes to the big-city jungle of Dhaka, the capital city. To make money for her father's medicine she disguises herself as a boy. Rickshaw Girl (2021) is a story about hope, courage, and family love and was filmed based on the world-famous novel by Mitali Perkins.

The pitfalls of adolescence, this time in love, must be faced by 13-year-old Bharat, who lives in an apartment complex in the conservative suburbs of Mumbai. What is the story behind the arrival of the beautiful young tenant Meera? She disrupts the natural order of the locals and the adolescent life of the main hero Bharat. The Indian-American film The Tenant (2021), reminiscent of the legendary Italian Malena, was filmed by the director Sushrut Jain and experts in Bollywood film will recognize the famous actress Shamita Shetty playing the role of Meera.

The big surprise of this section is the Tunisian film A Second Life (2021) by director and producer Aniss Lassoued. This is the first Tunisian film to take part in the main film competition in Zlín. A Second Life is the powerful story of 12-year-old Gadeha, whose poor family gets a second chance at life through a generous, wealthy family. However, there are hints of mystery that Gadeha's mother carries with her that are beginning to disrupt their well-being and joy.

The 62nd Zlín Film Festival will host the world premiere of the Dutch film Bigman directed by Camiel Schouwenaar, who competed in Zlín in 2020 with his short animated film Blind Date (2019). In this story as well, the protagonist must overcome obstacles. This time to go down a path of knowledge to learn something not only about himself, but also of his loved ones. The promising footballer Dylan refuses to accept the fact that he will never play football again after a car accident. His love for this sport is strong, but his love for his family and friends is stronger.

Tips from the dramaturges:

The story of 13-year-old Sasha, who, despite her immense mourning, refuses to cry. She decides to become a stand-up comedian. Most of all, she wants everyone to laugh again – especially her father.

Thirteen-year-old Bharat tries to cope with the dangers of growing up in a conservative suburb of Mumbai. Meera, a beautiful modern woman from the big city, moves into his neighborhood and instantly stirs things up. Bharat is completely transfixed by her and hopes for a reciprocal, albeit unusual, friendship. But Meera's dark secret from her past will get in the way, and Bharat faces a dilemma: Is Meera a woman of low repute, as everyone says, or is she the clever and sensitive person he knows?

The life of 12-year-old Gadeha is losing color and flavor due to the lack of a father. However, thanks to a twist that fate has prepared for him, Gadeha gets a chance at a second and much more colorful life. But nothing comes for free.