The largest and oldest film festival for children and youth in the world returns to its original spot in the calendar. It will start in three weeks in Zlín and will present 276 films from 49 countries. The Golden Slipper will be awarded this year by the organizers at the beginning of the festival to Pavel Zedníček and at the end to Karel Heřmánek. The 62nd Zlín Film Festival will take place from May 26 to June 1, 2022 and will open with the world premiere of the feature-length animated film Journey to Yourland. 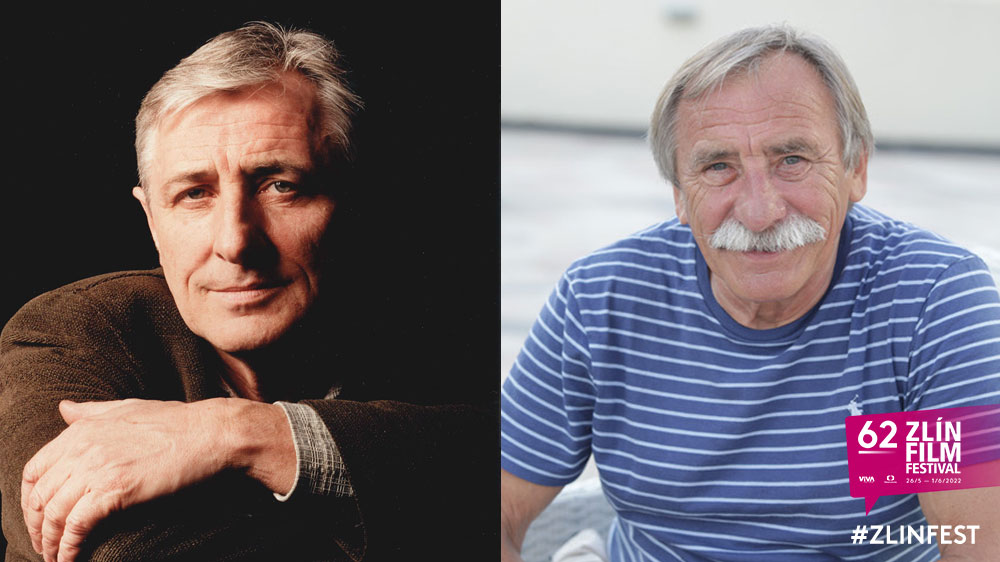 After two non-standard years, when the Zlín Film Festival was held "live" in September, it's returning to its traditional spring term in the festival calendar.

"We are glad that we can finally offer the festival again during the period our audiences are used to, and that we will again celebrate Children's Day during it,"

said the President of Zlín Film Festival Čestmír Vančura, adding that, looking back, he considers it almost a miracle that the festival's continuous run was not interrupted during the Covid period.

The 62nd Zlín Film Festival is presenting a total of 276 films from 49 countries of the world. Festival audiences will once again have the unique opportunity of seeing the world of children and adolescents through films from traditional and less common film locales, such as Bangladesh, Chile, Tunisia, Vietnam, India, and many others.

"Although only seven months have passed since the selection of films for the previous festival, which was held exceptionally in September, we have managed to compile a very good program with many premieres. This is quite complicated with regard to the children's film sector,"

You can find the complete film program on our website. As a tasting, we have prepared a film trailer for this year. You can watch it here.

The morning opening film of the festival will be a feature-length animated 3D film Journey to Yourland, which was created in Czech-Slovak-Belgian co-production. In Zlín, it will be presented to moviegoers in its world premiere and distribution preview on Thursday, May 26 at 10 am with a large delegation of filmmakers and actors. Significant voices were lent to the main characters by Jan Cina, Jan Vondráček, Klára Issová, Martin Myšička, and Václav Neužil.

As part of the evening opening, audiences can look forward to the German film The Path. It captures the exciting story of a little boy wandering through the mountains from France to Spain to get to America to escape the war.

"The makers of the film weren't thinking about the current geopolitical situation today when they orginally came up with the topic of immigrating to escape a war,"

In connection with this year's celebration of the 700-year-anniversary of the first written mention of Zlín, the festival will also highlight important personalities associated with this city. Together with music publicist Pavel Klusák, the organizers will commemorate 100 years since the birth of film music composer Zdeněk Liška through the film Music Zdeněk Liška with a discussion. The premiere will also feature a TV documentary about the Zlín native Petr Nikl, The Solstices of Petr Nikl, with his participation.

The Zlín Film Festival will screen the first preview of the animated family film Where is Anne Frank?. The film is an adaptation of the internationally popular classic Diary of Anne Frank and carries an important message for young people. In its world premiere and distribution premiere, the festival will also offer a Czech-Slovak fairy tale The Cursed Cave.

The dramaturges have decided to give the Golden Slipper award for extraordinary contribution to cinema for children and youth to two outstanding actors at the 62nd year of the ZFF. As part of the festival's opening ceremoney on Thursday, May 26, one will be taken by actor, entertainer, and moderator Pavel Zedníček, who grew up in Zlín.

"I was very pleased. Not only because the Golden Slipper is Zlín-based, but also because I graduated from the Secondary Industrial Leather School, so shoemaking is not foreign to me. And I'm supposed to accept a shoe. And a golden one to boot,"

responded Pavel Zedníček to the question about his feelings upon hearing of the proposal for the award.

During the closing gala ceremony on Wednesday, June 1, actor and director of the Theatre Without Handrails, Karel Heřmánek, will also receive a Golden Slipper. He has had several distinctive roles in fairytale films for children, e.g., The Seven Ravens, The Forgetful Warlock, Krakonos and the Skiers, and perhaps his most famous is as the legendary figure of Lucifer in the fairytale Give the Devil His Due.

“I like Zlín mainly thanks to the successful hosting of our Theater Without Handrails. It is a beautiful cultural city with a deep tradition. After the award that awaits me, I will like it even more,"

Karel Heřmánek responded to the information about the award.

"We want to strongly emphasize face to face communication with a particular focus on the younger population and invite people to turn off their monitors, limit e-communication on their social network sites, and go to the cinema, to a concert, or to experience some other activity,"

explains Executive Director Jarmila Záhorová. The film and supporting programs will again offer a number of opportunities to spend some free time together. At traditional locations, visitors will be able to meet with film, theater, exhibitions, concerts, workshops, and creative studios. This year, the organizers are preparing a special zone for "teenagers" who can look forward to films intended for them, to youtubers, virtual reality, an evening party in the courtyard of the chateau, an arena for e-sports in front of the chateau, and many other activities.

"We want to offer teenagers the opportunity to actively spend their free time in a 'chill' atmosphere, as they say. There is also a special collection of TOP TEEN TEN, or 10 films that you should not miss if you are... a teenager,"

explains Jarmila Záhorová and mentioned other events from the supporting program:

"Of course, there will also be traditional events, such as the annual Clapperboard Salon auction, the MONET+ Zlin Festival Half Marathon, and Painting on the Pavement. But the concert by the band Čechomor, the theatre performance of the ART Theatre Without Handrails starring Karl Heřmánek, and the premiere of a digitized version of the The Incredibly Sad Princess, which Václav Neckář will be presenting in Zlín, is definitely worth attention."

The organizers of the festival will offer current topics through workshops for schools and the public as part of the Children Without Borders conference block. Among other things, they will answer questions about how pre-school and younger schoolchildren perceive periods associated with rapid changes in the world, how easy it is to have "radical" opinions on innocent topics, how disinformation affects us, how to recognize them, how to defend them, and others.