A Jungle of Young Souls

For the second year, the youth section is divided into two individual competitions – for adolescents from 11 and for young people from the age of 15. This year's selection for the older ones will present a palette of strong stories, emotions and figures of young people, which we find amidst conflicts affecting their future destinies or direction in life. 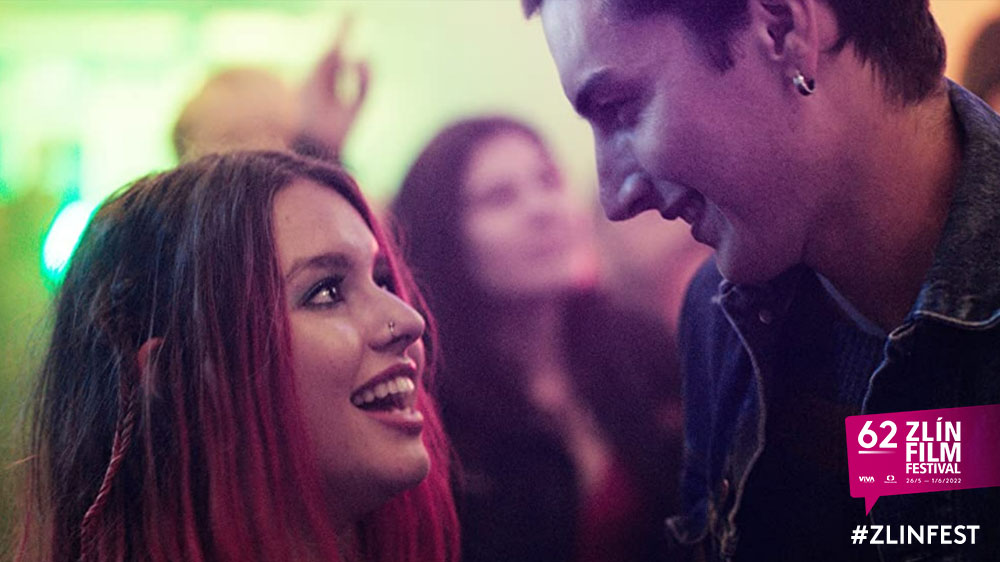 Let us start with the European representatives. A film filled with emotions, colours and strong scenes is the Swiss representative Soul of a Beast by director and screenwriter Lorenzo Merz, who, among other things, won the Ecumenical Jury Award at the Locarno festival. The ordinary story of a teenage father, Gabriel, who unexpectedly falls in love with his best friend's girlfriend. He's transformed, like his soul, into a hallucinogenic odyssey with near horror like elements.

A co-production of France, Switzerland and Ukraine produced the film Olga by Elie Grappe. It takes us back to 2013, when a series of mass demonstrations against then-President Yanukovych, called the “Euromaidan”, broke out in Ukraine. In this story of the successful gymnast Olga, who is forced to flee to safety in Switzerland, the filmmakers show how difficult it is for our minds and hearts to leave their country during its most difficult moments. The director made the sporting elements more authentic by casting the Ukrainian representative Anastasia Budiashkina.

We're going to South America twice in this competition. Chilean director Claudia Huaiquimilla returns to Zlín with her next film My Brothers Dream Awake. In 2017, she introduced her debut film to Zlín audiences, Bad Influence, whose main actor, Andrew Bargsted, she cast again in a new film. Two brothers, one correctional facility in Chile and the countless dreams of the local inmates. The tragic event at the Puerto Montt Institute inspired Claudia Huaiquimillo to write a script about a lost teenage generation in Chile's crooked social system.

Argentina's candidate for the winner of this year's youth competition is Sublime by director Marian Biasin, who successfully fought his way through this year's Generation in Berlin. Love for his best friend and love for music are the main themes of an interesting debut about 16-year-old Manu, the bassist of a garage band. The impressive camerawork, great soundtrack and fresh performances by the young actors make this teenage romance an unmissable film in this competition.

"It's easy to run away from home, but to stay and face the facts, it takes courage," says the film's main character Coast, 16-year-old Abby who lives the ordinary life of a teenager from a small port town. Her desire to leave here and devote herself to her singing passion is reinforced by the arrival of a punk band. A pair of directors Jessica Hester and Derek Schweickart will present a film about first love, parenthood, friendship, belonging, roots and love for what you have at this moment, at this time.

The Asian continent will be represented by the Indian film Scoundrels by director Aditya Sarpotdara, about three inseparable friends whose carefree lives are upended by events that will affect not only their futures. Indian films are usually full of songs and this one is no exception. The music is the spice of this coming-of-age film, in which the director cast non-actors, members of the local Koli community.

Tips from the dramaturges:

Olga is a talented Ukrainian gymnast who has to deal with a difficult life situation at the age of fifteen. It is 2013, and Russia-backed President Yanukovych is in power in Ukraine. The conditions are far from free, and Olga's mother, as a journalist, faces threats and attacks. When the situation escalates, Olga has the chance to continue her sporting career; her late father was Swiss, so she can move to his homeland and continue there. However, acquiring a Swiss passport and representing a new country means losing her Ukrainian citizenship.

Soul of a Beast, directed by Lorenz Merz, Switzerland, 2021

In a delirious summer rush, teenage father Gabriel falls in love with the mysterious Corey, his best friend Joel's girlfriend. Gabriel, amazed by his decision, is catapulted into the ruthless wilderness of his heart, into the corners of a hallucinogenic world where feelings are more important than reason and imagination is more real than reality.

Ángel and his younger brother Franco are being held in juvenile detention, awaiting trial. Despite the hostile conditions of this place, they support each other and create bonds with other boys and girls, share the routine of prison, try to stay alive, and dream of the day when they will regain their freedom. The arrival of Jaime, a young man transferred from another facility due to bad behavior, disrupts their routine. There's a rumor going around that he's planning an escape. The film is based on a true story.