Seven feature-length documentaries for young audiences will compete at the Zlín Film Festival for the European Children's Film Association (ECFA) Award this year. Seven is said to be a lucky number and we are glad because compiling a collection OF EUROPEAN DOCUMENTARIES for CHILDREN and YOUTH is a yearly challenge. And we like to overcome challenges, as do many of the protagonists of our films. 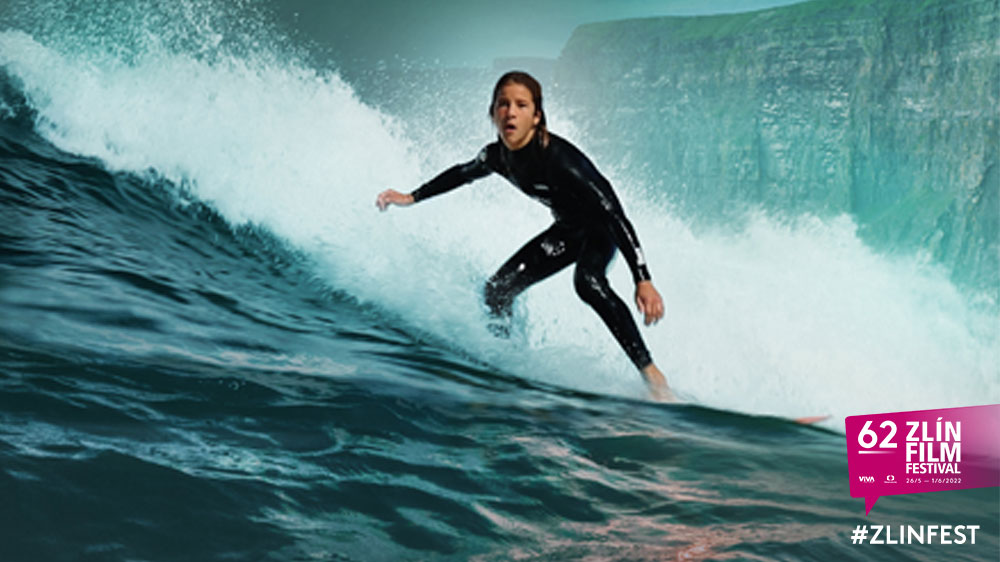 The first film that caught our attention with its visual aspect and great content was the British film by director Martyn Robertson Ride the Wave. This heart-warming documentary about a young surf champion, his challenges, adrenaline, and the power of the terrible waves in Mullaghmore, Ireland, will help you understand why people become addicted to this kind of very dangerous sport.

Another film with a positive vibe is the Norwegian documentary Hello, World by director Kenneth Elvebakk. It is a celebration of children and young people who have the courage to be different and are proud of their identity, whether it is performing, dyeing their hair, or dressing regardless of gender. And we're not the only ones who like it, as evidenced by the Audience Award from the Norwegian Oslo Pix Festival.

The French film Animal by director Cyril Dion offers an environmental theme. Two teenagers' journey to locate scientists and activists from around the world looking for a way to live alongside other species, not as predators, but as fellow citizens – for man is, after all, an Animal. The documentary premiered at the Cannes Festival and is one of those that has something to say to all generations: the youngest should lead by example and the oldest should make you think.

The Ukrainian film Boney Piles by director Taras Tomenko, which presents the life of children in the Donetsk region, is painfully topical. They were born in war or lived under it most of their childhood. Every morning, they must wade to school through mountains of rubble and bombed buildings, just 500 yards from the front line between Ukrainian and Russian troops. The documentary premiered at the Berlinale just before the outbreak of the war in Ukraine. At that time, official statistics showed there were 10,000 children living in the war zone…

The time-lapse documentary Gabi, Between the Ages 8 and 13 by Swedish director Engeli Broberg opens the theme of transsexuality and gender diversity. This sensitive portrait of the straightforward Gabi follows her transformation as she gradually awakens from a child's free-minded world into an adult guided by many stereotypes. The film resonated at festivals such as CPH: DOX, IDFA, and Ji.hlava.

An insight into a novel sport industry is offered by the Polish documentary The Herd directed by Monika Kotecke and Karolina Poryzala. Three girls from an amateur dressage club have a chance to get on the national team. This film about true friendship and team spirit had its international premiere at the prestigious Visions du Réel festival.

Dynamic, summery, and optimistic, it is the winner of the Berlin section of GenerationKplus. We are talking about the Dutch documentary Shabu. The eponymous sympathetic 14-year-old protagonist must deal with the consequences of his half-baked actions and crazy ideas. Director Shamira Raphaëla shows the creative energy of a young person dreaming of breaking away from the devastating reality of his environment. A film bordering on being live-acted, it entertains and works great due to its excellent cast.

Shabu, a 14-year-old from Rotterdam, accidentally crashes his grandmother's car. Afterwards, he spends the summer trying to make money for a car while pursuing his passion: making music. You can watch the trailer here.

The biggest and most dangerous cold-water waves in the world at Mullaghmore are a big challenge for Scottish surfing champion Ben Largo. You can watch the trailer here.

Teenagers Bella and Vipulan travel to meet scientists and activists from around the world and look for a way to live alongside other species not as predators, but as fellow inhabitants. For man is an Animal. You can watch the trailer here.