Interview with the ECFA Jury - “Underestimated and overpriced”

We present this year’s festival juries to you in a series of interviews, based on a collection of rather random questions. You might hear it about nuns in a nunnery, about girls in a band, about female students in a boarding school. When spending too much time together, a certain symbiosis might take place. Like When Julia Jarl (BUFF festival, Sweden) starts a sentence, Nicola Jones (Golden Sparrow Festival, German) will be able to complete it (and vice versa). Like identical twins. Or like two shining pearls on the ECFA crown. Third jury member Michal Sasek can’t be here due to health reasons. 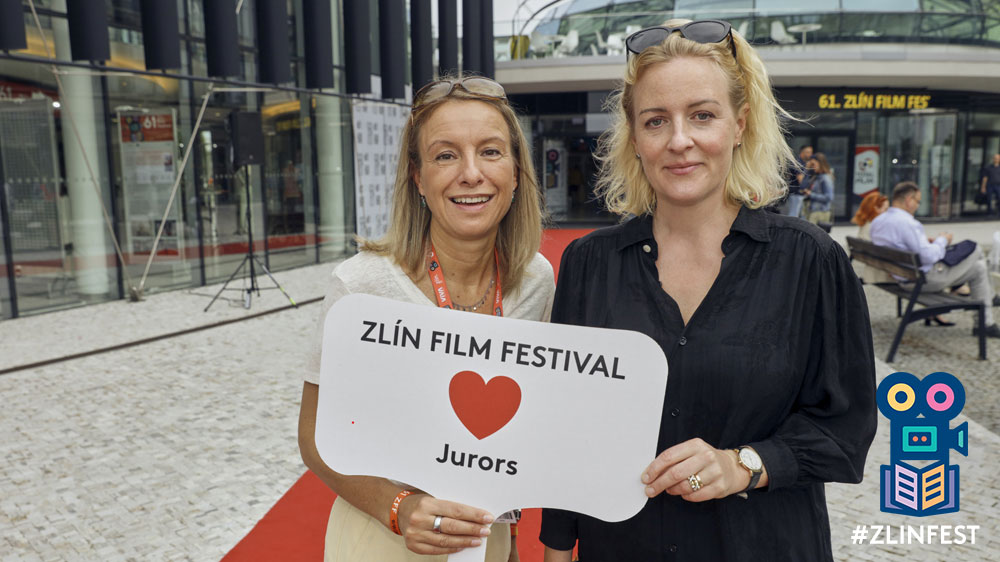 Julia: Nicola is pretty much like a German version of me.

Nicola: I would say the same. The better we got to know each other, the more we found out about things we have in common. It might have been different with a third person around, but I’m looking forward to meeting our third jury member Michal online.

Julia: At home we have our favourite film; we have been watching the wonderful skate story MID90S (Jonah Hill) over and over again; it has both heart-breaking scenes and good humour. Every time we watch it together, it makes me both laugh and cry.

Nicola: On the opening night in Zlin, I was very much entertained by MISSION ULJA FUNK (Barbara Kronenberg) . It had really my kind of humour. I can cry in basically every film; I tear up over every emotional scene, even if I sometimes hate myself for being so susceptible to every cheap trick.

If you were an actress, which role would like to have played?

Nicola: Definitely a role in which I could ride a horse and perform some physical action. Being afraid of horses, I suppose that is one of the cool things about acting, and turning yourself into an adventurous heroic character.

Julia: In GARDEN STATE (Zach Braff) Natalie Portman plays a really weird young woman; I guess it could be cool, getting all that weirdness out. I think about her character whenever I’m feeling silly. I also think about that film every time when somebody at home forgets to properly close the dishwasher. If you’ve seen the film, you’ll understand why.

If you were a festival organiser and you could steal one thing from this festival to take it home with you, what would you steal?

Nicola: The involvement of local citizens to make the festival not only an event for cinema lovers but for the entire town. All that engagement and dedication is the proof of a certain pride, in the most positive sense.

Julia: They seem to feel a co-ownership, even if the festival is so big and fancy.

Julia: There is this cliché about women and shoes, but in regards to fashion trends I also see many youngsters these days positioning themselves through the shoes they wear.

Nicola: While our kids are competing for the coolest and most expensive sneakers, in other parts of the world they hardly have slippers to wear. Shoes perfectly reflect the huge gap in this world between people who hardly have them and those who pay unreasonable amounts of money for one pair. In a way shoes are underestimated and at the same time overpriced.

In earlier days this festival always used to have one country in focus. Please suggest one country (except your home country) to shine a spotlight on in future festival editions.

Julia: I would be interested in Latin-American; let’s have a focus on Brazil.

Nicola: Is Greenland an option? I’d love to discover productions from small, underrepresented countries. Macedonia is developing strong programmes in the field of media education; maybe we can see the results in a few years reflected in the production.

The films that you saw here, what do they tell you about the young people of today?

Nicola: We saw kids from different countries and backgrounds unite through one goal, like sports, or environmental issues, which is a theme on which they seem to agree that it is super important. Once more we saw how the world is very unfair in terms of resources.

Julia: I admire the work of Sofia Coppola. Imagine her, with her particular gaze, making a family film that is shot from a child’s eye level. Another one of my heroes is Andrea Arnold, who already made brilliant films from a youth perspective. Now think about a sort of FISH TANK for even younger audiences.

Nicola: Any successful director should make at least one children’s film; it should be in the law.

Imagine you were a festival programmer with 100% carte blanche and no budgetary limitations. Which titles would you put on your personal programme?

Nicola: STAND BY ME (Rob Reiner) is one of my all-time-favourites, and it aged rather well.

Julia: TOMBOY (Céline Sciamma) is a brilliant film that I haven’t seen again in a long time. And when I saw UP IN THE SKY (Petter Lennstrand), a film that combines puppets and real actors, I was blown away; this film had everything that I like in cinema, and I never had seen something like this before. I would invite the director to come for a Q&A with the puppets.

Julia: I would like to become a flower farmer.

Nicole: Something that has to do with physical and mental healthcare, like a psycho-therapist.

Do you remember a moment when you realized the audience was much smarter than you expected?

Julia: When we screened FISH TANK for high school students, one girl came up with an analysis like I never heard one before. I guess I had seen the film already 15 times, but here was this girl who had figured out a theory that we never thought of before. Sometimes kids see things completely different from how we see them.

Nicole: KOKON (Leonie Krippendorff) tells about a young girl trying to figure out whether she is in love with boys or girls. Her mother is always hanging out in the pub and there’s hardly food coming on the table. When in a class screening for kids with rather unstable social backgrounds, the moderator asked how they saw the mother’s role, they were like ‘why?’ For them it was quite normal to have an empty fridge at home and to take responsibility at the age of 12; “your mum can’t take care of you forever”. It made me realize how our perspective on a film is always subjective, based upon our own background.