American producer Bill Gerber: When I saw the chemistry between Bradley and Lady Gaga I knew we were onto something.

A Star is Born, Gran Torino, Grudge Match, A Very Long Engagement – these are just some of Bill Gerber's successful projects as a producer. It is a great honor for us that this world-renowned American producer is going to visit us at the festival and personally present a screening of the film A Star Is Born on Friday. He will also actively participate in the program for film experts. A meeting with Bill Gerber entitled "From Rock and Roll to Oscars" will take place on Saturday, September 11 starting at 4:30 pm and will focus on his work on some of the best films of the last thirty years, including the aforementioned film A Star Is Born. 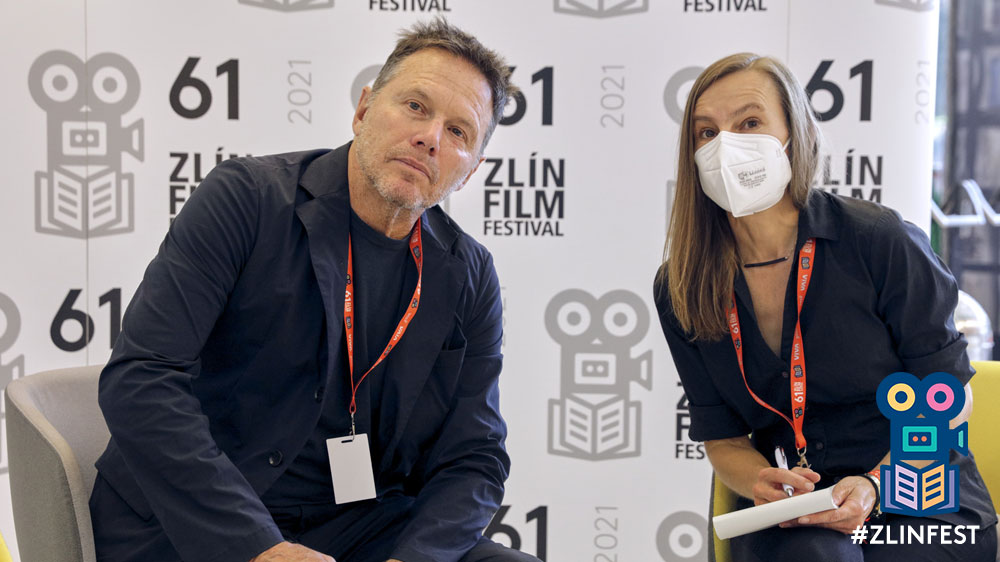 Emmy winner & Academy Award nominee Bill Gerber has spent over 30 years in the film business in several positions including President of Production at Warner Brothers Pictures. He has had a hand in dozens of movies including: LA Confidential, JFK, Heat, You’ve Got Mail, The Perfect Storm, Three Kings, and the Harry Potter series. Bill established Gerber Pictures with a long-standing first-look deal with Warner Bros. He has since produced such films as A Star is Born, Gran Torino, A Very Long Engagement and Grudge Match. He received a Golden Globe nomination for A Very Long Engagement. His hit film A Star is Born landed him an Academy nomination for Best Picture and most recently Bill received a Sports Emmy for the HBO documentary series, What’s My Name | Muhammed Ali.

The city of Zlín is like a small Czech Hollywood. Tell us, what project did we just catch you working on in the real sunny Hollywood? What are you currently working on?

I am currently working with Dustin Lance Black and Live Nation on a documentary called Rock Out about the predominately gay group of music managers from the 60’s that brought us the renaissance of pop music from The Beatles, The Stones, The Who and others.

experience and a number of film successes to your credit. Do you still remember your first experience regarding film? Is there a moment when you said to yourself – “Yes, that's exactly what I want to do! I want to be a film producer!”?

My first experience was when I was still a music manager. I did a lot of business with MTV and I was and still am very close to the founding executives there. I was approached with an idea to do a film about a promotion MTV had done with Van Halen called Lost Weekend. I was able to get the rights from MTV and sell the project to Warner Brothers and that’s how my film career started. The moment I knew I wanted to produce happened much later when I was working on a film at WB that had some significant problems and I ended up cancelling all my meetings and moved into the editing room to supervise the finishing of the movie frame by frame and I loved being focused on the one film rather than having to oversee 20 at the same time.

You originally wanted to be a drummer in a rock band, didn't you?

I did. I just never found one good enough to make it.

Your name has long been associated with the Warner Brother Pictures studio, where you also served as president. How do you look back on that stage of your life?

I was a very accidental executive. When I was offered the job as a VP of Production, I had very little knowledge of the film business and was still completely immersed in music as a personal manager. Warner Bros. wanted someone different and came to me. I feel very fortunate that I was part of the last days of non-corporate movie making. We made films because we were genuinely excited about the stories and the filmmakers. We only made theatrical features meant for the big screen.

A Star Is Born, Gran Torino, A Very Long Engagement, or perhaps Grudge Match. Which of these films was the most demanding in terms of production, and why?

Without a doubt A Star Is Born was the most demanding thing I’ve ever done. Competing in the Ironman triathlon was easier. Every day was a marathon. When you have a film that is so music driven you are making two films at the same time because getting the music right is as tough as getting the film right. We didn’t have a large budget and we had a lot of locations and many moving pieces. The logistics I had to organize between rock festivals, venues and artists was intense, but I have to say it was also a lot of fun.

Film that has resonated most with audiences recently is the movie A Star Is Born; it has won the hearts of millions of people around the world. Did you have any idea during the making of this film that it would be so successful?

How was it working with director Bradley Cooper? After all, it was his directorial debut.

If I didn’t know that he had never directed anything I would have thought it was his tenth film. Once we were rolling, he had total control of every aspect of making the film. He had spent his whole career

preparing for that moment by taking advantage of any time he could be watching his directors and being in the editing room. He is the student that became the master.

Is it true that the film was originally to be directed by the aforementioned Clint Eastwood and that the role of singer Ally was to be played by Beyoncé? How did Bradley Cooper and Lady Gaga end up getting the lead roles?

Yes, It’s true. I was working with Beyonce and her team on the movie and they asked me if I would show the script to Clint. I thought it was a long shot but he was a fan of hers and he liked Will Fetter’s script. Everything was set and then like most films one thing or another happens and a project can just implode. Beyonce got pregnant, Clint decided to direct Jersey Boys and I was left holding the bag. Bradley Cooper was the one that came to us to say he was interested in doing the film so he and I started from scratch putting it together. He took over re-writing the script in his vision and he and I went after Gaga because we thought she was right for the role. WB was not convinced so we convinced them.

You recently received an Emmy Award for the documentary series What's My Name: Muhammad Ali. What was it about this athlete that appealed to you?

My father taught me how great Ali was and it was an honor to have anything to do with telling another side of his story. As important as his being the GOAT was, it was also how he gave back to the world. He was an extraordinary individual.

You have worked with a number of directors and actors, e.g. film legend Clint Eastwood, Peter Segal, Robert de Niro, etc. What's the hardest part of working with celebrities?

I never find that hard. Everybody should do anything they can to work with Clint Eastwood. There’s no one better.

But you started out in music. You were the manager for bands like the Cars and Heaven 17. What role does music play in your work and personal life?

Music is my guiding force. It is in my head providing the soundtrack for everything that happens in my life. When I heard The Beatles “When I Saw Her Standing There” my journey began.

What is your creed or motto as a producer?

Make it better, whatever it takes.

How has the coronavirus pandemic transformed the US film industry?

The theme of this year's Zlín Festival is Literature in Film. Tell us which of your favorite books have you liked as a film adaptation, or which would you like to see made into a movie?

I really enjoyed the film of The Road. I also had the good fortune to work on L.A. Confidential a book that no one besides David Wolper and I thought could be a film. Still waiting to see Stranger In A Strange Land some day