Tonight, Valentina wants to party until she drops, as tomorrow she’ll be leaving the city. Maybe moving to the countryside will help her escape from the obstacles she faces everywhere as a transgender teen in Brazil – with peers and grown-ups, in the big city and in the villages, at the streets and in the school office. In her new town, she builds a loyal network around her, only trusting her mother and two dear friends, who somehow feel like social outcasts themselves. But when information about her gender identity leaks out, trouble might start all over again unless Valentina can learn to firmly look her haters in the eye. With boundless anger and maturity, will she be strong enough to take on one more showdown? 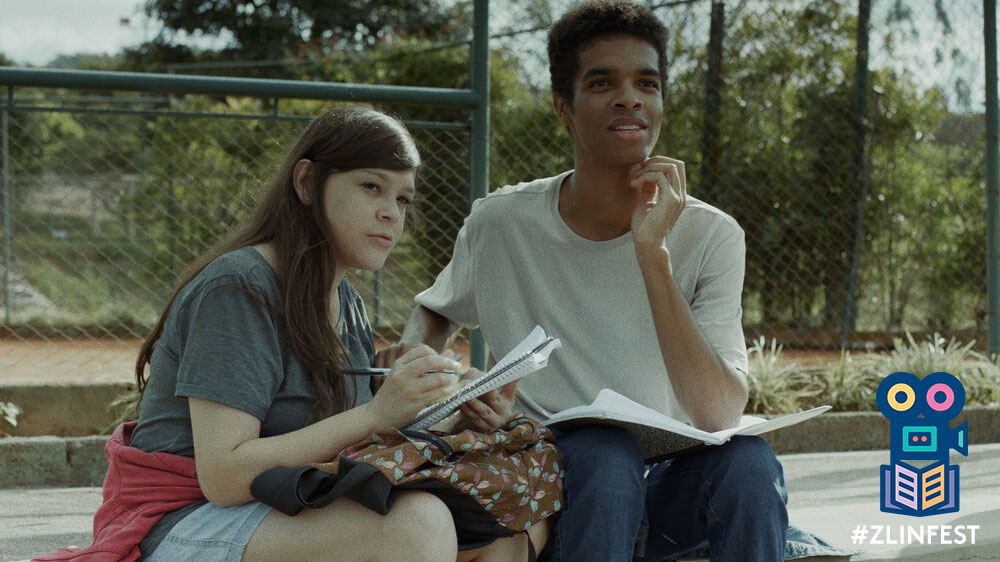 I was charmed by the impression Valentina makes in the first minutes of the film: “I am a girl, I am young, and I am enjoying my life.”

Cássio P. dos Santos: VALENTINA is indeed a celebration of life, but also shows the challenges that trans people face in Brazil. The film makes clear that society should change and learn how to accept diversity.

Those opening scenes make it easy to identify with her.

Dos Santos: First and foremost, we wanted to create a character that felt real, that speaks and appeals to youngsters. Valentina is surrounded by a loving mother and a few good friends whom she can trust. People identify with her because she's just a girl trying to fully live her life. Thiessa Woinbackks wonderful performance surely helps to achieve this instant identification.

The situation of trans people these days is a topical issue in many books and films.

Dos Santos: Art can create wonderful new worlds, but it can also reflect what is real and urgent in our society. In a quest for rights for trans people, it is vitally important to gain more visibility in films and on TV as well. In Brazil nowadays, more trans characters appear in films, soaps, and in the media in general. But we should also grab the opportunity to do much more for trans actors and actresses. We all know how visibility creates more awareness; it offers possibilities to shine a light on the challenges this community faces and to dismantle prejudice.

The obstacles that Valentina has to overcome are everywhere. Luckily, she has a mother who supports her strongly.

Dos Santos: Unfortunately, these obstacles still exist, both on a social and an administrative level, when Valentina has to deal with bureaucracy. Her mother’s role is crucial. From the beginning we wanted to create a character that was supported by a mother who gives her the strength to fight for her rights.

Fathers on the other hand are seldom around. Where are they?

Dos Santos: In Brazil, it's very common to see single mothers taking care of their children on their own, without any support. Many fathers refuse to take responsibility for their children and just vanish into thin air. VALENTINA is evidence of the strength of women fighting for their rights themselves. Brazil is a male-dominated country and, since Valentina is a woman, many of her challenges are related to how society treats her gender. Not only because she is trans, but also because she is a woman.

In one impressive scene, Valentina poses what is the most essential question of the film: “What is it that bothers you about my freedom?”

Dos Santos: It doesn’t make sense to me why society treats people differently because of their gender identity or sexual orientation. Valentina asks this question not only to confront her nemesis, but also to make the audience reflect. The film doesn’t give you an answer, but we want you to hear the question.

What helped the main actress Thiessa Woinbackk give such an impressive performance?

Dos Santos: This was Thiessa’s first acting performance and she loved it! We had our official cinema release in Brazil in August; both the film and the actress got very positive media exposure. Thiessa is now auditioning for other roles, she wants to keep acting and, with all her talent, I believe she will – she deserves to become a successful actress.

Do you have a special wish for the audience at the Zlin Film Festival?

Dos Santos: We wanted to make a film about brave young characters who could be watched by young audiences like you! We hope you’ll enjoy it!