Majid Majidi on SUN CHILDREN: “Dreams flying up in the sky like pigeons”

When you see 12-year-old Ali handling his business in the streets of Tehran, you’re looking at a boy who walks and talks like a grown man. He and his friends work and live like adults. One day they are hired for an important task; it is said that a treasure is hidden in an underground river underneath a school building. It’s only by enrolling into that school that they might be able to get their hands on the valuable goods. But for a child labourer like Ali, a school might be a more adventurous and thrilling environment than the city streets. 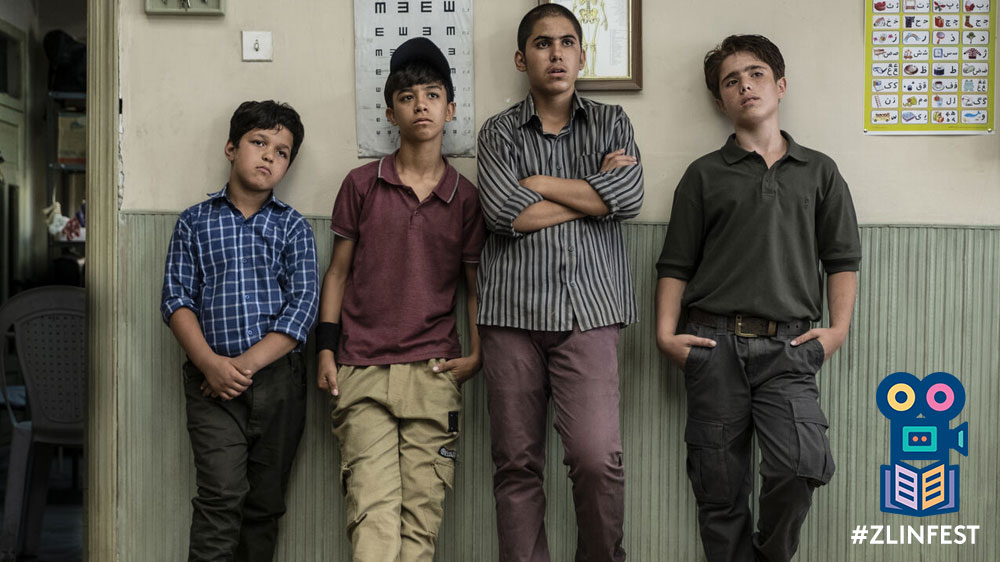 The opening scene sets the contrast of the society straight away. We see poor street children, luxury cars, and big shopping malls.

Majid Majidi: From the very beginning, I wanted to show the opposite sides of the city, bringing rich and poor together in one picture.

Then we meet Ali, who has a hand in so many different (slightly criminal) businesses at the same time. Like a juggler who has to keep too many balls up in the air.

Majidi: The story follows quite closely to the real life of the main actor Rouhollah Zamani’s. He has always lived like that, working as a child labourer. We found him in the streets, after 4 months of searching. That is why he perfectly understood his role and why his body language looks so credible. In fact, all of the young actors had similar backgrounds in child labour. Engaging them in this film was a positive thing for both them and me. We added their own life’s experience to the story, and offered them something in return.

When the boys talk about their dreams, they are very concrete and practical. They don't dream of a sports car or a trip to Disneyland. They dream of having their own falafel shop or car wash.

Majidi: These are common dreams for child labourers. They work not only to achieve these dreams, but also to gain respect. Regarded as poor nobodies, they have a huge desire to prove themselves to the world. Getting rich would be their way to look successful in the eyes of others. By making this film, we not only changed their lives but also their dreams. They don’t dream about money or cars anymore; they dream of becoming good actors. And they have succeeded. Rouhollah is working on a TV-series, and the other ones are involved in similar projects. Now that people treat them differently, they feel more respected and motivated to continue their studies. This might inspire other children to take life into their own hands.

These kids almost take on the responsibility of a parent.

Majidi: They work hard for their families. Some of them are refugees, coming from Afghanistan. With a growing number of people seeking refuge in Iran, we might now face a generation in which more and more children will be working as child labourers, being responsible for their families, instead of getting a chance to study.

When a girl in the film is arrested by the police, you suggest more than you actually show about how she is treated at the police station.

Majidi: Actually, it is not a police station. It is an office in the city hall. There she might get fined, or scolded, sometimes they might cut off her hair, but in my opinion state officers shouldn’t act like that. We should help kids to study, to learn a trade, to find a job, and to earn some money.

In the film we see a place where such kids can find help. But apparently the ‘School of Sun” lacks resources.

Majidi: These institutions are often financed through donations, but seemingly not enough to continue their work. We hope that by showing this film in Iran and abroad, we can give more visibility to such initiatives and maybe find some support. Getting an education is what can change the lives of these children.

You regularly ‘open up’ their imagination, having your camera looking up to the sky, to the roof of the shopping centre, the pigeons, the school bags flying over the wall…

Majidi: To emphasize how these children let their dreams fly up in the sky. Like pigeons high up in the air, there are no boundaries to their dreams.

The courtyard of the garage, the doors and windows, the housing block of the Afghan family… all of the colours are rich and intense.

Majidi: The locations and colours in this film are like characters, guiding us through the story and adding an extra layer of sensitivity. Some of these locations were real, others were constructed for the film. Some might appear black and white, like the lives of the main characters, but under a golden sun they grow richer in colours.

How did you shoot the final scenes in the underground canal?

Majidi: A hole in the ground and an underground river were constructed for the film, but working there was extremely tough, both for me, for the actor, for the DoP… actually for the entire crew. I often had to descend through the narrow hole and into the canal to give instructions to the actor, although I could hardly move. Those were probably the hardest days on the set.