Miryam Bouchard about MY VERY OWN CIRCUS: “Slicing tomatoes when preparing a sandwich”

When your father is a clown, does that mean your life is about nothing but fun and laughter? Not for 12-year-old Laura. She is a good student, a well-organised kid, and she dreams of a more steady lifestyle instead of this hectic, nomadic caravan existence. For Bill it is not easy to accept how his daughter has her own dreams to fulfil, that might greatly differ from his own. 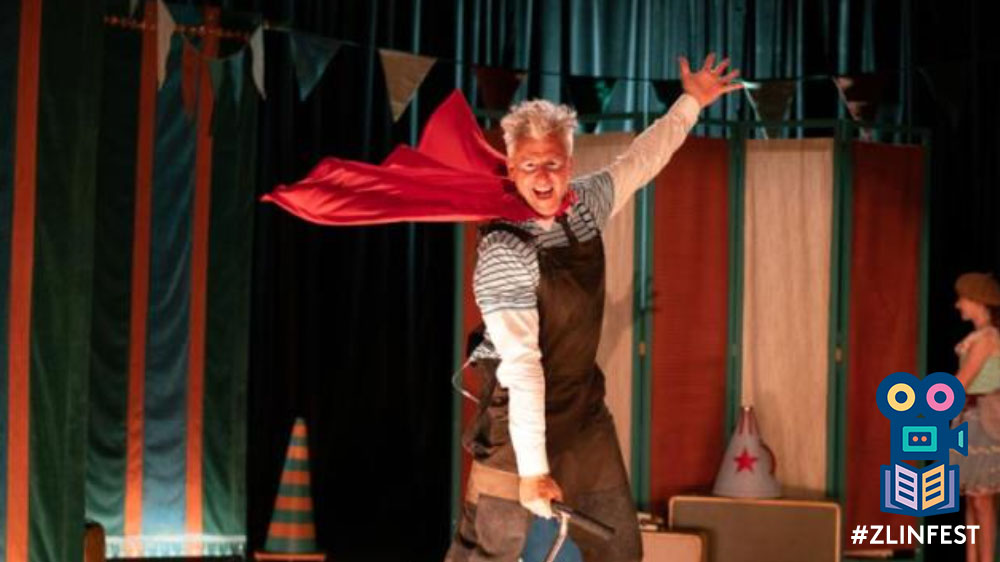 “This story is greatly inspired by my own life. My father was an actor – clown – poet, an artist and rebellious free spirit. We toured in a modified school bus that we turned into a home. For a while, I was ‘master of ceremony’ on his one-man shows, while I dreamed about the more regular lifestyle that I saw with other kids in the schoolyard,”

It's funny how Laura feels attracted by the more bourgeois things in life.

Miryam Bouchard: She doesn’t choose a bourgeois lifestyle, she simply wishes for what she doesn’t have. Teenagers, when trying to find their own voice, will often position themselves opposite to their parents. Laura, my alter ego, provokes her father by deliberately acting against his values, dreaming of more traditional ideals. If her father would have gone to church every Sunday, she would have become an atheist. If her father had lived a stable bourgeois life, she would probably have wanted to quit school and join the circus! In my case, growing up with a clown as a father, curiously enough made me a very serious child.

Parents imposing their values upon children is a well-known dilemma in film scripts, although this time it is not about the usual values.

Bouchard: Laura’s trajectory leads her further away from her father’s vision. Therefore, she must break with the long list of rules and regulations her father imposes upon her. Bill is a self-declared freeman, but his freedom comes with plenty of rules, like not to slice tomatoes when preparing a sandwich!

Circuses and clowns are often flashy and shrill, but you took on a very different visual approach.

Bouchard: The circus in its eldest tradition (often composed of an extended family with each member working as a Jack-of-all-trades) was a world of poetry, love, music, and magic, very far from the loud and noisy circuses as we know them, welcoming thousands of spectators in their immense tents.

The locations in the film often look a bit alienated. Did the outside world really look that weird for you?

Bouchard: The memories that inspired me for this movie are dated back in the ‘80s, over 30 years ago. I did not want to make it a ‘period piece’, so I decided not to be precise about the specific year; there are no iPads, no recent cell phones, no computers, no recognizable car models… All this nourishes the fable element that I strived for.

Instead you used a very elaborated, stylish art direction; the colours, the lighting…

Bouchard: Colours were very important, like the faded mint green that evokes nostalgia, as if something belonging to another time. Sets and decors have been filmed in their original state, without any modification. Only the trailer and the old couple’s apartment were entirely recreated. Then there is the melancholia that comes with the evenings scenes, with characters illuminated by the light of a campfire or Christmas decorations. We worked with natural lighting to reduce the set-up time between each take. I wanted to spare my young actress’ energy, not to impose her to long waiting periods. Bill’s scenes were shot with handheld camera while Laura was captured in travelling shots.

Laura’s gaze is strong and her statements are short and powerful.

Bouchard: Working with a 12-year-old actress often means that the first take is the best, the most natural and authentic, the ‘real’ one. Even if there are defaults or glitches, the first take is often the one in which the actress reveals herself, where she is like an open book.

What are the roles of their ‘silent companion’ Mandeep and Laura’s new teacher Patricia?

Bouchard: The presence of Mandeep and Patricia will show Laura that it is possible to be loved and accepted as we are, on the condition that we show our true nature. Mandeep is also Bill’s silent conscience, and Patricia opens a few doors towards Laura’s future.

Can you tell us something more about the moving funeral scene?

Bouchard: That scene is a homage to my father. When we buried him, I invited family, friends and – like in the movie – his colleagues: clowns, musicians, jugglers, and fire breathers were part of the ceremony. The group of musicians performing in the funeral scenes are long-time friends who knew my father well, they were our neighbours. The eldest of the group is the one who taught me how to walk a tight rope. Getting together with these people who marked my childhood days was very moving for me. The young girl putting a top hat on the clown’s coffin, is my daughter. While shooting the film, she was the same age as Jasmine Lemée (playing Laura). And it is at that moment, when recording the scene, that I realized I was making the movie for her, so that she got to know a bit more about her grandfather, who left us when she was only one year old. I wanted her to know where we come from, while at the same time realizing that she can become whatever she wishes.