Pan Nalin about LAST FILM SHOW: “A station that was nobody’s destination”

Must you be a film lover to become a filmmaker? If so, Pan Nalin, director of LAST FILM SHOW, must be a total film freak, as this story breathes a passion for cinema through every image. Once 9-year-old Samay has picked up the taste of film, he sneaks inside the theatre every day. He even infects his gang of friends with the cinema virus, and together they try to construct a film projector. Only his father, the owner of a tiny tea stall at the local train station, is not happy with his plans and Samay has to take several beatings to cure him of the cinema disease. LAST FILM SHOW invites you to a cinema in the Indian countryside, where the audience – chanting and clapping – actively take part in every screening. 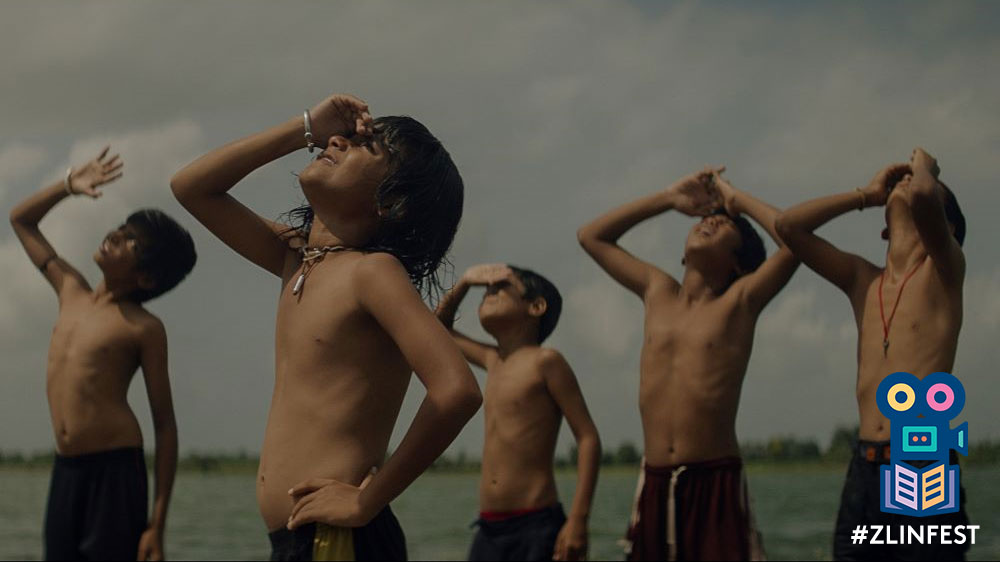 Pan Nalin: Movies have always been our medium for dreaming, our ultimate ‘escape from reality', and this idea is spread everywhere, from the deserts of Rajasthan and the high Himalayas, to the tropical beaches of Kerala and Tamilnadu.

But then, is being a filmmaker a decent profession? Samay’s father doesn’t think so.

Nalin: Things have changed enormously since India began being swept up by capitalism in the last two decades. However, in the region where we filmed LAST FILM SHOW, many people who adore Indian movies would not let their children join the industry; they would certainly discourage their daughters. Many still believe it is a glamorous world full of immoral people, there’s stories of suicides and sexual harassment, and above all the enormous greed for fame and fortune.

Even the light of the projector has an enchanting effect on Samay.

Nalin: Even before I discovered cinema, I found the element of ‘light’ totally magical; I used to bombard my parents with questions like: Where does the light come from? Who creates it? And where does it go to at night? Even when I finally came to understand the physics of light, shadow, reflections, and refractions in school, I chose to ignore them so as not to take away the magic. The adventures of Samay and his gang are partly autobiographical. Where I grew up, there was nothing except vast fields and open skies. Aside from trains, the airplanes far up in the sky were our only connection with the outside world. In addition, my mother was an excellent cook. My father became poorer and poorer as he saw his land, then his cows and, lastly, his home being snatched away by his own brothers, leaving him with nothing but a tiny tea stall at a remote railway station; the kind of station that was nobody’s destination. I had never been to the movies till I was about eight.

The film opens and closes with a tribute to India’s greatest actors, and to directors from around the world.

Nalin: Being the biggest film buff in the universe; how can I hold myself back from paying a tribute to some of the filmmakers who have left a deep impact on my life, and my work? There are numerous subtle homages integrated into the cinematic treatment of LAST FILM SHOW. If you’re not a cinephile, you might not notice them, but they are surely there.

Do the clips used in the film all come from original Indian movies?

Nalin: They surely do. These movies are very much “Bollywood”-rooted; those ‘masala’ movies come with all of the ‘spices’: a pinch of drama, action, romance, music, songs, melodrama, comedy, and true Indian megastars.

In one scene, Samay even dreams of diving into a mountain of celluloid.

Nalin: That scene was entirely shot in reality without any visual effects. My team went across India searching for 35mm celluloid prints. It was a massive challenge; almost all prints were destroyed ten years ago. The ones that remain are in archives. It took us nearly 8 months to locate and ship them, reel by reel. Rehearsing that scene, we realized there was a lot of danger involved; if you fall on these prints the wrong way, the razor-sharp edges can cause deep cuts. But our young actor Bhavin Rabari brilliantly performed the scene – not only once but five times!

Samay has a very different relationship with his mum than with his dad.

Nalin: In India most of the time mothers are more open-minded; the mother-son emotional bond is very strong here. But the fact that he gets these beatings from his father, is not a standard situation.

You show the act of ‘preparing food’ in an almost sacral way.

Nalin: This is exactly how my mother used to cook; both my mother and father had a great talent for cooking. And my sister and brother continue to do it the same way. As a kid in our house, there was only one subject that was discussed daily… food! While eating lunch, the topic would shift to what to eat for dinner, breakfast, snacks, etc.

There is a song in the film with the words “that dude is cool”. That goes for your main actor Bhavin Rabari (playing Samay) too.

Nalin: Bhavin is the coolest dude! During the casting, one thing was certain; the kids needed to be from the same remote part of Gujarat where I grew up, so that I would naturally get the right body language, the right dialect, and the right sense of growing up amidst vast empty spaces, under open skies. These kids come from modest families, they’re used to having ‘nothing’ and developed an amazing sense of innovation. Playing Samay, for a nine-year-old kid who has rarely been to the movies, was a challenge; my crew and I had to cultivate lots of patience. After all, nearly the burden of the entire movie rested on Bhavin’s shoulders.

The story is situated at the dawn of a new era; the projector is replaced by a computer, the train doesn’t stop in the village anymore…

Nalin: Life breathes on the impermanent nature of all things; Samay’s name in itself means “time”. For better or for worse, we are part of the unstoppable machinery of capitalism. Time is no longer on humanity’s side, and current pandemics, forest fires, floods, earthquakes… have proven it. We have committed unspeakable crimes on ourselves in the name of progress. It seems that each time we try to progress, we regress and the reflux of that is visible all over the planet.

As was said in your film: to become something in life, you must learn English, and leave the countryside.

Nalin: That has been true for me, and for a million other kids. If you are not a landlord, an industrialist, or a politician there are no opportunities for you in the villages. I was told this is also the fact in many African nations.

And to become a filmmaker, do you have to be a mischievous boy or girl like Samay?

Nalin: No, you must be a storyteller! And for that, you need a certain light within you, regardless of age or gender. Only from that light come the two tools required for a storyteller, awareness and awakening.