Susanne Kim on CABINETS OF WONDER: “Whenever I feel stressed, I watch guinea pigs”

It might be the most difficult quest of this year’s festival; how to summarize CABINETS OF WONDER in a few sentences? It’s more than just a film. It feels like a poem, or an opera, or a combination of both. 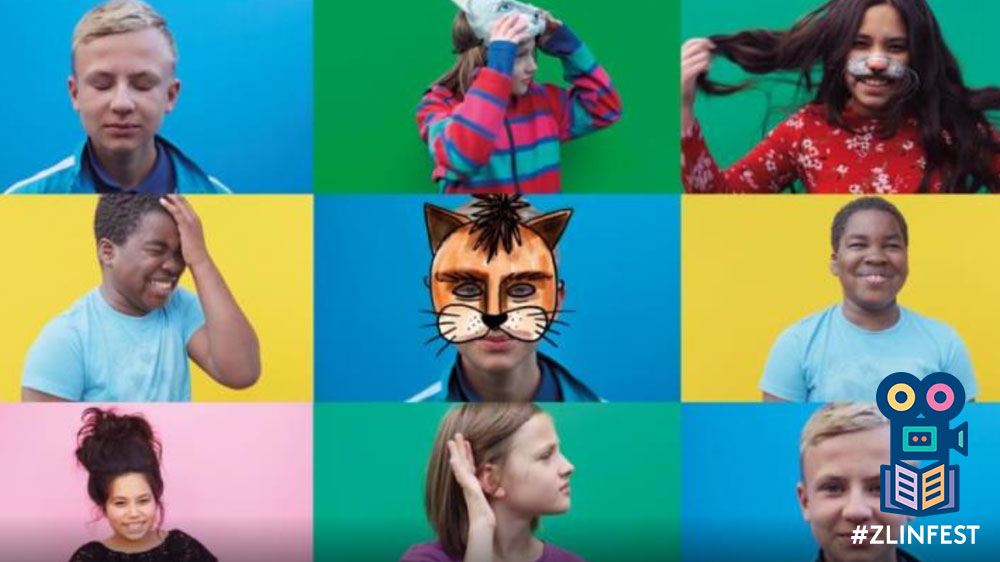 German Director Susanne Kim: “I would describe it as a very free documentary, playing with fictional elements, staging, poetry, sounds, music… everything that children bring out intuitively in everything they do. It is a cinematic journey into the inner worlds of children, into their cabinets of wonder.”

Children take us on a trip through their inner landscape, helping us to discover who they are. Wisdom connects with his Cameroun great-grandfather, who was a lion hunter. Ever since Roya crossed the ocean as a refugee on her way to Germany, she has dreamed of being a mermaid. Joline refuses to grow up, while Elias, diagnosed with autism, dreams of his perfect friend, a voice box that offers him comfort, empathy, and shelter. But how does one bring these feelings, thoughts and memories to life in a movie?

It feels like every single image, every detail of the film was well-overthought.

Susanne Kim: We developed the film together with the children. I think emotions are better expressed through images and music. For every child we searched for the right method to make them come across as vulnerable, strong, and beautiful – just as they are. We built a voice box for Elias, impersonating his perfect companion. Wisdom's anecdote about his great-grandfather defeating a lion reflects his everyday struggles with racism, or with the feeling of not belonging here. For Joline, who escapes into a childlike world, we came up with blue bugs, crawling and tickling her. Roya, who wants to dwell in memories without being traumatized every time, became a mermaid. The children wrote their own songs, built masks and props, and came up with many ideas, like Wisdom’s raft and Roya’s balloon. I then merged them with my visual ideas and luckily had a great team who constructed tree houses, lion tongues, giant bugs, and everything you could think of.

Kim: I have a white wall in my room. Whenever I think about a new film, it fills up bit by bit with pictures, objects, and notes that I find in books, magazines, on the web, and at flea markets. When emerging yourself deeply into something, it will come to find you everywhere. The result becomes one big collage. That's how I see my films, as collages.

Apparently the film comes with a VR installation.

Kim: Elias had put me up to this VR experience; I hadn't dealt with virtual reality before, but he had. It immediately made sense to me that through a pair of VR glasses you can enter the planet inside his head with all its air conditioning fans, guinea pigs and voice boxes. We then created a virtual world for all four protagonists, where you can sit on Wisdom’s raft, make Joline's blue bugs play a tune or experience Roya's dream. We're not simply reproducing the film’s images, but we're creating another level of understanding. You can play, puzzle, interact. It is like a physical experience; you really have the feeling of riding on a river or sitting in a boat. But VR and film also work independently from each other.

I’m always searching for little pieces of information to complete the puzzle; every association leads to the next one.

Kim: CABINETS OF WONDER is indeed designed as a kind of scavenger hunt, so it is okay if you feel challenged. In my experience, some adults need time to understand what the film "means", while children don't even question our way of storytelling. This is not a conventional documentary; I think there is a lot more to offer children in terms of diverse visual languages and artistic approaches.

I suppose every child on earth has a story of their own. Why did you finally select these children?

Kim: I spent time in youth clubs, after-school clubs, and playgrounds; we even had a "casting call". I wasn't looking for specific stories, but for specific children. In the end, the ones who somehow caught my eye emerged quite organically.

The children offer us an insight into their lives by showing us their most vulnerable side.

Kim: The children in the film are emotionally very smart; they know that being vulnerable is not a weakness. The experiences they have already had (and that have really hurt them), they transform them into a message: you are okay the way you are, let others be the way they are too. It was important not to expose them as victims. Through the connection of images, I want to open doors and windows, and develop a sense of community.

I suppose many of these children’s problems are caused by society’s expectations.

Kim: That was one of the basic ideas behind the project: children’s lives are dominated by categorizations like "autism" or "immigrant" or even “school results”, and the associated expectations and prejudices of adults. As a child, you can't really influence much, you are dependent.

Even if we’re dealing with serious problems, how can you not laugh about children running around in some sort of giant insect costumes?

Kim: I especially had to laugh when they started discussing politics, about “which side Mrs. Merkel is on”.

What is the story behind the mysterious presence of those guinea pigs?

Kim: Wisdom and Elias (and my daughter) both have guinea pigs. I think they are fantastic creatures. Whenever I feel stressed, I watch them for 10 minutes while they eat away, yawn, poop, jump around like little kernels of popcorn. After that, you just can't be in a bad mood any longer. In a child's world there must be many of such little creatures, we all agreed upon that.