After the trial run in May, where 8 of the films to be included in this year's Zlín Dog student film competition were revealed, the whole selection is finally available. It should be noted that this year there will be significantly fewer movies in the competition. There will be a total of 35. The main reason is that the festival dramaturges have deliberately avoided the topic of the coronavirus. In our opinion, its ubiquity, which affected the lives of all of us, should not appear too often on the screens of Zlín’s cinemas this year. 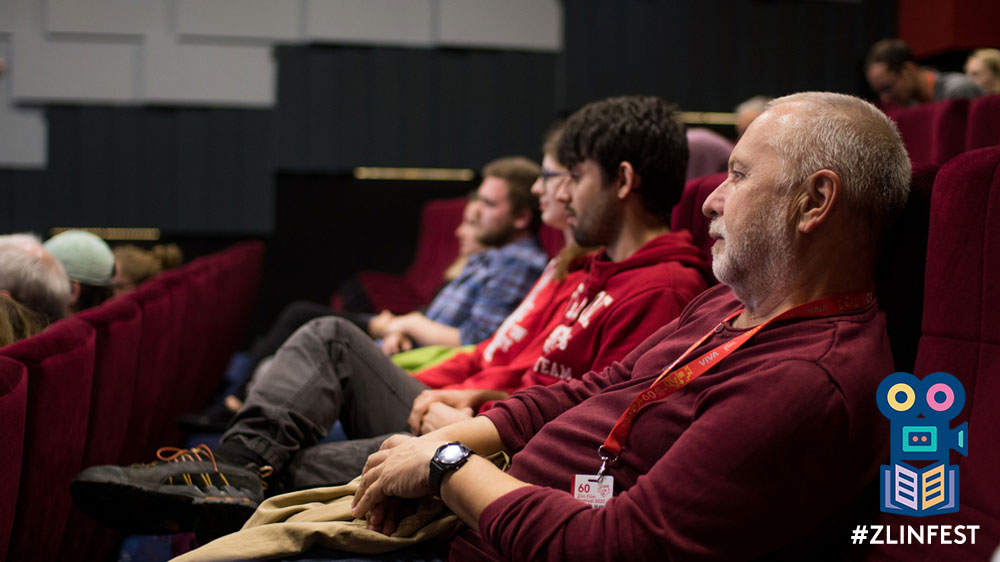 Live-acted productions will be represented by 14 films. The Swiss film In the Eye of the Beholder, already declassified online, impresses with its slightly bizarre stylization and the protagonist's fondness for skin diseases. The Czech Republic is represented by 3 films  Jak mi kamarád odjel autobusem (Lost in Transportation)  from the Miroslav Ondříček Film Academy, Breaktime from Thomas Bata University, and Příběh hrůzostrašné Eliz (The Glory of Terrible Eliz) from Prague's FAMU. Distinctive female heroines can be found in the Slovak film Nuda (Boredom), German Tala'vision, and the theme of transgendered is touched upon in Congenital. The difficult relationship between a daughter and mother is precisely portrayed by the Polish Bitter Herb. An Austrian film, played almost without words The Opposite of Eternity demonstrates the powerful force an image can have in reflecting the suffering of both women.  Yuwol: The Boy Who Made The World Dance provides us with some positive relief with a story about how contagious dance can be. The entire selection is completed by films from the Canadian UQAM School of Media Strike and DA YIE shot in Ghana.

In the competition of student animated films, audiences can look forward to 14 films. The gangster film Happy Easter and Tick were also present during the online part of the festival. We will tune in to a darker note with the detective thriller 100,000 Acres of Pine, the Chinese film Deep in Neon, and the Slovak film Donna Bella. The inner feelings and worlds of protagonists are represented by the films Eyes Wide Open, Run for the Bird Song from Estonia, Five Hour Conversation, Migrants, the Belgian Scaphoid and Patterns and My Fat Arse and I. Czech films are represented by the folk story Rudé boty (Red Shoes) and Zlín’s playful grotesque Hrůza v tónu gramofónu (Old Gramophone’s Ghostly Tones). The whole animated section then concludes with Společné čekání (Stuck Together) about how the diverse natures of passengers come together against a voracious customs officer.

In the documentary section you will see 9 completely different competitors. In Why Didn't You Stay For Me?, several children sensitively tell their stories about parents who voluntarily decided to leave the world. Turning Man - 81RPM introduces eighty-one-year-old Jürgen, a lover of techno music. Girls Talk About Football breaks the long-held stereotype that football is the domain of men. Once upon a time in Israel shows the director's journey and her perception of a different culture in a foreign country. The Fabulous Good-looker is again an anecdote about how the director perceives her brother Jakub. Teenage Flick reflects the current fun fad of teenagers hanging out in a mall. The Vibrant Village without words for a change, we observe life in an inconspicuous Hungarian village, which has a factory making women's vibrators. The theme of cosplay and autism can be found in the Norwegian film Being Someone Else and the toil of an MMA wrestler is reflected in the Slovak Fighter.

Student films are gaining strength and every year we see much more often how they reap various domestic and foreign awards.  Zlín Dog again represents the best of international productions. Have fun, and hopefully you will also agree with the quality.