In the previous years of Zlín Film Festival, we gathered a lot of interesting interviews with many festival personalities, with Young Stars, film delegations, as well as with members of the festival team. Sit back and enjoy the festival atmosphere with our personalities. 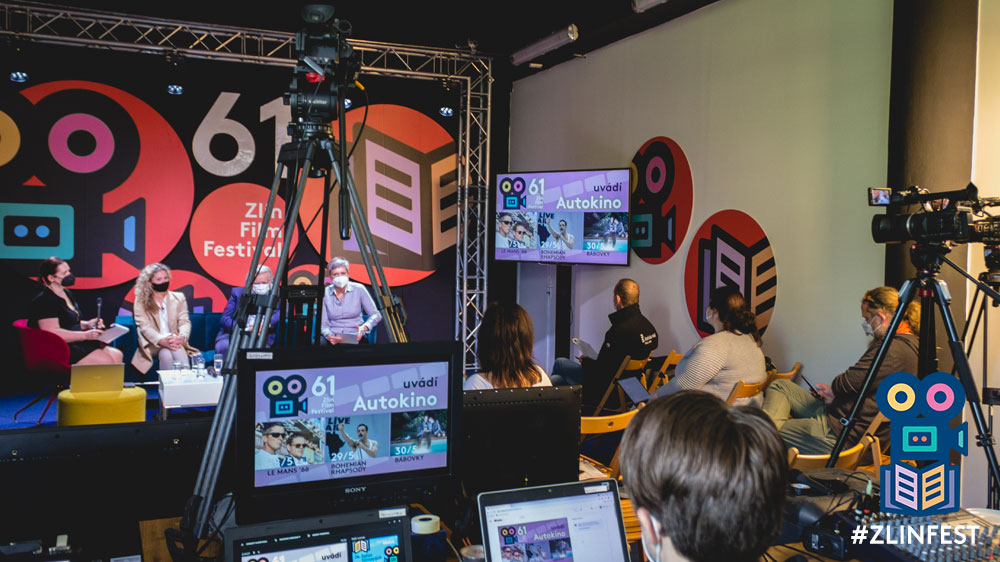 We offer a rich archive of interesting videos, starting in 2017. Here you can get a perfect picture of the past years of the Zlín Film Festival. You will also find a lot of older material in the archive, but it is worth taking a look at the interviews with foreign film stars who have visited the festival. These include, for example:

In 2015, the British actor George MacKay visited the Zlín festival. He had already had many great roles at the time, but it was not until his main role in Sam Mendes' war epic 1917 that he rose to the top of media interest. He came to Zlín as a Young Star and presented the films Bypass and Sunshine on Leith.

Demián Bichir is one of the most famous Mexican actors. He has appeared such Hollywood movies as Godzilla vs. Kong, The Midnight Sky, The Hateful Eight, and Che: Part One. In 2011, he came to Zlín to introduce the premiere of the Irish family film Runway, starring a South American pilot who crashed near an Irish town.

For several years now, the Zlín Film Festival has included a project focused on promising actors called Young Star. Eleanor Worthington-Cox (from Great Britain) and Jordanne Jones (from Ireland) were the faces of the 59th Zlín Film Festival. In addition to award-winning films, they are known from such series as Britannia, The Enfield Haunting, and The Irregulars. You can find the interview in English.

Graham Ralph is a British animator and director. In 1996, he won the Golden Slipper in Zlín for best animated film - The Forgotten Toys. After almost 20 years, he returns to Zlín as a juror for the animated jury of the 54th ZFF. You'll find not only his recollections of his first visit, but also the director's love for Czech animation.

The films of the Danish screenwriter, director and producer Jannik Hastrup are considered classics of animated works that have won many awards at prestigious festivals. Let's name e.g. War of the Birds, Samson and Sally, and The Boy Who Wanted to Be a Bear. Jannik Hastrup was a judge of animated films at the 53rd ZFF and confided in festival television not only his love for the films of Jiří Trnka, Břetislav Pojar, and Jan Švankmajer.

The Irish actress and singer Maria Doyle Kennedy came to Zlín in 2012 to present the classic musical film The Commitments, which was part of that year's Irish section of the festival. Fans of the series may know her from The Tudors, Downtown Abbey, and Outlander.

The interview can be viewed in English.

In 2013, the Days of Danish Cinema took place as part of the 53rd Zlín Film Festival, and one of the films of this showcase was the Oscar-winning film by Bille August Pelle the Conqueror from 1987. Hvenegaard remembered filming from the point of view of a child actor after 26 years.

Stana Katic is a Canadian film and television actress. Czech viewers may know her from the well-known series Castle and, after 2011, as a member of the international expert jury of the 51st ZFF.

The interviews are conducted in English, some contain Czech subtitles.

You can find more than 50 other interviews with filmmakers from all over the world on our youtube channel in the profile Zlinfest.