The 61st Zlín Film Festival has announced it visual style and planned form for this year.

Today at the Film Studios in Zlín, the organizers of the Zlín Film Festival unveiled the new project logo, the visual style of this year's festival and the planned form of its 61st year. Following the main theme of "Literature in Film", the central motif of the visual is again a digi-icon, this time connecting "Mr. Camera" and "Mrs. Book", whose joining gives rise to a new film. The festival is planned to take place in parts – in the spring from May 28 to June 1 and in the autumn from September 9 to 15, 2021. 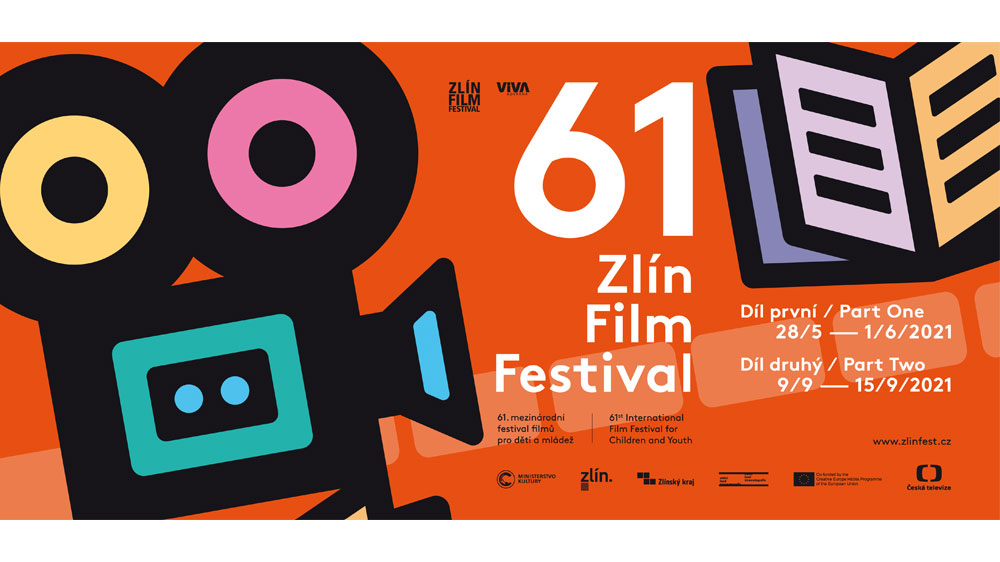 The author of the visual design of the 61st year, as well as the new logotype of the entire project, is again the designer Zdeněk Macháček from Studio 6.15 in Zlín. This time, the visual is based on a combination of drawings of a book-script and film camera, and thus a playful, colorful digi-icon was created, just like last year.

"By combining them, a great graphic wedding of Mrs. Book and Mr. Camera, we created a new family that will be happy to show you its children – movies," explains Zdeněk Macháček, who adds: "We dare to believe and we very much want the colorful, positive, film family to bring festival visitors, in fact to all people, something of beauty and joy in this very difficult time."

You can read more in Press release here.