It is mainly during the more ceremonial moments that you notice how this year’s festival is a low-profile edition. But the minimal number of invitees adds a new dimension to the event: never before have so many employees brought their fiancé, their spouse or their children to the festival, thus offering a modest insight into the personal lives of people you normally only meet under professional circumstances. 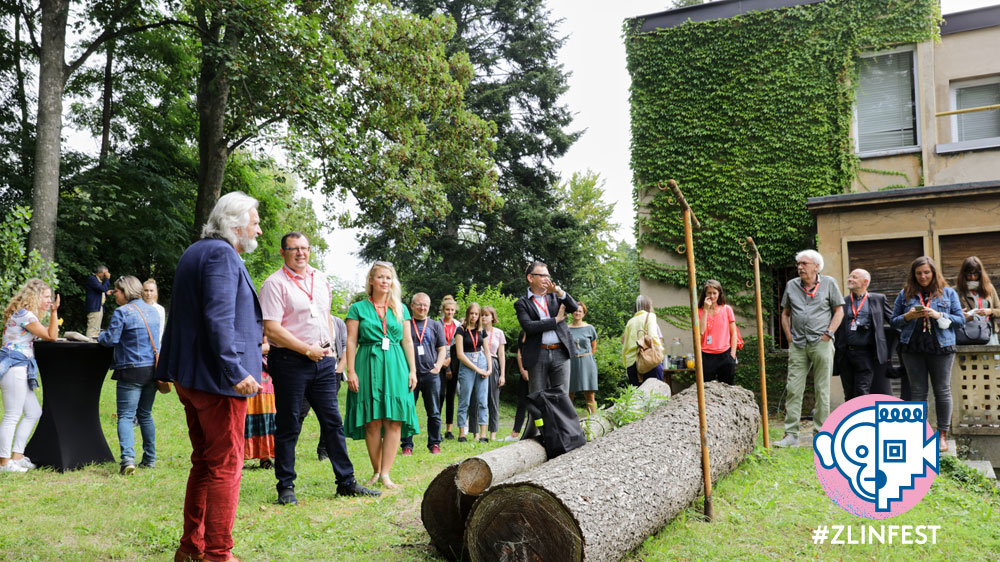 Today a guest delegation is invited for a brunch at a very special location: the villa of Miroslav Zikmund, the great explorer who was celebrated during last year’s festival. The phenomenal mountainside villa, mainly made out of wood, is crammed with souvenirs and memories. Visitors are delighted about the unique architectural phenomenon that rarely opens its doors to the public… and about the silver medal of honour they receive on the occasion of the festival anniversary.

This is the last day of the festival, but the event ain’t over till Saturday when the marathon will take place in a slightly modified form. Unlike the other major annual event in Zlin, the Barum Rally, a race that was to be held for the 50th time in the woods surrounding the city in August. The event is cancelled, as the organisers were scared off by the influx of international (mostly Italian) fans. The decision made bad blood in this rally-mad country. Why children's film and not rally? Why the 60th anniversary but not the 50th? The festival was bombarded with angry reactions on social media. Covid once again shows itself as a phenomenon with a green heart.

I am in the cinema, watching the interesting Italian film THE SWEETIES, when the result of my test arrives. I’m mainly nervous about the hassle with access codes. It works for me, but some of my companions still have to wait a few days before receiving the correct codes to consult the account. I am happy with the result, but every time when climbing the slope towards Hotel Moskva, standing at the front door running out of breath, I think "that test is not correct, the virus caught me anyway."

For every festival regular, translator Pavel is a familiar face, assisting us at all official occasions. For him it has been a particularly quiet edition. During the festival he took 3 full days off - that has never happened before. But someone else has been working super hard this year; Eliska guaranteed that all blogs and interviews were published online every day, often even after midnight. For which I am very grateful – thank you so much, Eliska! 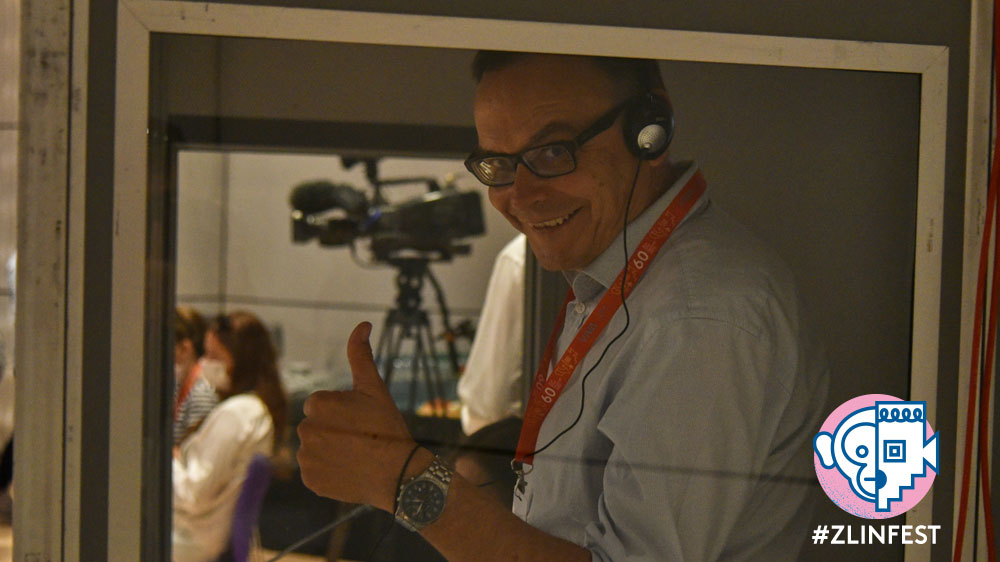 Festival President Cestmir Vancura addresses the journalists at the press conference: “Five years ago when installing a new festival staff, we decided to go back to our roots: bring the festival back to the kids, the families and the city. That is why we were well prepared for this exceptional situation, as we have our loyal audience to fall back upon.” More than 11,000 people attended the screenings. The mayor of the city shows his appreciation for the festival’s bravery. “Courage and endurance are crucial aspects of the Bata culture”. Then Marketa Pasmova announces the awards. Among the most notable titles are H IS FOR HAPPINESS, LIFE WITHOUT SARA AMAT, THE CROSSING, there is a “team award” for THE PACK and the Audience Award goes to INTO THE BEAT. 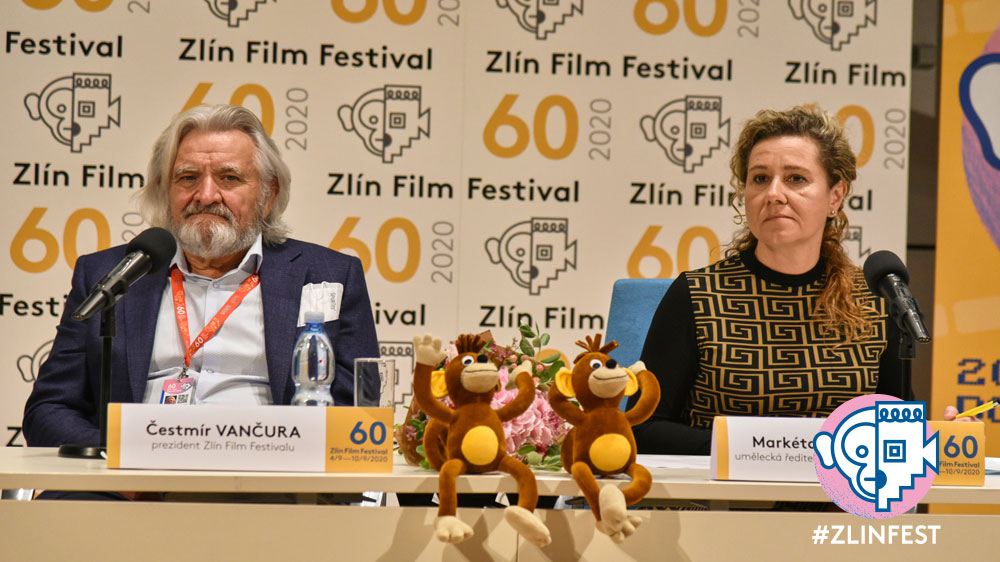 The awards are publicly announced during the grand closing gala, broadcast live on Czech national TV. There is a robot bringing awards upon stage, there is a charming tribute to Jiri Menzel, and there is a Golden Slipper Lifetime Achievement Award for Eliska Balzerova, who acted in numerous children's film classics, including the ones made by Karel Kachyna. Later that evening I see her standing at the bar, surrounded by festival people. Without understanding a word of the language, I see how she holds the attention of her audience with her storytelling talent. But the small scale of this edition is now striking. There are fewer guests at the gala, less grandeur, less overkill. Last year I stood proudly upon the hillside looking out over the Congress Centre, where hundreds of dressed up guests had gathered, flags were waving, orchestras were playing, cars coming and going. Now the square in front of the Centre remains remarkably empty. 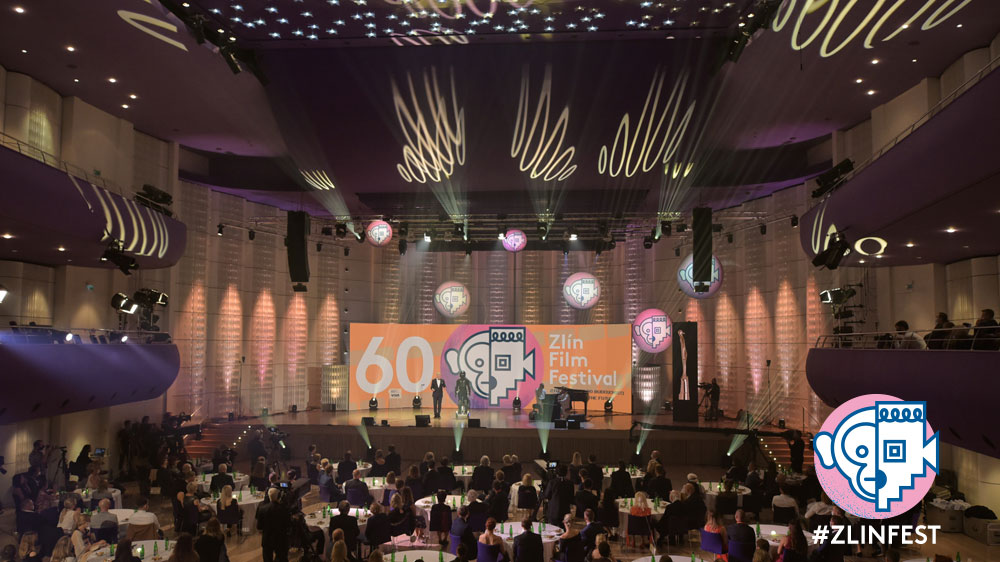 Personally, I am not a great teller of jokes. I was 17 years old when I asked my friends' attention for the amazing “joke about the monks and the French fries” and when no one laughed, I decided this had been my final attempt. But Jiri Konecny proves himself to be a true grandmaster. A joke that starts with “a guy was driving 5 penguins through town in his car” can't possibly go wrong. But when back in my room two hours later I recall his classic Czech joke about “a blind and a one-eyed guy walking through the woods to meet their grandma”, I burst out laughing again.

The next morning we leave for home. Only 259 more days to go, someone has calculated.