A promise made late at night, still should be kept the next morning. Even though I was a bit overconfident last night when I promised to find out exactly how relevant THE PACK is for Czech teenagers, I show up in the cinema one hour early - unfortunately that detail had slipped my mind since last night – to address the young audience together with producer Julietta Sichel. Surprisingly enough it will be one of this year’s most satisfying festival experiences.

My heart sinks when I look inside the cinema: 14-year-old students from the Sports & Ice Hockey Academy are not exactly the kind of audience that speaks out easily. The Q&A is hard work for both main actors. One of them is a car mechanic. Different from his character on screen, he has this kind of aura that would make me trust him completely with my car. Another actor from the film currently serves as security guard at the kids village - with his hair bleached I hardly recognize him. When I tell the students that I came all the way from Belgium – a country where ice hockey doesn’t even exist – to hear their opinion, I see the class’ toughest kingpin taking off his cap to arrange his hair for the photoshoot. Suddenly this has become “their movie”. When Julietta and I record their reactions, a queue of 20 youngsters lines up, and they all loved the film. Some of them share honest stories with us. “I just joined a swimming club and as a newcomer I feel like an outsider. It is not easy." I am so proud of their responses! This guerilla intervention was only possible thanks to the delightful cinema team, who was super helpful as always. So please a big round of applause for Jaroslava, Lucie, Zusa, and the others.

Together with the international jury I am invited to the film studios up the hill for a private screening of THE CROSSING. In this inspiring place full of cinematographic memories, a treasure trove of Czech film industry, I'm wasting my time on my first game of table football in 30 years. The best player of the whole jury team? Jury secretary Suzanne! With her by my side, goals are scored. As soon as she leaves, I’m facing a cruel defeat.

I am curious about this year’s jury's verdict because awards are also influenced by the current festival situation. Some films are less suitable for online viewing. I found it meaningful that when serving in a festival jury earlier this year, all jury members who saw the film in the cinema voted for THE HOUSE OF US, while the ones watching this intimate, delicate film at their home computer didn't understand what we thought was so special about it. Other festival programmers came with similar stories.

I know Jaroslava’s soft spot for British cinema. When she recommends me DAYS OF THE BAGNOLD SUMMER as one of her favourites, I know this is a must-see. Only afterwards when summarizing the story to a colleague, I realize what a weird film this is (spoiler alert!!): “The most hopeful moment is when the dog dies …” In this story about a mother and son who can’t find a level to communicate, their moments of intense mutual alienation are utterly cringy. But at the same time this is an empowering and warm-hearted film that asks for a continuous restrained grin.

One of the most exquisite screenings in this festival is THE PAINTED BIRD, a recent Czech adaptation that does justice to the rawness of Jerzy Kosinski's literary classic. Due to the current circumstances the film hardly had any exposure. The festival is very proud to welcome director Vaclav Marhoul, an exceptional self-taught artist. Director Marketa Pasmova is walking on clouds!

In the evening my interview with the Zlin Dog jury (soon to be found elsewhere on this website) ends in a bit of chaos. Due to my poor planning, I am the only one staring into a full plate while the jury has already finished eating. 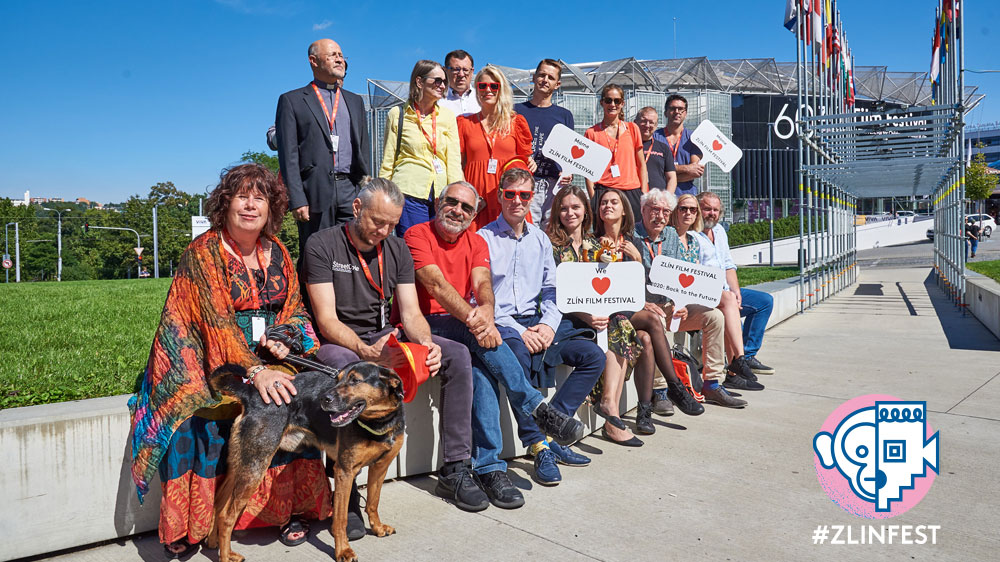 When later I listen to my recordings, I can hear myself chewing my food all the time. In the background I hear the TV commentators about the Czech Republic - Scotland football game. This country may lack some football talent at the moment, but today I was face to face with the new ice hockey generation and that looked very promising, even in terms of cinema!