You thought injecting disinfectant was the craziest proposal you already heard? In Zlin they go one step further. Rumour has it that the hand cleaning sets in the congress centre are filled with pure slivovitz. If it smells like slivovitz, looks like slivovitz and tastes like slivovitz, it probably is slivovitz? And then again, why not? In every festival edition in Zlin I’ve seen strong festival bacteria successfully being drowned in the local liquor. 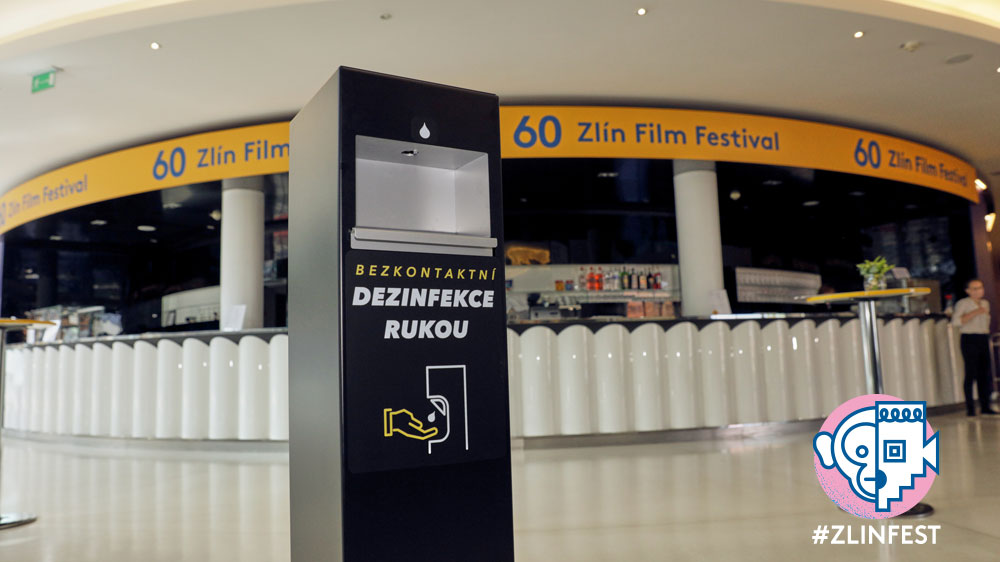 When my badge is scanned at the cinema box office this morning, a message pops up on the screen: “This badge does not allow you to attend screenings.” The super helpful girls from the guest service know how to quickly fix a problem. “Maybe you are just a bug in the system,” they suggest and make it sound like a compliment. The Zlin guest office is so good they can make everything sound like a compliment!

The Zlin Festival is a powerful player, but now again not so powerful as to change the Czech laws. Or the mind-set of the people. As a festival, you can take all necessary precautions, but you cannot change what goes on inside the minds of people. That is why I feel perfectly at ease at festival events where all safety measures are taken into account, but I am terrified when packed with five people in a hotel elevator and I am the only one wearing a facemask. The Czech national policy says: masks are not mandatory in outdoor events or indoor events with less than 100 visitors. This makes a half-full cinema with 99 visitors a dormant source of ultra-contamination. In the street a child laughs at me because of my mouth mask. “Huuuh, I am the corona virus” he screams, running after me. I picked up a rumour that the festival will offer guests a corona test upon their return, and I am strongly considering having it done.

Weekends were always special to the Zlin festival, as that is the moment when the entire local community comes out to celebrate, parks are crowded with children playing festival games and there is music at every street corner. That for me was always the most spectacular achievement of the festival, even more than the impressive number of international industry people gathering here. 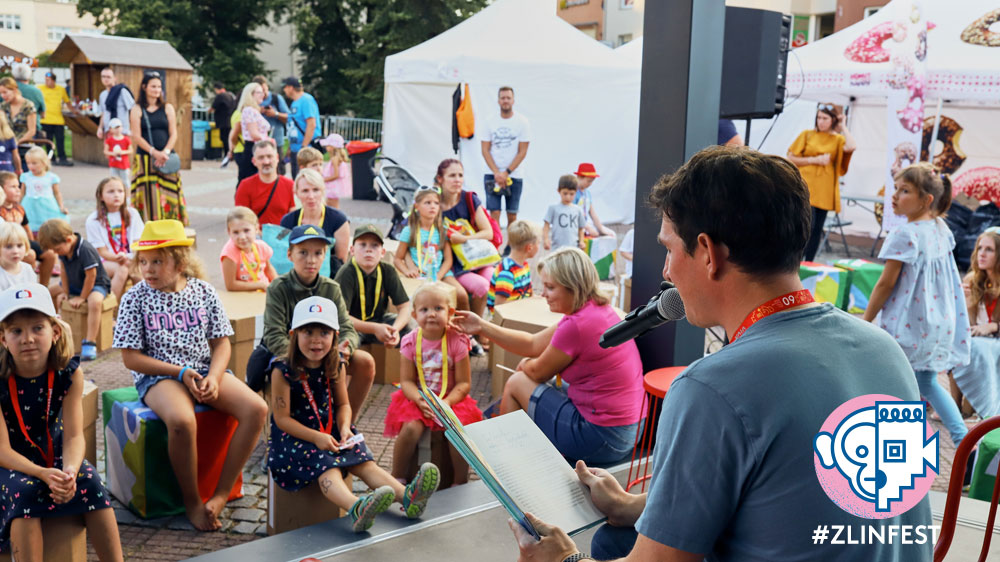 The industry people aren’t here this time, but families are, also in September! The games and music still go on, although with a little less intensity than under normal circumstances, and the festival still has a very visible presence in the entire city. Michael Harbauer explains: in these times when online shopping is booming, for some goods we still go to a local shop. Why? Because we trust the shop keeper, we are familiar with the supply, and we want to choose for ourselves,… That is exactly the role that a festival can fulfil. If you want to find a way around the impersonal online uniformity now and then, there is a festival that you trust and that helps you putting together your own package.

Within that package of films, some titles are causing quite some fuzz. Everyone seems unanimously enthusiastic about festival revelation LIFE WITHOUT SARA AMAT, a Spanish film that surprises us all with its personal tone, its delicate approach and its beautiful portrayal of life in a small Spanish town. “Integrating small village life in an almost lyrical way was my passion in the making of this film,” says director Laura Jou in an interview on the festival website. You can watch trailer here.

In the evening there is the premiere of THE PACK. Rarely did a film feel so closely associated with the festival. The story is set in Zlin, it was shot in the local ice hockey stadium (director Tomáš Polenský: “Zlin has a unique, old arena. I love that brick facade.”), the project was pitched here last year as Work in Progress and now the European premiere is being celebrated in a packed congress centre. Even in this gigantic hall, the stage almost seems cramped for the immense film delegation. Among at least 30 crew members on stage are several local actors. Especially for this premiere they wear caps and facemasks with the cool logo of the film on it. 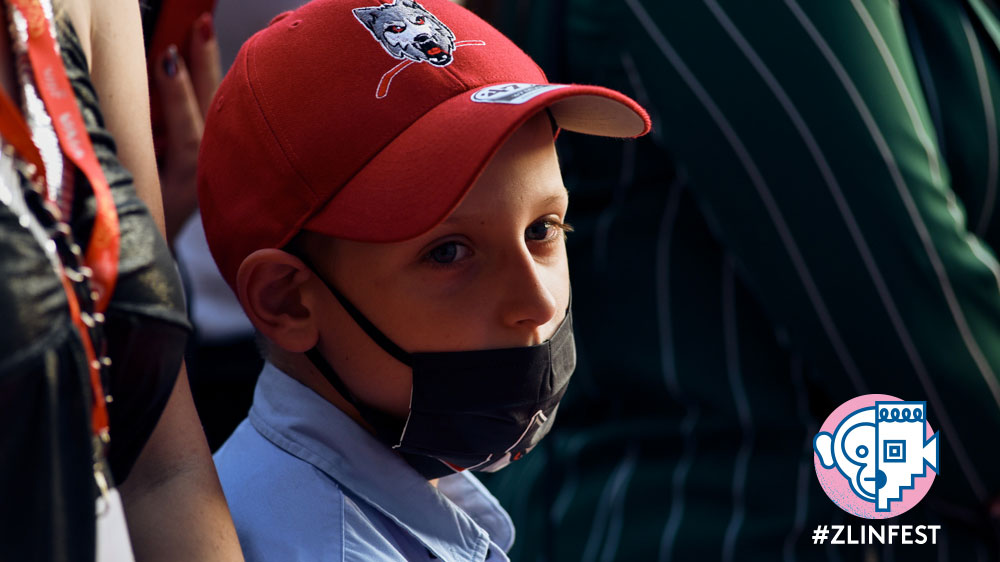 Only the director remains absent. He just became a father last week, as we can see in his video message. Poor Tomáš Polenský is from then on addressed by the presenter as “the breastfeeding director”. The film tells an interesting story about ice hockey and bullying, but is unfortunately not able to free me from my prejudices about ice hockey in general (for which I am to blame, not the film!), which can mainly be summarized as ‘a bunch of cocky kids constantly ramming each other of the pitch’. "I’d rather see some curling," is not considered a very wise saying in this hockey-crazy nation. You can watch trailer here. 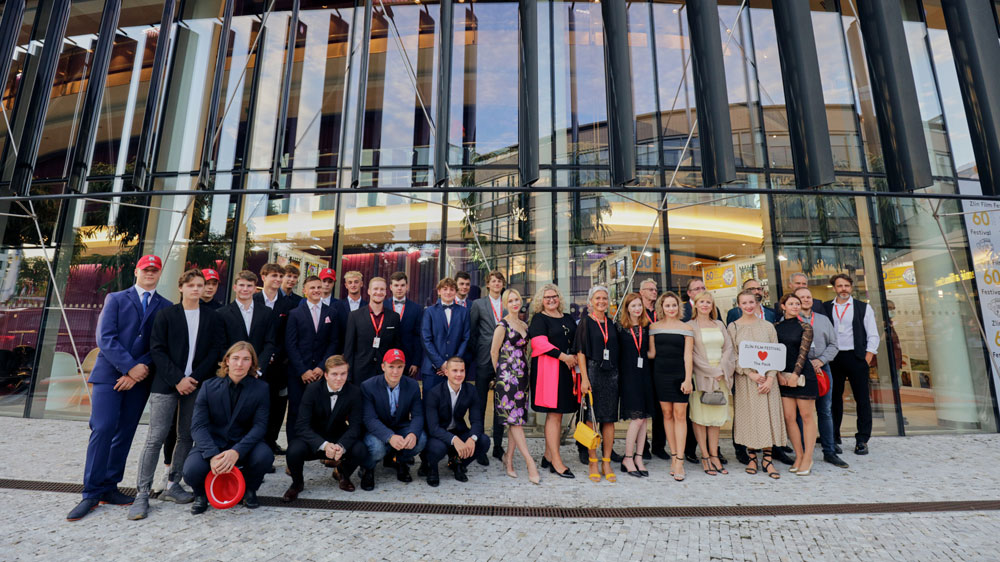 The evening ends in Hotel Moskva. However familiar this place may be after all these years, the hotel still manages to surprise us. When asked around among the guests, it appears that everyone had trouble finding the soap, although it was neatly displayed on the bed, in a wrapping that you would normally expect to contain a cookie. Rumour has it that one of the guests even put the nicely wrapped object in his festival bag, intending to nibble on a biscuit during the screening. Eating soap and burping foam bubbles immediately reminds me of the scene from SNOW WHITE, presumably the first movie I ever saw in the cinema. My kind advice to the staff of the Hotel Moskva: please avoid any possible confusion between soap and sweet snacks in the future.