The results of the decisions of all festival juries and their statements can be found here. 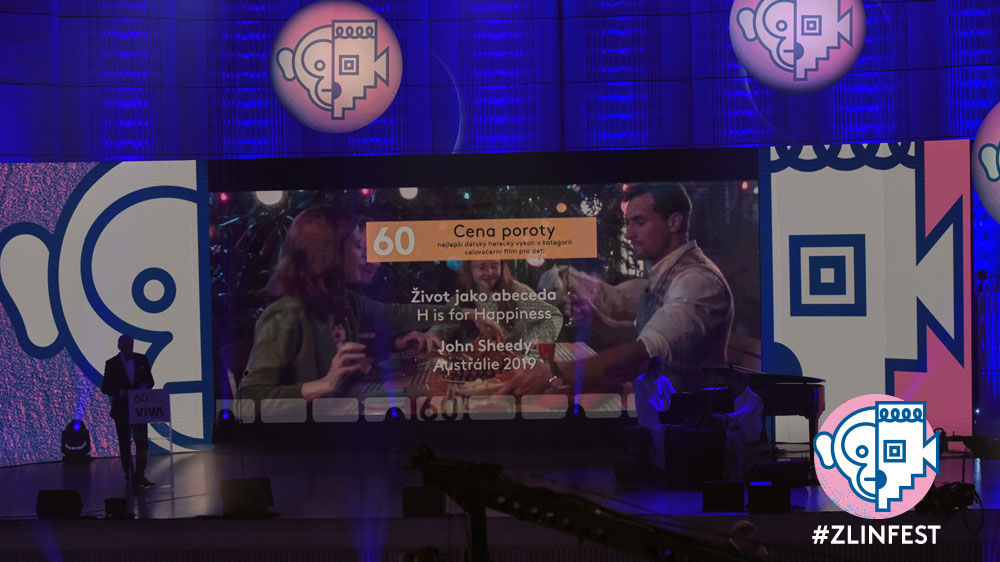 PRIZES AWARDED BY THE STATUTORY JURIES

The Crossing (NOR, 2020), directed by: Johanne Helgeland

How do you make the past relevant to today's kids audiences, and present to them the perhaps worst human atrocity in the past century? You do as this film and set the scene for a beautiful, emotional and highly adventurous story. We've all seen the 2nd world war portrayed endlessly on film, but this time we see it through the eyes of 5 children, led by an almost fearless little girl who is herself driven by an imaginative mind and a clear sense of what is right and wrong. She MUST act, and the lead character surprises us again and again. She is played by a young girl who burns through the screen and touches us deeply. The film not only tells an entertaining and exciting historical story, it makes it personal, and it draws clear lines up till today, as people are still struggling to cross borders to save their lives.

Wesley Patten for the role of Douglas Benson from Another Dimension in the film H is for Happiness (AUS, 2019), directed by: John Sheedy

We have chosen to award a boy actor who has invited us into a dimension of his own. He plays at first what seems almost like a cartoon character, but over the course of the film turns into both a saviour and a real human being. He was the nerd and the true outkast as the new boy in class, but the sparkle in his eyes was more than we could stand for as he takes no for an answer. He is also the boy who has delivered the perhaps most climactic finale to a film we've seen here in Zlín, - but to be honest, he was always our hero from Another Dimension.

It's our pleasure to award a film that takes us back in time to that summer when everything changed - the summer of the first kiss and the first true love. The film portrays the journey from playing hide and seek to actually reading Tolstoj! When the determined female protagonist decides to run away from home, only to hide under the bed of our male protagonist, she not only makes his heart skip a beat, but she sets off a surprising and original story, driven by love and longing. The film is an enjoyable period piece and spot-on description of 80's youth in a Spanish village - yet it always stays relatable and contemporary to us - from its set designs, cinematography, script and directing, to its colourful and moving acting performances. With overwhelming sensibility towards its two lead characters and the intensity of their relationship, the director has created a timeless youth portrait as well as a truly cinematic experience.

We have watched one youth film which is 100% driven by its teen actors - not the adults - and the lead actress just blew us away. In a clever and liberating story about the bond and dynamics between siblings, she embodies the well-build dramaturgy of the film as a whole, with her extremely physical presence on the screen. She surprises us with a both unsentimental and yet authentic performance; she is outstanding in the personal shots, and she is as much aggressive in her performance and energy as she is tender. We cannot wait to see her next film.

Special recognition for the acting to an ice-hockey team Wolves

For the merging of fiction and reality; for the believable dynamics of a team performance, and for the sweat and tears in the locker room

For a tight and impressive artistic elaboration of a dramatically clean storyline with a deep mission and a sensitive grasp of the topic, which is also important for children.

Fresh and spirited film full of energy, dynamic animated acronym and humor, for a friendly, loving point and playful art suitable for children.

The film Shoot is the essence of pure humor in a simple and straightforward student presentation.

For an intimate story about memories and such an important ability to understand and forgive in the relationships of children and parents.

In accordance with our attentive and receptive children's jurors, we appreciated the delicate and sophisticated animation. We also appreciate the story of the child hero's search for the courage to face the adversities of fate, his own fears and the unexpected pitfalls of nature. For a sensitive story about the complexities of my grandfather's relationship with his little grandson and about everyday little miracles.

On behalf of the children's jury, we unanimously agreed on this film due to its emotional diversity. Our decision was supported by the performance of the main actress Daisy Axon, who played her role absolutely breathtaking, and thus amazed us.

We chose this film because we were fascinated by the strong character of the main character, which over time developed from callousness and stubbornness into fragility and positive unpredictability, which we loved very much about it. The special story of the film made us think even after it ended and left the cinema. The wayward and original performance of the main actress Maria Morera appealed to us so much that he became a winner for us.

A film that respectfully relies on the tradition of Italian cinema to tell a heartfelt story. Extra points for partly dreamy shooting style, memorable setting, colourful cast and captivating main role by a talented young actress.

A film with a vibrant pulse that feels like it's made by youth, for youth. Rapid visual and poetic style allows to let go of rigid structure and handle the serious subject matter with good energy and light atmosphere.

The Last Children in Paradise (GER, 2019), directed by: Anna Roller

For the excellent combination of realistic cinematography with metaphorical storytelling which brings a fairy tale-like story about growing up.

For an aesthetically original and an unusually empathetic and authentic treatment of the complexity and depth of the relationship between siblings and parents.

For the deep and creative approach that reveals a relationship between two unique characters and a local story that can be universal.

For the strong visual approach based on a very creative use of film language that builds a local story reliable to all modern societies.

ECFA jury appreciate the strong message of such a young activists from all around the world. Despite their age they possess the impact which can help to change the world. The words which express this document definitely are inspiring, divers and courage giving. The topic and the way of narrative are perfectly balanced.

The ECFA Doc jury would also like to give a special mention to film Glitter&Dust by Anna Koch and Julia Lemke. An interesting film about an original subject and about tough girls, who know what they want.

The Ecumenical Jury appreciates the value of freedom of personal choices, made in continuity with tradition, the dance and the music considered an expression of the absolute beauty, the value of the family relations and the importance of intercultural and intergenerational dialogue in the modern Western society.

The Ecumenical Jury gives the commendation to the film realized in a documentary style, without an easy happy ending, showing the struggling of Rocks to save her family and to live her life with Emmanuel. In a multiethnic London society, a dialogue between generations and cultures becomes necessary to assure a better future of the less privileged.

Into the Beat (GER, 2020), directed by: Stefan Westerwelle