The jubilee 60th edition of the International Film Festival for Children and Youth is slowly coming to an end. The juries have seen all films in the competition and chose the winners. This year's festival theme was "2020: Back to the Future" and in addition to commemorating its history, the festival focused on science fiction, science and technology. On an unusual date between September 4 and September 10, 315 films from 50 countries were screened in Zlín. The winners of the Golden Slippers are the Norwegian film The Crossing, the Spanish film Life Without Sara Amat and the Irish animated film The Bird & the Whale. 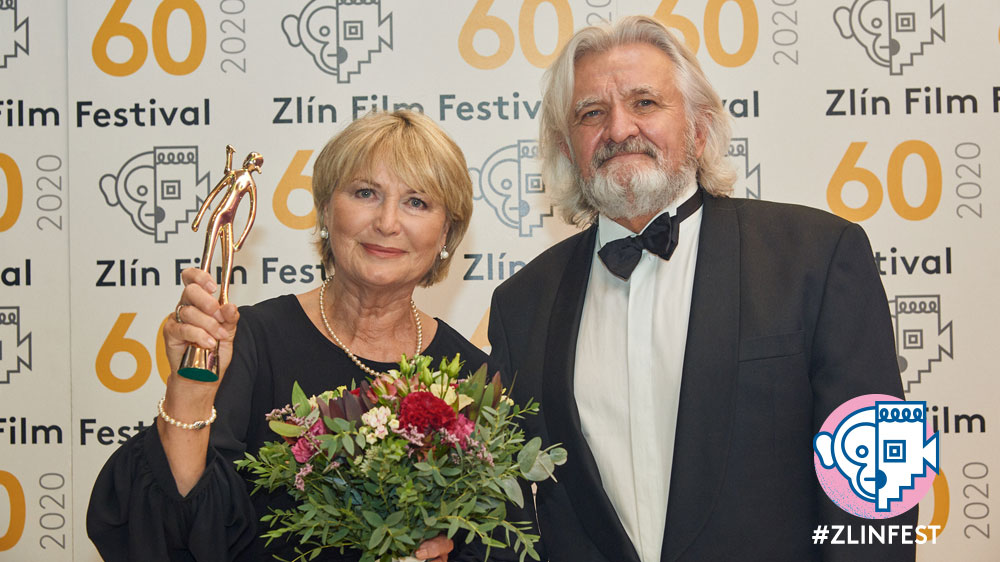 Two new two stars on the Walk of Fame were revealed for Jiří Mádl and Vojtěch Kotek. Films premiered during the weekend with the participation of film delegations included The Greatest Gift, The Pack, Summer Rebels, Hungry Bear Tales. In total, 13,500 film professionals, guests and regular visitors were accredited and registered for the festival. Film screenings at cinemas will be attended by over 10,000 spectators. "In spite of the fact that registration was required to participate in this year‘s festival this year, this is proof for us that the people of Zlín are really fond of the festival and maintained their favour despite all the complications," said Jarmila Záhorová, the executive director of the festival, adding that this fact underlined the original intention to prepare the 60th edition of the festival as a tribute to the visitors, without whom the festival would not be what it is.

Čestmír Vančura, the president of the festival, summed up its 60th edition with the following words: „We consider it a privilege to organize the oldest festival of its kind in the world.  We prepared it as best we could and it is probably the first year in its history when we do not know its full account after it has ended.  Not much has been left of the plans for social celebration, and yet we believe that this year's attentive spectator will not leave disappointed.“

The Golden Slipper for Best Feature Film for Youth was awarded to the Spanish film Life Without Sara Amat, which also won the main prize of the International Children’s Jury for Feature Films for Children. The films The Crossing (Best Feature Film for Children) and The Bird & the Whale (Best Animated Short Film) also won the Golden Slipper. Special recognition of the jury was awarded to the members of the Wolves ice hockey team for their acting performance in The Pack. The International Children’s Jury for Feature Films for Children awarded the Australian film H is for Happiness. (The complete list of results is attached to this press release.)

Czech actress Eliška Balzerová received the Golden Slipper for her extraordinary contribution to cinema for children and young people. Already during the opening evening, a new Film Award of the Technology Agency of the Czech Republic "For the Popularization of Science Among Young People" was announced. The expert jury decided to award it to the ČT edu Educational Portal.

The edition of the festival also saw the traditional 23rd Salon of Film Clapperboards took place, within the framework of which the traditional auction of artistically conceived film clapperboards took place. From its proceeds, the FILMTALENT Zlín Endowment Fund supported 21 film projects. "We are pleased that the number of great and high-quality projects is increasing every year," said Markéta Pášmová, member of the board of the FILMTALENT Zlín Endowment Fund and artistic director of the Zlín Film Festival, and added that this project was original in connecting two fields of art, with graphic artists supporting the work of young emerging filmmakers.

Selected winning films will be screened at the Golden Apple Cinema on Saturday, September 12. The organizers have already announced the date of the next, 61st edition of the ZFF, which will take place from Friday, May 28 till Saturday, June 5, 2021, and its main idea being literature in film.

On Saturday, September 12, the 5th year of the MONET + Zlín Festival Half Marathon will also take place, with the first runners leaving at 4 pm. It will be preceded by the VIVA Festival Family Run at 11:00 am.