The great Russian composer Sergei Rachmaninov was a versatile man, he adored not only his family and the splendour of nature, but also... fast cars. Fortunately, Cleo is not aware of this trivial fact. Because Rachmaninov's music is one of the few things that still gives her comfort since she lost both her parents in a traffic accident. Now the 17-year-old girl is terrified of cars. In her own somewhat stiff way, her grandmother Bobonne offers Cleo a warm home, but she ends up bearing the brunt of a rebellious teenager. Then Cleo crosses paths with Leos. He is a bit older, not unattractive, and a strange but warm bond grows between the two. 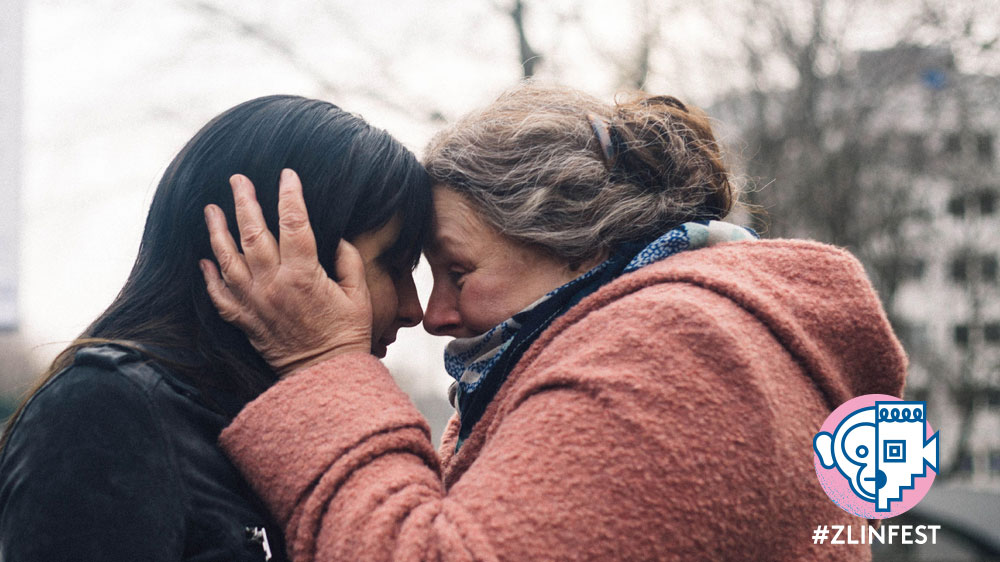 Cleo describes how it feels to be among others after her parents have died: “Everyone is just weird around you”.

Eva Cools: People usually feel uncomfortable and don't know how to react to the death of Cleo’s parents. Her friend, asking if things are getting better now, hasn’t given a sign of life for six months. Aunt Arianne reacts equally clumsy: “You can always call me.”

I suppose you did some research with next of kin?

Cools: First and foremost, the story is personally inspired - I lost a niece in a hit-and-run accident at a young age - so I could draw on my own memories. And I conducted interviews with both victims and perpetrators. I was mainly familiar with the victims’ perspective, but after my conversations, I discovered the perpetrators’ side of the story, how they often suffer from tremendous guilt, post-traumatic stress and grief. Those conversations shook me up to tell a nuanced story with respect for both perspectives.

Brussels is very recognizable as a location. How did you want the city to come across?

Cools: Brussels is super attractive for filmmakers: art deco architectural grandeur versus raw repulsiveness. I searched for beauty in the ugliness. I prefer cities that aren’t too neat. Brussels is a perfect location for characters that have lost themselves.

It is not a very bicycle-friendly city. Were there any consequences to shooting those bicycle scenes?

Cools: Traffic in its most chaotic, noisy and dangerous form is an important character in the film. From scene one, Cleo feels in danger. The scenes were all filmed for real, nothing has been staged. Cleo is on a bicycle because cars scare her, facing the danger that surrounds her, making her even more vulnerable. That is a contradiction. This is how it feels for people suffering from a post-traumatic stress disorder caused by a traffic accident constantly confronted with traffic, with those sounds and stimuli. I wanted my main character to force herself, face her fears, push her to a limit. Main actress Anna Franziska Jäger threw herself into Brussels traffic, but we always had a motorcycle riding behind her for safety reasons.

Anna Franziska Jäger carries the film up to an extent that you would almost forget there was a director standing behind her. Could you forgive me?

Cools: Her performance is a tour de force. I consider it a compliment if you didn’t 'feel' the director’s presence.

There is one more character that stole my heart. The grandmother, ‘Bobonne’, comes across as an old fashioned relic, until you realize she is a warm-hearted person in a very demanding position.

Cools: Bobonne is a most adorable character. She suddenly is responsible for raising two grandchildren, a 7-year-old child and a difficult teenager! The beauty lies in her scramble; she wants to do good for her grandchildren, but has trouble finding the balance between being strict and fair, while also showing understanding for their difficult situation. However, when Cleo finds herself in trouble at school, she stands up like a lioness. I love characters in the process of searching; there is a lot of beauty in human failure with the best intentions. And Yolande Moreau is a first-class actress.

Then there is Cleo’s extremely charming little brother, who comes across very credibly as an actor.

Cools: Ishaq El Akel is a natural talent, intelligent and intuitive. We filmed his scenes as if we were playing. The scenes with Cleo and him together on the bed are all improvised, often filmed in one shot, as they felt so authentic.

Cools: Pianos are a common thread throughout the story. Piano music reflects Cleo’s memory of her father, is the catalyst of her grief, and the hopeful element that she clings to.

What is so special about Rachmaninov?

Cools: Rachmaninov is a fantastic Russian composer from the Romantic era. His music is extremely cinematic and dramatic, but also sensitive and moving. Those two extremes I also found in Cleo: dramatic and hard, but also very sensitive and vulnerable. When Cleo listens to Rachmaninov's 2nd Piano Concerto during a concert in Paris, this is the apotheosis of the movie, with all pieces of her puzzle falling together. The audience gets carried away by the overwhelming romantic music. Tears came to my eyes as we shot the scene.

In CLEO, school doesn’t exactly stand out as a safe haven for people in need.

Cools: I think a lot of teenagers feel misunderstood at school, especially when fighting traumas like Cleo does at a young age. A young woman I interviewed about losing both of her parents in an accident told me that on average, you’re allowed about six months to mourn, and then people expect you to get your life back together. But you can’t measure mourning in time, can you?