Benjamin Parent on MAN UP! Jacket-in-a-box

Wherever Tom goes, his older brother Leo is  going with him. At school, on the sports field or hanging out with girls, Leo is always there to protect and guide him, like a guardian angel. But who is this Leo? Is there no crack to find in his seemingly perfect façade? How to grow from under the wings of your brother, especially when they’re like angel wings? That is a question that French director Benjamin Parent confronts you with in MAN UP!, a film full of surprises. 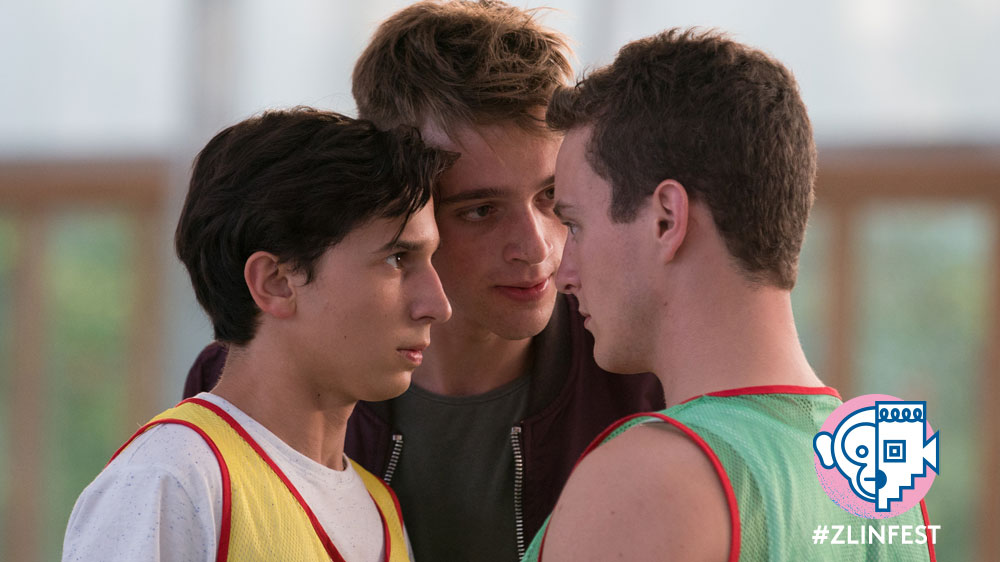 What can brothers mean to each other?

Benjamin Parent: There's an expression about brothers that says "loving each other without understanding each other." That is totally correct. Would you be friends with your sister or brother if it weren't for the blood ties? I wouldn’t be sure about it. I have a little brother who quickly became a big brother to me. He was bigger, stronger, more aggressive and he protected me. Leo's character is based on him and Tom's character is based on me. Which is funny because my actors are called Benjamin and Thomas... and my brother is called Thomas... and I'm Benjamin.

Big brothers can help you with many things, but probably not when it is about love. That is something that Tom has to find out for himself?

Parent: Tom is looking for love, but not necessarily at school. He is looking for love from his father, the love that was reserved for his older brother. Leo teaches Tom to be loved by his father by becoming just like him... until Tom realizes this cost is too big for him.

The meetings between the two brothers are every time a mixture of fantasy with realistic elements. But the realism is so convincing that you sometimes forget it is a fantasy.

Parent: We tried to make Leo real by trivializing him. He is very present as a tenacious thought and can come up at any time. That was the idea. However, due to a lack of time, we were not perfectly prepared for this. We improvised a lot with the sets and above all with Benjamin Voisin's intuition. If he thought that something didn't fit in a bigger plan, he didn't take part in it. We also tried to integrate Benjamin in a less realistic way, sometimes hiding him in the picture.

Where exactly is the story situated? In a place where cycling is still fun and where the atmosphere at school is different from the big cities.

Parent: This is known as the "green suburb", a small suburban town (close to a big city) with forests in the surrounding area. I grew up in a city of 60,000 inhabitants with this mixture of concrete and nature. The high school where we filmed is located in a small town of 35,000 inhabitants, attracting students from the region.

‘Authentic’ was one of the first words that came to mind when watching the high school scenes.

Parent: This is funny because I don't know how things go these days, but what matters is our perception. I started from feelings I may have experienced as a teenager. They seem authentic because they are sincere and sincerity is the most important thing in a scene. After one screening I was approached by an 18-year-old telling me how it felt seeing on screen what he was experiencing every day, and another man, aged 70, told me how the film evoked his adolescence. Several generations separate these two from each other but what unites them is the sincerity of the characters and their experiences.

Tom’s mum speaks explicitly about her feelings, but what about his dad?

Parent: Vincent, the father, had all his hopes for glory and success set on his eldest son. Almost like his "surrogate penis" – his son is the man he would have liked to be in his younger days. He loves him while suffocating him. He doesn't pay much attention to Tom, who reflects a weak image on him. When Leo dies, Vincent loses his symbol of virility, of victory, of conquest... he is destroyed. Tom, in order to exist in the eyes of his father, and also to "wake him up", tries to become Leo. Vincent tries to communicate with his son but never succeeds because he is a little "lame" as a father.

Both boys have a very different energy level. Was it like that on set too?

Parent: It's very interesting. The gap between the two serves the film enormously without having to act or force it. I wanted the contrast to be strong. Benjamin Voisin had to be flamboyant, oppressive... you had to be able to tell for yourself how difficult it was to grow up in the shadow of such a big brother. On the set, Thomas Guy often isolated himself and had a less "friendly" nature than Benjamin, who became friends with everyone. He walked around the set like a ghost. He was everywhere, all the time, always on the move.

What happened after the film with the iconic burgundy jackets?

Parent: I never thought about that. The jacket is in a box that we'll put in the cellar. It is a jacket that no one can wear… as if it were haunted. It belongs to Leo forever.

Now MAN UP! will be screened at the Zlin Film Festival. What is so special about your film travelling to festivals?

Parent: I am very proud that the film will be presented in Zlin! A festival selection, especially abroad, is a joyful thing. It is the language of film crossing borders. The sensitivity of our story touches viewers from another country, another culture, and that is priceless. I don't speak Czech, but I hope you will feel and understand the emotions of my film. This universality is what I aspire, with Tom & Leo touching the hearts of people all over the world, who are then united by common emotions.