Seventeen-year-old Nevia has a lot to escape from. Like living in the Ponticelli suburb of Naples, and feeling responsible for her little sister that she loves so much, and preparing for a life in a world where men make the rules but are not ready to bear the consequences. “Here, being born a woman is a disgrace,” is a lesson that Nevia has learned at a young age. Then the circus comes to town, bringing along big dreams of freedom and wild animals and wide-open roads towards the future. On this promenade through the slums of a chaotic city, debuting director Nunzia De Stefano is the perfect tour guide, who knows all the details of the lives lived here and the people living them. 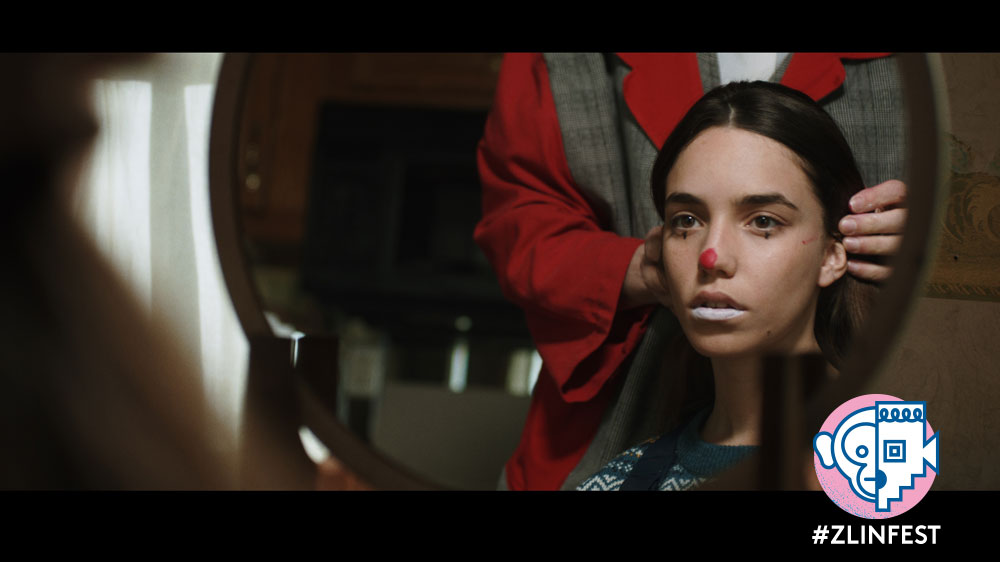 The title is the name of your protagonist.

Nunzia De Stefano: This is, overall, Nevia's story: a denied adolescence in a world outside this world, her quest for social and human redemption. It is above all this, but it is also the story of a particular microcosm, a community on the fringes of society, to which Nevia is a daughter, but from which she must flee in order not to get corrupted.

What is so special about the bond between sisters?

De Stefano: The bond between Nevia and Vincenzina is at the foundation of the story. The eldest wants to protect the younger from her own fate. She doesn't want her to grow up too fast, like she did, and without an educational backbone. She wants her to go to school, stay off the road and reject the logics of the strongest. She does all she can to protect and educate her sister with the few tools she has, to secure her a childhood and adolescence that she herself never had.

What about the bond between generations in Ponticelli?

De Stefano: Here, more than anywhere else, the bond between the different generations is held together by women. They are the ones staying with the children, bringing them up, securing a roof over their heads, albeit made of tin. Fathers are not around, they are in jail, engaged in distant trades or died too quickly. It is an almost matriarchal community, but where laws have been made by men.

Cinematographically, Ponticelli is an interesting place for filming.

De Stefano: This strange world of shacks, halfway between urban and primitive, I tried to depict through the details and strong contrasts of everyday life. Through the faces of those who live there, through their language. Places like this, where the most diverse desperations meet, are like a goldmine of tales, often the expression of ancestral conditions.

From your own youth, you were familiar with these kinds of places. Did you recognize the small elements from everyday street life that you used in the film?

De Stefano: I lived ten years of my youth, between childhood and adolescence, in a container park like Ponticelli. I have drawn from my memory during writing, and then from the reality that I found today, 40 years later, transformed in form but not in its essence. It tells of a permanently precarious, uncertain life, always on the edge of survival. I used the bright colours of the interiors in contrast with the desolation of the exterior, the overflow of objects, little things of no value, large plasma screens, shared beds, the comings and goings between homes… And then that little piece of land reclaimed from concrete where someone has grown some tomatoes and carrots. A gaze upon a daily reality, between memory and present.

People living there, do they feel “neglected” by the world?

De Stefano: The State has forgotten about them. In 1980 a terrible earthquake destroyed a large zone around Napoli and thousands of displaced people were put in container parks waiting for a council house. Once the emergency was over, the State stopped making promises and after 40 years, those container are still there, even some of those evacuees are still there, and others have fled in from around the world, pursued by desperation. When you are born in such a place, it is difficult to free yourself. Children do not go to school, illegality is widespread in all its nuances, everyone pursues that one opportunity that could lead to wealth. Money makes power, and power makes more money. This is the only known logic. The sense of community, however, is very strong, as well as solidarity among people and a sense of honour, although too often misrepresented.

NEVIA is very much a story about women. How can it be “a disgrace” to be born as a woman?

De Stefano: We like to think that women today have completely emancipated themselves. They certainly are in some social strata of many western urban realities, but in most of the weaker social groups, in Italy as elsewhere, being born female is still strongly limiting your chances in 2020. In Ponticelli, a world where the law of the strongest is in force, being born a female means having to quickly bond with a man of power. There is no alternative, unless you are born ugly and remain a spinster, as aunt Lucia says of herself. To escape all this, one must escape from there.

Do you have a special bond with circuses? Is this something you dreamed about as a child?

De Stefano: I worked in a circus for a few years, with horses and animals in general, like Nevia. I was "adopted" by that circus family and learned a lot from them. I didn't want to evoke the circus as a dreamlike and wonderful imaginary place, but as a reality made up of hard work, physical fatigue and continuous nomadism. We filmed in the real circus of Romina Orfei, but mostly with actors.

How was it for the actress Virginia Apicella to work with the circus animals?

De Stefano: Virginia loved working with the animals very much, identifying herself with the character totally. However, her favourite scene to shoot was the one in which Guido does Nevia’s make-up like a real clown, and in which for the first time, she too, dares to dream.