This should become the best year of Henna's life: she just got her driving license, she only has to pass one more year at school, and then she'll be ready to escape from this small, suffocating Finnish town. Until a new girl enters the scene and shakes the fragile balance in a group of young girls, turning the school into an arena for rivalry, power struggles and pure jealousy. Henna is – literally – blinded by envy and temporarily loses her eyesight. On New Year's Eve, the situation escalates... Maria Veijalainen named her debut film after a musical reality show but the rivalry between two best enemies goes much further than any singing competition. 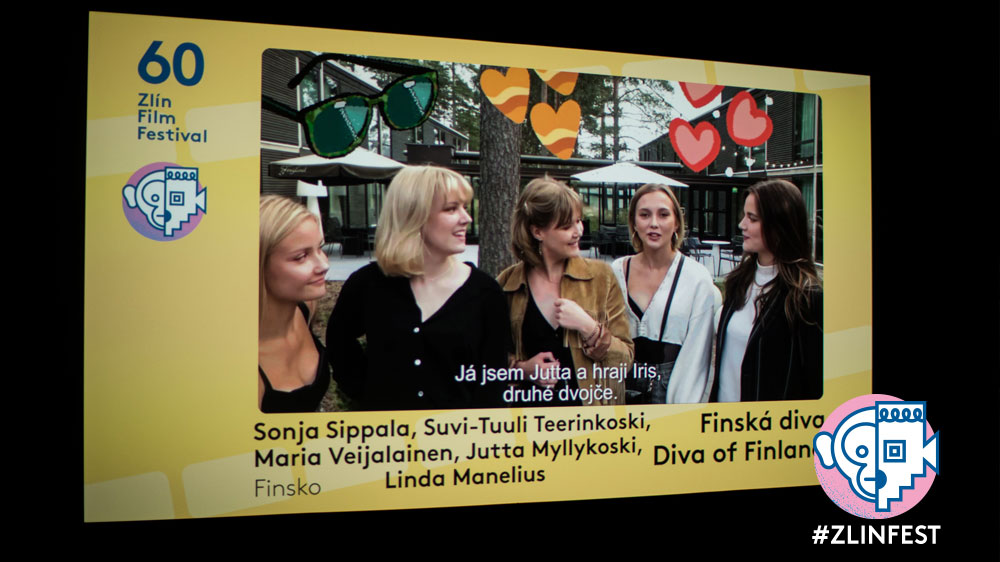 Your film is set in a small town with its own scenery and you succeed in making it feel very real.

Maria Veijalainen: I grew up in a small town in northern Finland. The atmosphere and aesthetics of the North are dear to me. Layers of traditions, locality and nature are intertwined with the modern, global and consumeristic world in such a way that it makes my heart ache a little. Set designer Juha-Matti Toppinen made the set look as if everything had always been there, but lots of it was constructed for the film. I preferred building our sets in the actual locations, rather than in a studio, somewhere close to Helsinki. I presumed that if we would all spend time together in the real scenery, even the smallest of our decisions would be inspired by it, and we would inevitably end up transferring some of that reality onto the screen. So everything was shot in the north.

The first word that came to my mind when watching DIVA OF FINLAND was ‘honest’. Probably because you stay true to your characters?

Veijalainen: At the age of 18, I could have been any of these characters. At times I probably was all of them. The way these girls justify their fear, envy, and rejection of the new felt as familiar as the feelings of suffocating, frustration and not being understood. Also, the excitement about the possibilities of adulthood was vividly on my mind. To me, being honest means that they all believe they are doing the right thing, even when they clearly aren't. I didn't want to portray idealised heroines; I wanted to show real struggles, and no one is perfect. And even when being really, really wrong, the girls usually still have a point, which can be quite annoying.

Very different individuals are represented in one gang of girls.

Veijalainen: The main character Henna is caught in between her desire to grow up while staying young all at the same time. She feels like she can see right through all these small-town attitudes, while at the same time incorporating all of them. The new girl, Silja, brings a challenge with her luminosity that she can barely contain herself. The twins are the ones with the clearest small-town attitude, stirring up hype here or a moral panic there. As young adults we make far reaching choices about our personality. The film shows how Henna finds the beginning of her own path by being true to herself, though she risks being rejected by the community.

One of the issues you tackle is the pressure to always achieve, to excel, to always shine…

Veijalainen: That is the community's way of dealing with the potential of young people. Instead of having their own innate value, young people are valued as possible vessels of glory. If "our" girl or boy succeeds, they will bring glory to our community. Whenever an outsider succeeds, the community is outshined and its mediocrity is exposed. This creates a fertile ground for envy. In a world where people only have instrumental value, life becomes a zero-sum game.

Talking about ‘shining’… You use a kind of lighting that makes the girls literally shine and sparkle in their moments of beauty.

Veijalainen: The polar night, "kaamos", is at its darkest around Christmas, but at the beginning of the new year light rapidly starts to increase, shining into Henna's heart. The light in the North is guiding us through the story. The harsh sunshine of late winter is merciless and exposes all the lies of the darkness Henna has fallen into. But then it turns into the promise of spring. At times when the light is flat, things seem ordinary and mundane, but under a different light the same things can look amazingly beautiful. I wanted to show the beauty of the girls at moments of vulnerability and moments of radiance. There's a stark contrast between the real world and Henna's imagination that is coloured by imagery of social media and pop culture.

This idea of temporary blindness, is it about ‘not seeing the whole truth’ or about something in life we will all grow out of someday?

Veijalainen: Envy is like deliberate blindness. One would hope that we will all grow out of it eventually, but I'm afraid this doesn't always happen. Envy is about building a barrier between me and the other, me and the world, instead of recognising the shared beauty and vulnerability of us all. I had fun toying around with this idea of a sudden blindness that occurs while Henna is trying to gather more information about Silja. When her eyesight returns and the others think she's still unable to see, all the collected knowledge becomes almost unbearable.

Congratulations to your costume designer. It looks like the girls simply grabbed something out of their wardrobe, until you find out that every single detail is used to emphasize the small differences and similarities between characters.

Veijalainen: I'm glad you asked! The costumes are one of my favourite visual features of this film. Costume designer Venla Korvenmaa has a wonderfully precise eye and she really used her psychological skills to get under the characters’ skin. The young actresses gained a lot of unspoken information about their characters through their costumes. Especially about Henna, caught between her emerging rebellious style and the clothes clearly chosen by her mother. Once again, we wanted to capture the current aesthetics of the real north, so we did go "shoplifting" rather ruthlessly for looks in local shopping malls. My own rather awkward photos from my teenage years proved to be very helpful.

The actress playing Henna (Suvi‑Tuuli Teerinkoski) is a girl with a thousand faces, but the one showing ‘determination’ is the one she knows to use best.

Veijalainen: She is a very determined young woman. I love her face. Suvi-Tuuli is a hard-core introvert; her expressions reflect her inner life even when she's acting alone in a scene. She grew up in a small town within the small town I grew up in, so she is even more qualified in telling this story than I ever was.

All this envy and quarrelling is unleashed when the girls turn the school into an arena for their battles. Is the school system ready to handle this?

Veijalainen: No. No system can prepare for girls pitting against each other, and no matter which system there is in use they will almost always find a way to do it within the system.

I know there is as much for boys as for girls to find in this film, but still I would be curious to see it screened for a ‘girls-only’ audience.

Veijalainen: I don't know if that has already happened, but my guess is half of the girls would find the film rather relatable and the other half would feel very offended by its portrayal of girls.