If you wanna dance, you dance! Lives dilemma’s aren’t always as simple as that. Because Katya will dance anyway, but whether she’ll choose for the ballet classes that she is so good at, or for the hiphop style that she recently embraced wholeheartedly, might have a big impact on her life. Will it be the New York Ballet Academy or the Sonic Tigers Crew? There’s family traditions involved, that brutally clash with the free and explosive hiphop style. Marlon, introverted in his social contacts but extroverted on the dance floor, might help Katya to bite the bullet. 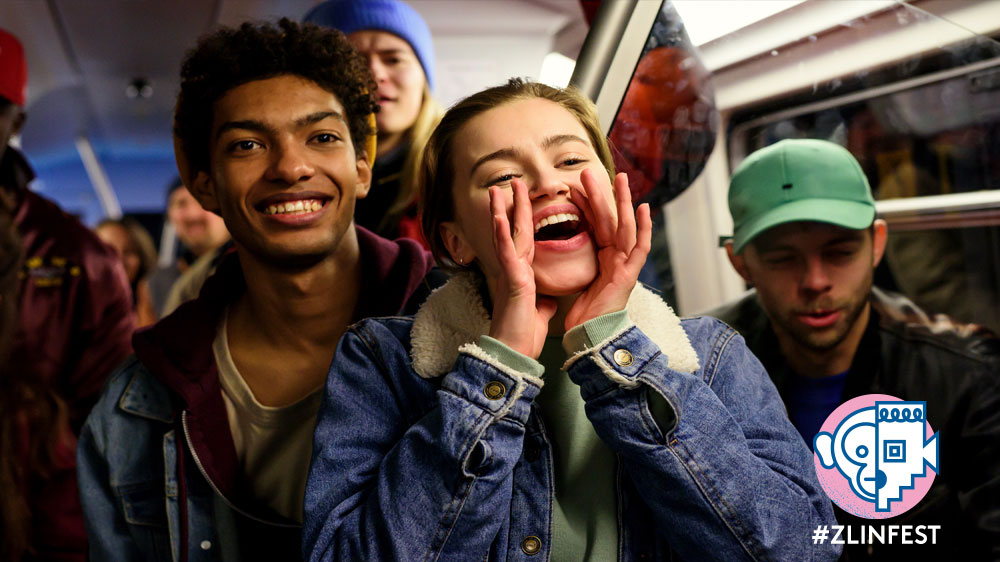 This German movie by Stefan Westerwelle was only last year presented at the Schlingel Industry Forum pitches, and can now already be seen at the Zlin Film Festival. Put on your dancing shoes in the cinema … but will you pick your ballet slippers or your streetwear sneakers? You can watch the trailer here.

INTO THE BEAT is something totally different from the MATTI & SAMI film you made before. Was it a big step to take?

Stefan Westerwelle: Every new project for me is a huge step to take. One aspect that made INTO THE BEAT extra challenging was the fact that the production team and I had to include a whole new department that none of us had ever worked with before, the choreographers. To allow them to start their job we needed a large part of the soundtrack created long before shooting. In a very early stage I needed to know exactly what I wanted. During that phase I was describing and fine-tuning the images in my head to our composers from all over the world, helping them to structurally and emotionally find a path through the scenes.

That was even before you met your main cast?

Westerwelle: Finding them was another challenge, especially Katya. We needed a girl with the right age, good at ballet AND hiphop, and additionally with well-advanced acting skills. I appreciate Philipp Budweg (Lieblingsfilm) for never giving up until we found THE right girl. I remember when first seeing Alexandra’s profile on Instagram, I started shaking, as deep inside I knew immediately she was 'our girl'.

Both Alexandra Pfeifer (Katya) and Yalany Marschner (Marlon) in the first place were trained as dancers. Did this formation somehow physically influenced their way of acting?

Westerwelle: Not as far as I noticed. At first they moved like every debuting actor, slightly stiff and intimidated. I guess they both felt a huge responsibility and high expectations on their shoulders. But as soon as we introduced their wonderful acting coach Wolfgang Wimmer, they both gained more self-confidence, exploring their characters on their own, developing their own perspective and discovering many similarities with their alter egos. I remember Alexandra and Yalany – and I – going through harsh ups and downs but they never gave up. I am still impressed by their dedication and seriousness. When we met on the first day of shooting, both were extremely focussed and didn’t seem to be nervous at all. They completely forgot about themselves and about the situation. Every line they spoke sounded like it came spontaneously out of their minds, every gaze they gave each other was real. On my monitor I didn’t see Alexandra and Yalany acting, I saw the story of Katya and Marlon coming to live. These kids gave everything they had, and now I am like a proud father.

This must have helped them creating that physical tension between them.

Westerwelle: I am totally convinced that this special tension was not just the result of an intense training process. Philipp and I already witnessed this magical energy when they first met in the final casting round. Each male candidate had to improvise a dance with each female candidate. Already after a few seconds it was clear that something unique happened between Yalany and Alexandra. It was not simply about ‘liking’ your dance partner, it was about allowing the other one to ‘come close’. Both Alexandra and Yalany opened up and gave themselves completely. In such situations there is but one more thing to do: work, work, work! We showed the video to the distributor and TV editors, praying they too would feel this chemistry. Alexandra and Yalany were a perfect match. During the rehearsal phase, sharing an apartment in Berlin for three months, they held on to each other. They were both far away from home and completely new to the world of film. Under such circumstances it is nice to know that the person right next to you, facing the same situation, understands and supports you. I am sure that these shared experiences made Alexandra's and Yalany's performance even more sparkling.

How did you choreograph the mass scenes with the dancers?

Westerwelle: Luckily it wasn't me being in charge of choreography! I worked with the passionate choreographer Pepita Bauhardt who created all character-driven dance scenes, and with playful Jeff Jimenez who has a huge talent for group-choreographies, like the one when Katya enters Battle-Land for the first time. We talked in depth about each scene, and we kept on discussing throughout the entire creation process. One good thing about being a film director is that you work with many talented people and you learn that filmmaking is nothing but teamwork, making every little step the result of a mutual understanding and trust. I love it! Once you get there, the right energy and atmosphere follow automatically. That is why you can sense Alexandra's trust throughout every calm scene she plays, and Yalany's emotional lucidity when he invites Katya to his home. And that is why in every dance scene you can feel the fun we had while shooting.

Did you involve local dance crews in the production?

Westerwelle: Locations like the ballet school and Battle-Land we found in Leipzig, while the outdoor scenes were mainly shot in the beautiful city of Hamburg. Katya's classmates were casted locally but our choreographer had a strong vision on who he'd like to include in the street dance scenes. I am super proud that Jeff could convince great Berlin crews like Team Recycled and M.I.K. Family to take part in our film.

I suppose you have a background yourself in street culture?

Westerwell: My dancefloor skills are -1! I absolutely can’t dance. I tried many times and failed every time again. I don’t know why I always had this strong affinity with dance, maybe because I was a dancer in a previous life or more likely because I often watched dance movies with my mother as a child. Dance movies had a big impact on me, there is something magical about them. Even if their stories often are similar, they feel new to me every time I watch them. They tell about young people struggling with big issues: 'Where do I go?' and 'Can I be loved for who i am?' Such questions might sound trivial to us as adults and we might compassionately smile at teenagers' overdramatic attempts to find the answers, but I totally believe that deep inside we still struggle with the same issues. Maybe that's what makes dance movies so special, they lead us back to a point in our lives and remind us of what we’re still dreaming of.