Tomas Polensky about THE PACK: “The Zlin arena has a unique atmosphere”

If there ever was a film that deserved to have its moment de gloire in the Zlin Film Festival, then it is definitely THE PACK, by Czech director Tomas Polensky. Imagine the lights going down in the Zlin cinema theatre, the film starts and ... guess what is the first thing you'll see, filling the entire screen? Come and check it out yourself. 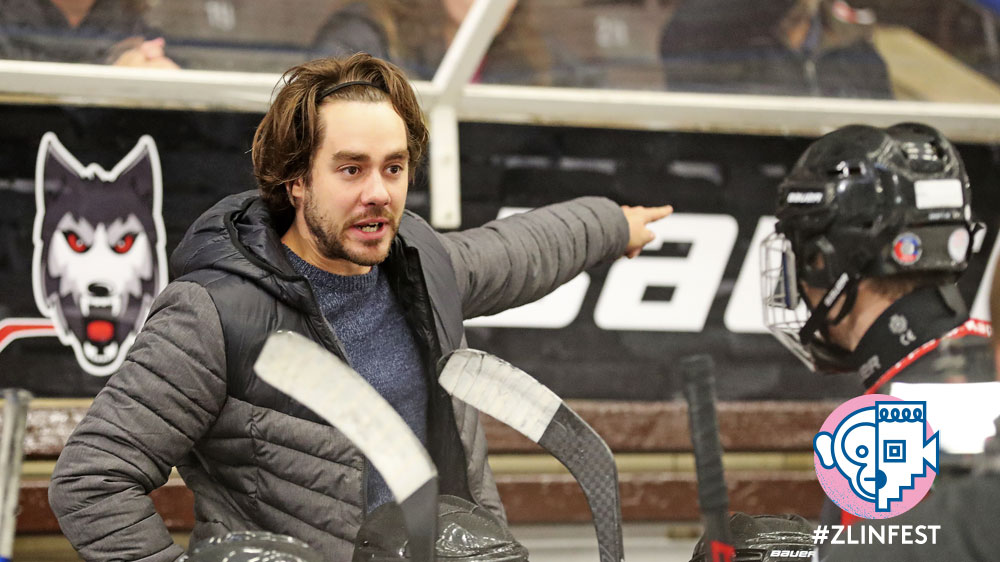 When his family moves to Zlín, David joins the local hockey team, the Wolves, with only one dream on his mind: becoming the team’s first goalie. Even if that forces him to compete with Miky, one of the teams ringleaders. And that is only one of David’s many problems. Recently diagnosed with diabetes, he sees his hockey future in jeopardy. Pressure is put upon him by two parents with opposite opinions. And then there’s girls … Some of them are only after the team’s most popular player. But there’s others who can see right through your macho hockey façade.

For a foreign audience this might be hard to measure ... Can you explain to the rest of the world: how big is ice hockey in the Czech Republic?

Tomas Polensky: Very big! It is the most popular sport around here, with world famous players like Jaromir Jagr or Dominik “Dominator” Hašek, who was my role model. As a kid, I wished to be like him, and I surely wasn’t the only one. All my schoolmates fanatically watched the Nagano Olympic Games in 1998 when the Czech national team won the gold medal.

I heard you had difficulties to shoot the film, as it was hard to secure “time on the ice”, with all hockey fields permanently in use.

Polensky: The only moment we could film on the ice was during one week in August. Scheduling all the ice scenes in one week was extremely difficult. I was happy to shoot in Zlin, where the arena has this unique atmosphere!

With all these fast movements around a small puck, ice hockey seems not the easiest game to capture on camera.

Polensky: Capturing the hockey scenes was tricky, considering the little time we had. My reference was MIRACLE (2004), a film by Gavin O’Connor, that I watched several times with my fantastic DoP Andrejs Rudzats. After storyboarding, we realized we couldn’t make it within the given time. Therefore we decided to use three cameras. Believe me, I hate multiple camera settings because you can’t concentrate on all of them simultaneously – when all cameras were rolling I felt like watching a tennis game on three different monitors. We prepared different camera setups for each scene, for example one for the fans in the stadium, one for the players on the bench, one for the ice, etc. Andrejs even constructed a special ice dolly, … But none of this worked out well, already on the first day we realized it was impossible. Until Andrejs suggested to use a TV camera with long lenses, to capture the action. The remaining time we spent handheld shooting on the ice, to get the audience closer to the action. The other problem was that our main actors weren’t exactly the best skaters in the world. First we filmed the body doubles, and then the actors for close ups. I’m so grateful for Andrejs, he was the best DoP I could ever wish for.

At the same time you were perfectly able to capture the authentic locker room atmosphere. We can almost smell the sweat!

Polensky: I know this environment through and through. I grew up on ice hockey ever since I was two years old, only quitting at the age of 18. Only in the main roles we casted actors, all other roles were played by members of the Zlin ice hockey team. Rehearsals were crucial to bring actors and athletes closer together. We organised a camp where the actors taught the athletes how to perform in front of a camera. And the hockey players instructed the actors about the locker room, how to put on gear, etc. and they gave us some concrete ideas that we processed in the script. Also with the extras – all of them real hockey players – we created extra authenticity and a realistic background to which we added some narrative details.

The whole ice hockey scene looks very alpha-male to an outsider like me.

Polensky: In the world that we depict, being different (like having diabetes) is a stigma. It makes you a loser, an outsider, which I experienced myself throughout my ice hockey years. I worked with co-writer Irena Koci, script supervisor Steven Goldsmith and Adam Hobzik, a young screenwriter whose input was crucial. Only thanks to him we came up with an ending to the story that carries out the right message: stand up for yourself! Nobody can help you, not even your parents (who will often make things even worse). In our story it is a girl, Lenny, who shows David the right way, helping him to find out who he really is and what he wants.

Was it easy to keep a bunch of boys in control off screen?

Polensky: No at all! Imagine keeping 40 ice hockey teenagers in line! I was happy that assistant director Vlasta Čtvrtníčková was able to gain some authority over the boys. They loved and respected her almost as a coach.

Being a coach isn’t easy either, as THE PACK demonstrates.

Polensky: I realized that when I coached a team of six year old players. There are several approaches. You can be tough and aggressive, like the coach in THE PACK, provokING players to try harder and push their limits. Hockey is an aggressive sport but within the boundaries of fair play. When crossing that line, things run out of hand. For the coach it is difficult to recognize the difference between standard hockey behaviour and bullying. You can’t blame him for not knowing what goes on in the locker room. His biggest mistake is answering to the mother’s complaint with a public tribunal. That wasn’t a very smart thing to do.

There is a certain lethargy about David, as if he is waiting for problems to solve themselves.

Polensky: Teenagers are nearly adults. They should be able to solve problems on their own. Only this way they can grow up as conscious human beings. When a problem seems too big to cope with, you might hope somebody else will solve it for you. But when you stand up for yourself, you might realize the problem isn’t that big after all. Only your fear made it seem so big.

These dancing classes are as weird to me as the ice hockey scenes. Is this a Czech tradition?

Polensky: When getting 16, most teenagers will attend dancing courses. Because their parents insist, or because they secretly hope to find a girl- or boyfriend there. It is not only about dancing but about etiquette in general. I remember myself quite enjoying it.

The city of Zlin is very recognizable, from the very first opening shot in front of the ice hockey arena to the nightly panorama’s.

Polensky: Zlin has a unique, old arena. I love that brick facade. Ever since we started writing the story I knew Zlin would be the location. I started my film studies at the Zlin Film School before going to FAMU and I liked the atmosphere in the city, with this simply irresistible red colour in the local architecture. To have the premiere here is fabulous but also a natural thing. The film was shot here, the story is located here … this is where the film belongs!