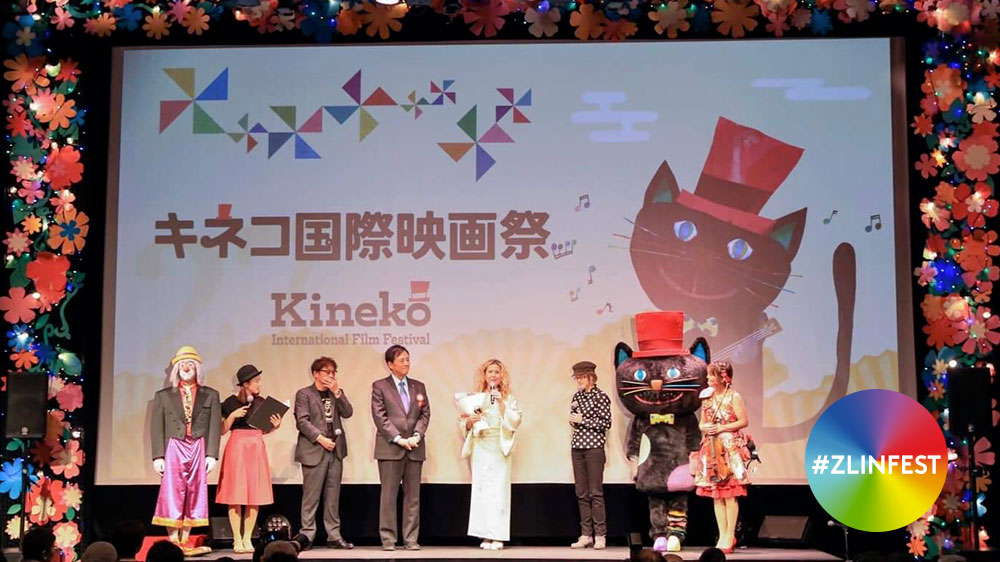 The KINEKO HONORARY AWARD is awarded by the organizers of the festival to organizations or persons who contribute significantly to the development of cinema for children and youth. This year's prize was won by the Zlín Film Festival.

The award ceremony took place at the opening ceremony of the festival. Markéta Pášmová received the award from Nobuto Hosaka, Mayor of Tokyo (Setagaya) and KINEKO festival director Mitsuo Tahira.

"It is a great honor for the Zlín Film Festival to win this award in a country that we simply have to admire for its never-ending energy, enthusiasm, diligence, cordiality and hospitality,"

We have a long-standing friendship with the KINEKO Film Festival, because the festival director Mitsuo Tahira brings his important sponsors, partners and colleagues to Zlín every year. It is therefore a great honor for us to be an inspiration for such a wonderful nation as the Japanese.”

The festival was attended by a number of festival guests and partners, including Eva Takamine, director of the Czech Center in Tokyo, who has been actively involved in promoting Czech culture, including at the KINEKO festival in Tokyo, for several years.