Four adolescents, outstanding athletes, live and train at Israel's national Sports Academy. They are facing a system that pushes them to their limits while they question whether their youth isn´t being spent in vain. The story shifts between exhausting training routines and painful injuries to sporting peaks only a few are blessed to experience. But once they might give up, then what is left? Director Alon Marom will be a guest at the Zlin Festival to answer all your questions. We wanted to know how he selected the athletes (one team athlete and three individual sportsmen) for this documentary. 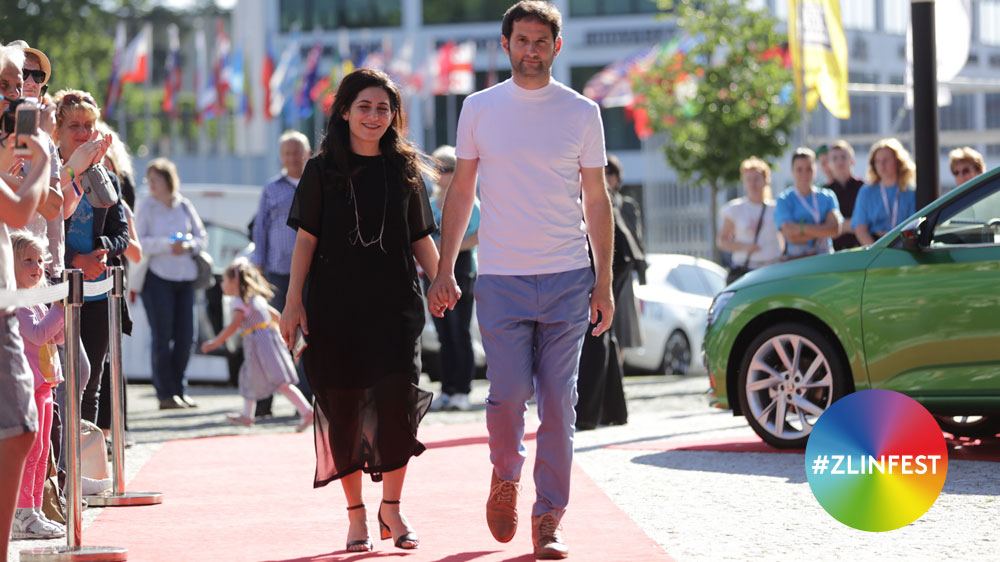 Alon Marom: There were some principal rules behind casting the four protagonists, like the dramatic potential of their story, the distinct conflict each of them is dealing with, the way their stories contribute to the diversity and complexity of the movie, their individual charisma and their career potential. In addition, I was intrigued by the notion of two female judokas – probably the most successful Olympic sport for Israel – competing in a sport that is seemingly totally opposite to what in general is attributed to femininity. In a world that is so competitive, they manage to maintain a very complex and profound friendship. I believe that in a way, the sport each of them practices, reflects their identity and forces them to face their deepest fears and dilemmas. For instance, it is no coincidence that Noa with her ‘explosive’ character choose judo as her sport or that a lone wolf like Ilia became a swimmer.

Is such a sports academy a typical Israeli phenomenon?

Marom: There are sports academies everywhere in Europe and other continents, but in general such academies focus on one sport only. In addition, many academies are ran privately by teams (for instance the basketball academies in Spain or in former Yugoslavian countries). A national academy with a vast diversity of sports is not a common thing to find. I think there is one in the Netherlands.

Sports are often all about being a winner. Up to what extend is your film glorifying victory?

Marom: For more than 30 years I’ve been a fan of a soccer team that is one of the greatest losers in the history of Israeli football. I guess I have a soft spot for those who fail after all. I think only those who have hit rock bottom, can truly appreciate their later win. That is why Raz’s fight in the European Championship, with all her insecurity, injuries and low self-esteem, is such a moving moment.

Maybe the biggest achievement is that you can make athletes talk about their weaknesses. Was this something that happened spontaneously?

Marom: I didn’t want the athlete’s monologues to come across as onscreen interviews. I wanted them to feel like a stream of consciousness, allowing the viewer a glimpse into their most private thoughts. That’s why I edited these monologues as voice overs, so that you hear the athlete’s voice while you see him in all intimacy, alone in a secluded place within the premises of the academy. In order to make them feel safe to share their intimate thoughts, I had long sessions with each one of them, in which we spoke about nearly everything. Parts of these sessions came back in those voice over scenes.

17 SECONDS doesn’t glorify the physical beauty of the athletic body. You show your protagonists in their real physical being, without covering up.

Marom: As much as a sports film I consider 17 SECONDS a coming of age drama. All four  protagonists are teenagers, in a process of getting to know themselves. This is a moment of great frailty, and all their ‘bumps and bruises’ accentuate their fragility. I show them as half kids, half grown-ups for whom their bodies are a tool to fulfil their dreams, but also the biggest obstacle they have to face.

We see a lot of sacrifices, pain, doubts, hardships,… but not so much “love for the game”. As if they didn’t choose their sport, but the sport choose them.

Marom: This goes beyond the love for their sport. I think that sport is what shapes their identity. They define themselves through sport and once they will stop practicing, a profound part of their identity will fall to pieces. I think that’s what makes them clinch so hard to their dream, even if they fear this dream is impossible to fulfil.

Which sport was the most difficult one to record in the end?

Marom: Every sport came with its own challenges. In basketball, which is a team sport, how to find simultaneity between Mohamed’s close-ups and the long shots of the full pitch? How to find the perfect balance between his personal story within the game and the story of his team? In judo, the general audience understands nothing about who is in the lead and who scores points when one of them goes down. That’s why I use the instructions, shouted by the coaches of Raz and Noa, as a sort of substitute TV sports commentator. But the most challenging to shoot was swimming. Large parts of the action happen under water, which is quite difficult to shoot during the races. But as usual, challenges force you to be creative.

With one of your athletes, a political dimension enters the film. Was that simply unavoidable in the country where you’re working?

Marom: I think that in Israel’s current political climate one cannot separate the personal from the national. There is a political aspect to whatever you do or say. In Mohamed’s case his conflict is a consequence of this situation. Even if he tries to ignore it, it is a sort of political statement. Being the best player in the team, makes his situation even more complex. On one hand everybody loves him and expects him to stand up as a leader, on the other hand he cannot avoid the feeling that at the end of the day he is an outsider. One of the monologues I like most is when Mohamed tells about this incident when a former teammate called him a terrorist and he replied: “Me, a terrorist? Well, be it”.

What finally impressed you most about one of your athletes in particular?

Marom: This is like asking a parent which child he loves most. I found in each of them athletes aspects that impressed me deeply. With Noa it is her being such an articulate person with such a precise way of analysing the world surrounding her. She has the ability to experience things and at the same time reflect upon them. She has a deep understanding that she might not be the most talented judoka in the world, and everything she gained was a result of tremendous efforts, but still she clinches on to judo as something she simply cannot live without.