Director Safdar Rahman about CHIPPA: “Everyone knows that life is not fair”

When Chippa is handed a letter addressed to him, from his father whom he does not remember, the little boy decides to leave his pavement abode and find out more. At the stroke of midnight, on his tenth birthday, Chippa heads out to discover the city and its streets, while trying to discover the connection to his father. His journey through the night leads him to, and away from, policemen, lashing rain, a taxi driver, a football match, a post box being emptied, a drunken brawl outside a nightclub and a conversation with a newspaper vendor. CHIPPA is a coming of age story, told through a single night in the city. 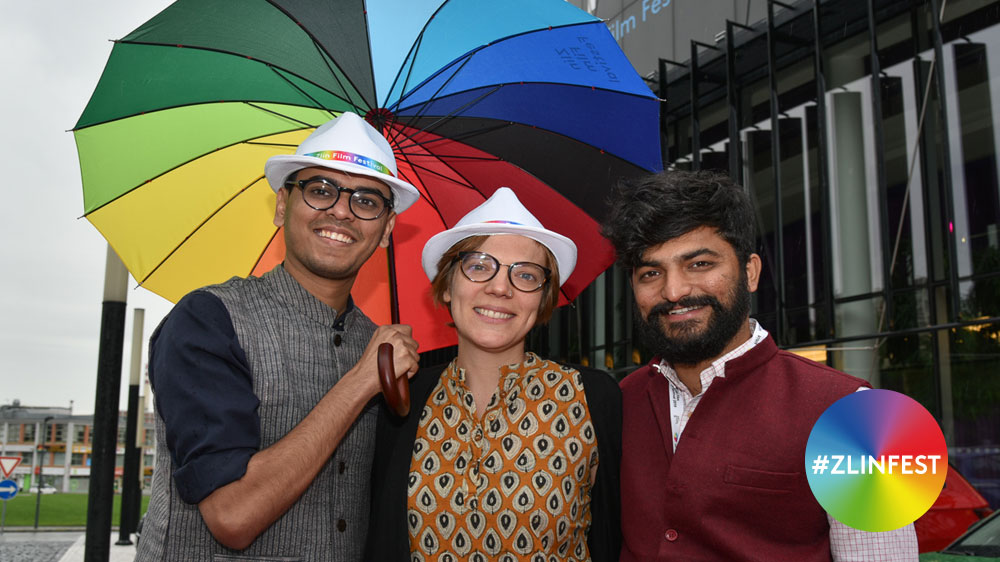 Could you tell us some more about the city where the film was shot?

It was shot in Kolkata, aka Calcutta. Historically, this city on the East coast used to be the capital of India during British rule till the early 1900s. It is a part of a state that had a communist government for three and a half decades from the seventies to 2000s. Many of India’s freedom fighters were from Kolkata, but also many intellectuals, writers, thinkers, poets, artists, musicians and filmmakers. A large part of the city, even today, feels like it is stuck in time, and refusing to budge from its historical legacy. Sometimes one feels that Kolkata is like the great great grandchild of a king coming from a royal lineage that stopped ruling many generations ago. Yet, to the great great grandchild, his lineage is very important.

But the scenery the film takes us to looks far from a royal court.

The film is all about the people who make up Kolkata. In one film review a critic mentioned, "The city that runs on the backs of men and women who make tea, fry shingaras, drive taxis, build houses just so the City of Joy can drink, eat, travel and live to call itself intellectual. It is an underbelly that crowns the city at night, long past the bedtimes of the city’s famed poets and artists." I think she has got it spot on.

How exactly did you fit the city into your story?

The underbelly of Kolkata lies squarely on the top of its belly. Admidst the chaos and bang in the centre of the city is an over-the-top and underground mohalla called Park Circus. Inside Park Circus, you can rarely separate houses, buildings, shops, gutters, lives; they all mix and intertwine into one heavy concoction. CHIPPA is rooted firmly in the local milieu of a Calcutta that is mostly unknown, even to Calcuttans. I have grown up in Chippa’s real-life neighbourhood and in many ways have been writing this story since I was his age. Almost every child I know has threatened, at some point of time in their lives, to leave home. Sometimes you pack your suitcase, sometimes you even get as far as the neighbourhood street corner. CHIPPA is an homage to that spirit.

Going around town, Chippa enters the world of grown-ups as a child. How did you maintain the perspective of a young kid throughout the entire movie?

I think most of it is in the writing. We were sure from the beginning that we wanted the audience to feel what Chippa was feeling throughout the film. Every minute, every second. We enter every scene with him and we leave every scene with him. We do not enter any spaces that he does not have access to. When exploring some of the other characters a little more, we chose to only explore what Chippa manages to explore in their conversations. Only at the end, when Chippa finally goes back to sleep where he started out from, the camera moves somewhere else and information is revealed that Chippa does not know about. It brings us out from Chippa's life, to our position as a witness to his story and then we see the credits roll, bringing us out of the experience of his journey, hopefully with a lingering emotion (whatever that emotion may be).

Chippa has clever conversations with all the grown-ups he meets. As if he always knows the right moment to say the right thing. How did you set the tone and rhythm of those dialogues so well?

For this I thank Bill Watterson and his masterclass in dialogue writing that is Calvin and Hobbes. It was very important that Chippa came across as a special kid, but still endearing; intelligent, but still innocent; witty but not annoying; clever, but never shrewd. At some moments he comes close to tipping over, but I think a big credit for maintaining the thin line goes to the actor, Sunny, who owned the character so well. It is so easy to go over the top with a character like that and he managed to keep it grounded at all times.

You can’t possibly get mad at Chippa. He really has this sparkle in his eyes.

Sunny actually had a huge part in this film called LION which was all over the Oscars a couple of years ago. Credit to the casting director Tess Joseph who found him. When we first met him, and saw that tiny face with those large eyes, we knew he was the one we needed. I think what makes him special is how normal he is. He does not take himself or his newfound life very seriously and I think that's what makes him such an incredible actor. He doesn't get bothered by anything. He is a normal shy kid, but he just knows how not to get affected by anything.

What about the dog? How did you work with him?

We found two similar looking pups, because they were so tiny, we wanted to be sure that their sleep cycles were not disturbed and that all the hard work did not take a toll on them. As anyone who has been with dogs will know, you can't really train puppies who are twenty days old. We just ensured that Sunny was comfortable with the pups and we made them spend a lot of time together, so they became friends. Once that happened, our job became easier. We just had to ensure that Sunny and the pups were in the frame together.

Often Indian films tell us about the importance of a good education. But here is a boy who isn’t educated at all, but is extremely streetwise. Can a kid like Chippa get a fair chance in this world?

It might sound hardcore, but in India, everyone knows that life is not fair. It is the basis of everyday living. The family you are born into is important, and for a large part of the country, it dictates how your entire life will follow. Some manage to break out of this chain, most don't. That's the reality. When you come from a family who is on the streets, the odds are against you. Chippa will not get a fair chance, he is disadvantaged from the day he was born. Yet in the bleakest of places, you will find joy; in the toughest of times, you will find hope. And Chippa embodies that spirit.

That’s why CHIPPA to me felt very much like a tribute to life.

Chippa leads a tough life, living on the streets with an abusive aunt as his only relative. Yet he chooses to focus on what he has. He has enough money in his wallet to eat and drink what he wants, when he wants. He thinks he is rich. And that does indeed make him rich. To me, CHIPPA is about this spirit. That no matter what, I will not let life get the better of me. I will come out on top, because no matter what I am going through, I will still have something to be thankful for. So I will choose to be thankful about that, rather than wilt under the pressure of life's inherent struggle.

Are those struggles similar for everyone?

I have a six month old daughter, and when you see that she wants to talk but she can’t, or she wants to move but she can’t, you understand how tough life might be for her. The basis of life is struggle. Just that everyone's struggles are different. A rich man has problems. They are not any smaller than a poor man's problems, they are just different. And inside that struggle, we must find joy. Otherwise, life becomes difficult to get through. Sometimes, one needs to be thankful that a breeze blows and rustles our hair. And it can only take that much to put a smile on our face.