The best stories are often with outsiders

Director Steven Wouterlood about MY EXTRAORDINAY SUMMER WITH TESS

Sam – who is often called “weird” – is spending the holidays on a small coastal island in the north of Holland. With his big brother, his parents and plenty tourists around, he still has the gift of “feeling alone’. That is until he meets Tess, an elusive girl carrying a big secret with her. Being friends with Tess is not only fun, it is also a challenge, as the girl’s wandering thoughts and impulsive decisions often put their relationship to the test. Together and apart, they learn about the importance of friendship, trust, and about families, that you should cherish instead of flee from. 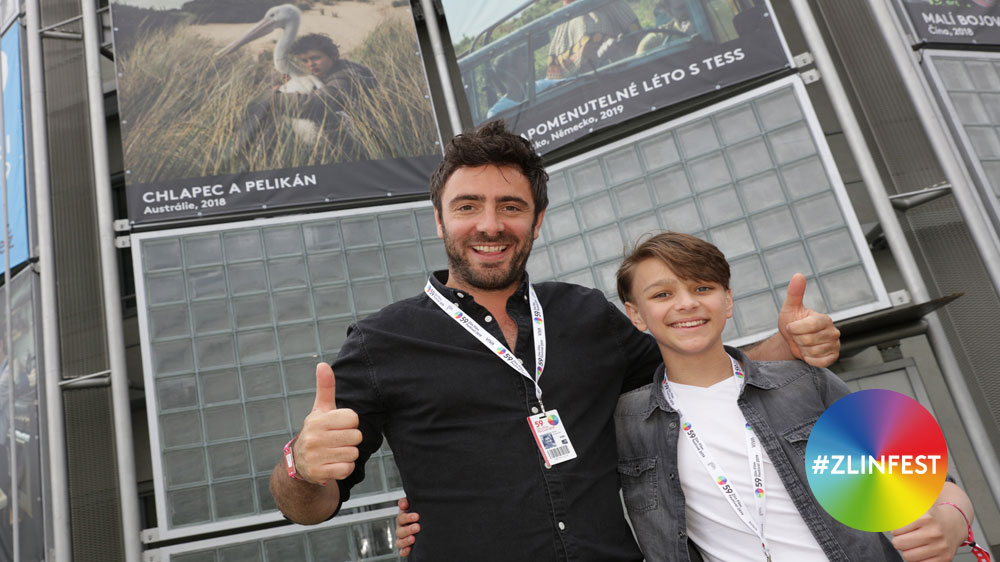 Based on a book by the same name, written by Anna Woltz, MY EXTRAORDINARY SUMMER WITH TESS is a film that speaks its own language and finds its own rhythm, that comes and goes with the tides. Like a confusing but beautiful daydream on a hot summer’s day. Director Steven Wouterlood has been a guest at the Zlin Festival before, presenting short films and (kid you not) playing piano in a hotel bar. Now he is back - and with his first feature film.

Is the youngest child in the family always the weird one?

I wouldn’t put it that way. I think everyone is entitled to have their own little peculiarities.

Being weird in this film is regarded as a kind of quality. This year we have quite a lot of films about ‘weird misfits’ on the festival programme. Is that a choice or a necessity?

That's right, my film says that being a little weird is absolutely normal. Every person has their own oddities and that is a beautiful thing! When Sam meats Tess for the first time, you hear him thinking aloud: "People often thought I was weird, but this girl is even more weird." Which he means as a compliment. It makes him like this girl immediately, from their very first meeting. It is a positive and interesting perspective to tell stories that focus on someone who is a bit of an outsider in a group. Because that’s where you’ll often find the best stories. Many people can identify with these types of characters, because everyone sometimes feels insecure or like they don’t belong to a group. In a film it is important that you are able to identify with a character. It is a little more reassuring than when a movie depicts your reality or your vision, as if it is portraying your personal life.

Whenever Tess is not there to talk to, Sam often has to talk to himself. Such an inner dialogue is not easy for both actor and director. How did you get away with it?

At some moments in the film indeed you can hear Sam's thoughts aloud through a voice over. Finding the right dose was important, because I didn’t want my film to explain things too formally. Sam’s thoughts are all over the book on which this film is based on. But in a movie you don't want to fill in every detail out loud for your audience. You want to tell your story as much as possible through the images. Finding the right balance was a challenge when writing the script and in the editing. We have been very precise about that, and I am glad that it worked.

The film is set on an island. Islands always have something special. Is there a certain "island feeling" to the film?

We recorded everything over the last summer on the island of Terschelling, in the north of the Netherlands. It is a beautiful island and we were incredibly lucky with the weather. There is certainly a lot of "island feeling" to the film, such as the ferry, the tourist spots, but also the vast dunes and beaches. We got a lot of help from the islanders. Almost all extras were people from the island or tourists on vacation.

Adapting MY EXTRAORDINAY SUMMER WITH TESS was not an obvious choice. The film is based on a book that is particularly "linguistic" and verbal, containing all sorts of word games. How do you adapt them into a movie?

I read the book for the first time four years ago and immediately fell in love with the story. Producer Joram Willink and I immediately had the idea that it was suitable for a film. Still it was a challenge to translate the book into a film script, but partly thanks to the great work of scriptwriter Laura van Dijk, I think it worked out well. The "linguisticism" of the book is often reflected in the dialogues. We have made all kinds of changes to enrich the story and make it suitable for a feature film. At the same time, we remained true to the soul and spirit of the book.

Did the many ‘water scenes’, often shot in the sea, cause any unforeseen problems?

Partly due to the beautiful summer weather it was fairly easy to film in the sea, even though it was sometimes cold and the crew were waiting with bathrobes and hot water bottles for the actors to come out of the water. We had special equipment for underwater filming. It is a challenge to film on the beach with 40 crew members and plenty of equipment around. That required a lot of time and preparation. We had, among other things, carts and a tractor to transport all the equipment. Often by the end of a hard day’s work, we quickly took a dive. That is the benefit of a summer shoot by the seaside.

"I will be at your funeral," is not an obvious sentence to say to someone you have just met. But from Tess' mouth it sounds very sweet. Can you explain?

Tess is headstrong and resourceful, just like Sam. She is one of the few people who can understand Sam immediately, which makes their bond so special. But Tess is not very extraverted in terms of emotions. For example, she learned from her mother never to say sorry “because women already say sorry too often”. "I will be at your funeral" is an indirect way for Tess to say she cares about Sam. That is typical for her. And that makes her character so much fun, according to me.