George Pistereanu:The moment that marked the start of my career as an actor

The day that IF I WANT TO WHISTLE, I WHISTLE had its international premier at the prestigious Berlinale Festival in 2010 was special. The grim weather outside somehow fitted the atmosphere of the film, and inside the theatre was an uncomfortable silence, as if everyone was collectively holding its breath. The impact of this new Romanian film nailed everybody to their cinema seats. This was a film that grabbed you by the throat and it didn’t let go. Not for a long time. Nine years later George Pistereanu, the young actor who intubated the film with a raw but vulnerable animal magnetism, is coming to Zlin. On his motorbike! 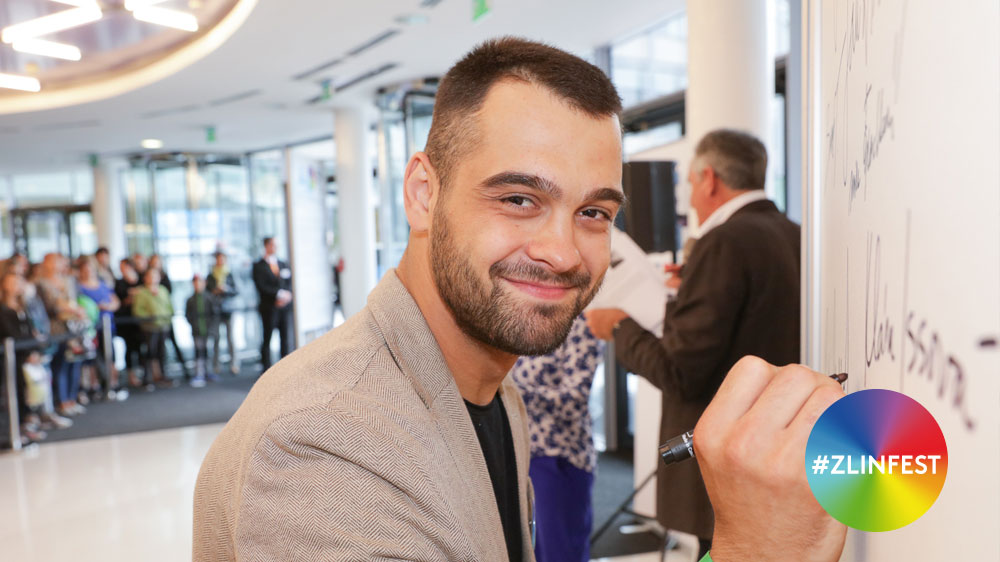 Silviu has spent many years in a youth penitentiary. When freedom is finally calling, he meets with his mother who’s planning to take Silviu’s little brother to Italy with her. Silvia doesn’t agree, he wants a family to stick together, and Italy sounds like a recipe for disaster. He meets a young woman, Ana, who is performing a research project in prison, and he becomes interested in her. Now in desperation, Silviu reaches for the only means he knows, violence. Anna happens to be around to become his first victim. She is taken hostage in a feverish action, with little chances to a happy ending.

George Pistereanu is still proud about that film, and about his invitation to the Zlin Festival. “I want to thank you honestly. I am excited to go there and I’m very happy that people still remember this film. IF I WANT TO WHISTLE, I WHISTLE had such a great impact on me and so many other people.”

At many screenings, including the international premier, the audience was left speechless.

George Pistereanu: I will always remember that night. I was nervous and excited, but I’ll tell you honestly, at that moment I hardly realized the magnitude of the event. After the screening, everybody came to congratulate me. The film received only positive reactions and still does, after so many years.

This movie really meant something to the Romanian film industry. Like a new starting point?

Pistereanu: Those were the days of the ‘new wave of Romanian cinema’, and IF I WANT TO WHISTLE was a part of it. It was a new path of growth that we were walking, and that profoundly changed the profile of Romanian cinema and the way producers in our country were making films. In Romania, local films usually make a lower box office than international titles, but IF I WANT TO WHISTLE was one of the first domestic films that had a long life. We were so happy to see how the Romanian audience received our film very well. You can tell nowadays that this film made a great difference and I’m happy and proud that I was part of it.

In the movie your future didn’t look very promising. How about real life?

Pistereanu: IF I WANT TO WHISTLE brought my career to another level and enabled me to work internationally. Afterwards I got involved in several film projects in Romania and abroad. My second successful film was LOVERBOY. That amazing role allowed me to further develop my acting skills. One of the titles that I am very proud about is YOU’RE UGLY TOO, by director Mark Noonan. In that film I had the chance to work alongside the great actor Aidan Gillian.

What is your strongest memory to the days of shooting IF I WANT TO WHISTLE, I WHISTLE?

Pistereanu: I have so many amazing memories to that period, but what I remember mostly was how I was extremely nervous, but at the same time very confident about myself and my acting skills. As if I had been acting forever. One particular scene I will always remember as my very first scene. When my brother comes to see me in prison and I am waiting for the guard to open the cage. That moment marks the start of my career as an actor.

There’s some other scenes that had a big impact on the audience. I still see you standing there with a glass scar in your hands, or staring through a wire fence …

Pistereanu: The one that I believe had a strong emotional impact, was when my mother comes to see me, telling me that she will take my brother with her. That scene was actually shown to students at the National University of Cinematography & Theatre in Bucharest, where it was then decomposed into the smallest details: the different angles, the acting, … The scene was basically used to teach them about filmmaking.

What should they learn from you in the first place?

Pistereanu: Behind every role I play, is a lot of work and research. Every role has its own challenges and makes me discover more about myself. This is actually the part that I enjoy most. I always try to transmit myself into my character’s skin and I spend weeks doing exactly the same as what he has to do, or I spend time with people who are like him. This helps me to get a better understanding, and adds – to my strong belief – a certain authenticity to the role.

You’re planning to come to Zlin by motorbike? Anything you can share with us about this trip?

Pistereanu: I am very excited about this trip. I seldom have time for taking vacations and I want to use every possible chance to ride my motorbike. I am happy to attend the Zlin Festival, but equally keen on enjoying my journey to get there. I will post all details of my trip on my social media channels, so if people want to embark on this two-days-adventure from Bucharest to Zlin, they can check my ‘George Pistereanu’ Instagram and Facebook account.