What films was awarded? 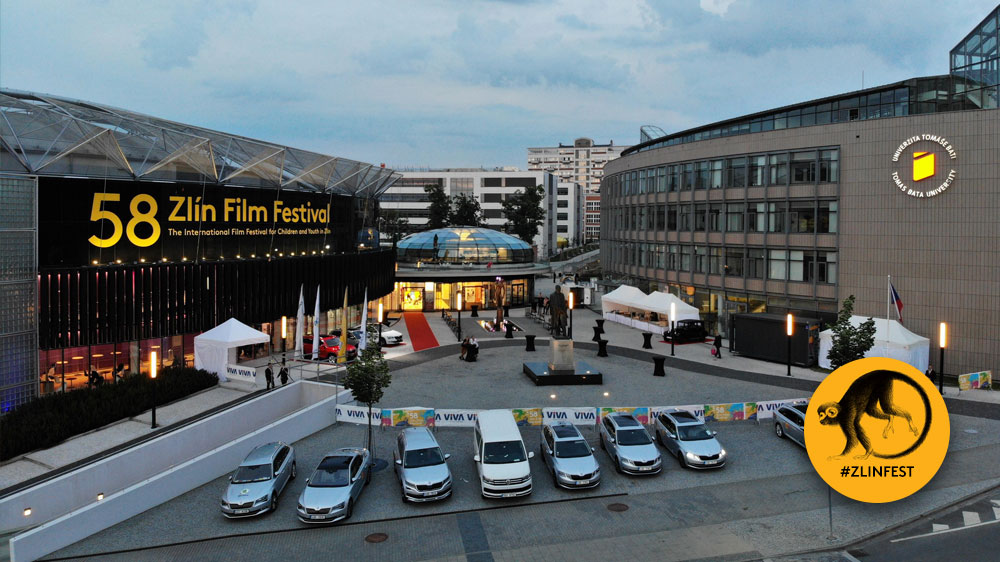 Golden Slipper - for the Best Feature Film for Children

Each of us has a hero, superhero and super powers inside ourselves. Though we need our family and friends around to help us to believe and become one. Supa Modo talks about a heavy topic in a light and sensitive way. People leave the cinema with hope, not a sadness. The film has strong female characters, creativity and humour.

Mihajlo Milavić and Silma Mahmuti for the roles of Jovan a Milica in the film The Witch Hunters (SRB, MAC, 2018), directed by Raško Miljković

Beautiful cooperation. Two unseparable performances. They lift each other, they pull each other. They are strong and fragile. We cried, we laughed. Each of them is as strong as their partner.

Golden Slipper - for the Best Feature Film for Youth

Barley Fields on the Other Side of the Mountains (GBR, 2017), directed by Tian Tsering

„For freedom I would walk anywhere,“ says one of the characters. The film reminds us that freedom is indispensible and not certain. It is important to keep in mind that freedom is important to fight for. Tibet is still under the Chinese rule and people of Tibet are not free. Beautiful camera work, poetical storytelling, space for one´s own interpretation. Enough words. Wonderful and important film.

Milya Corbeil-Gauvreau for the role of Manon in the film Cross My Heart (CAN, 2017), directed by Luc Picard

Her presence on the screen is incredibly strong. We do believe her sensitive, tender, but totally authentic performance. We think and believe we could see a future big film star.

Film is about a friendship, family, values, power to believe in imagination and keeping innocence in hard conditions. Great children´s performances.

Follow your dream a don´t leave the path. Don´t forget where you come from. We give this special mention for the message it carries. Nothing replaces education. It is a protection from poverty.

A charming and perfectly timed story about two bears in search of a snack, that brought laughter and joy to us all. With beautiful animation, a strong colour palette, and a very appealing paper cut out design, we were all craving blueberry dumplings by the time the story was finished.

A brilliantly told story about a hero’s journey from embryo to frog. The elegantly simple characters, strongly communicated the story emotionally which merged very successfully against a live action background.  The animation, filled with original ideas, reminded us that each of our journeys through life has its own unique relationship with time.

We liked the idea to make a movie about a band going on tour. It is an original and funny story with main heroes in our age who are facing various problems on the road. We love the main heroes. The actors acted very well. Locations and music were fantastic part of the film.

We chose this movie because of its atmosphere, story and because we want people to know about this movie.

The Europe Award - for the Best European First Film

The Best of All Worlds (AUT, 2017), directed by Adrian Goiginger

A warm and challenging film with a potent message of hope. Told beautifully and truthfully from a life lived. Verena Altenberger and Jeremy Miliker broke hearts and raised aspirations as mother and son. Beautiful.

Once Upon a Time in Indian Country (GER, 2017, directed by Ilker Çatak)

Its stunning and accessible visual style makes for a film for a generation. A wild, fun coming-of-age trip that will receive a large audience with, at its heart, a message of responsibility.

Grand Prix award goes to Leave of Absence because of the film´s originality and success in capturing the poetry of a moment. The charisma of the film´s protagonist infects the piece with a touching humanity. The story chatches a rare moment of charge or existential awakening in the protagonist and manages to be both light but meaningful at the same time. This is an ecclectic tragic comecy treating a character and time in life seldom potrayed in film.

The animation section was very strong and was the most difficult section to award. Some films recommended themselves on the basis of the stories they told, others for their very strong visual component, and others still for their personal originality. At the end, the prize goest to Hybrids for the outstanding craftmanship and detail involved. Special mention goes to „Irony“ for its original and clever storytelling.

The Last Prior (CZE, 2017), directed by Petr Januschka, Tereza Vágnerová

The Last Prior presented itself to us, as a clear winner for the number and quality of moments capturing the humanity and quirkiness of both the Prior location and its people The film provides a snap shot of a time, place and culture on a verge of extinction and while comic throughout never felt exploitive of the subject portrayed – Prior is the place where its people escape from a world they don´t understand and feel has left them behind.

Into the Blue (CRO, 2017), directed by Antoneta Alamat Kusijanović

The quality of the films in the live-action section was very high. „Into the Blue“ nevertheless distinguished itself, treating the new once topics of coming-of-age, rivalry and friendship with authenticity and skill. The setting and cinematography and the real performances of the children actors endowed the short film with a certain sensuality and elektricity throughout. The film managed to tease out a number of complex films from an otherwise simple story. A film about children and acted exclusively by children is a perfect award winner for a festival for children and youth.

With enchanting images director Marian Polak brings the young audience in touch with nature and wildlife that sourrounds us - sometimes in unexpected places like factories, trainstations and army ranges. Who would have thought that a tank could be finally good for something?! We get a feeling that nature follows its own cycles and find its way but that we have to treat it with respect and care.

The ecumenical jury gives the prize to an emotional story, simple, pure but still profound. This film invites us to face death from the perspective of a little girl who does it with dignity, joy and courage. Like a real superhero. The filmteams both the real one and the one in the movie show creativity on many levels. The cinematic skills integrate perfectly with the storytelling and engage the audience without telling too much. This film is about miracles.