An unconventional hobby was introduced to the viewers by the Finnish film Revolutionary Hobby, directed by Selma Vilhunen, which was personally introduced by Alisa Aarniomäki, one of the girls practicing hobbyhorsing. She gave us a very exciting interview. 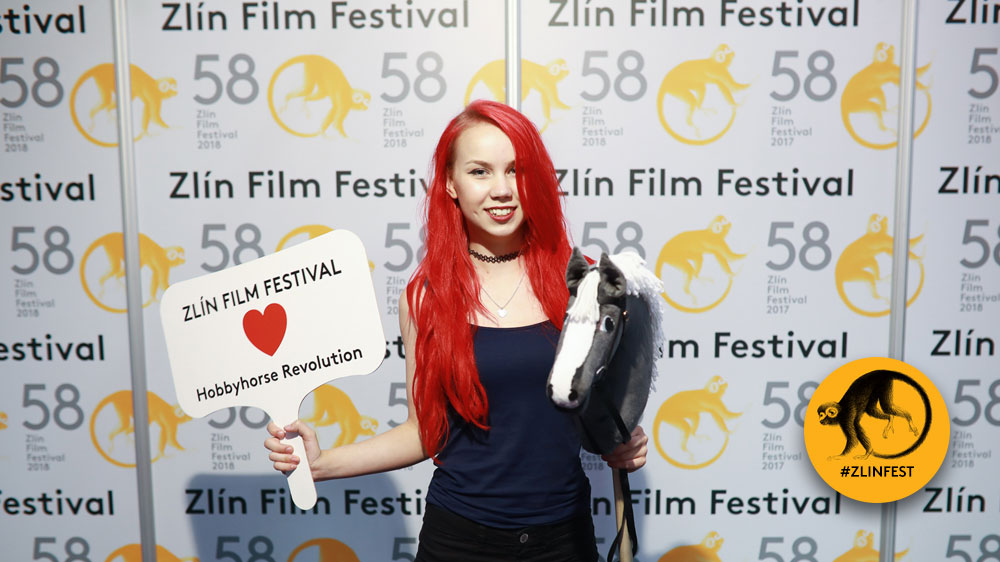 Is hobbyhorsing favourite hobby in Finland?

Hobbyhorsing is - despite it's rather huge visibility - still quite an "underground" hobby though it has grown a lot after Hobbyhorse Revolution came out. I'd say that even when hobbyhorsing reaches the point where it is seen as a normal hobby amongst hockey, equestrian or anything else, it won't be the most popular hobby in Finland. I'm hoping that Finland would always be the heart of hobbyhorseists, though.

How were you involved into this documentary?

I had uploaded videos about hobbyhorsing for years to Youtube and got a bit popular amongst other hobbyists. That's how also Selma Vilhunen found me and thought my videos and my position in the hobbyhorse community were interesting. And as a video-making hobbyhorseist I loved to join the movie!

What was it like to let the director see you privacy, to kind of disturb your space, see your feelings?

I never actually felt director's (Selma) or anyone else's presence of the small crew disturbing. Selma gave me the space I needed and was not only a director but also a friend for all of us - and she still is. And since I knew what making a documentary means and especially what it meant to me, I wanted to co-operate. Selma had been chatting in hobbyhorse forum with everyone maybe a year or two before so she had built some trust already and we knew she'd listen to us.

Of course the first day of shooting was a bit weird but it didn't take long before I was super comfortable in front of camera.

How was the film expected in Finland and abroad?

The hobbyhorse community in Finland and abroad waited the movie super excited and media got interested about hobbyhorsing when Hobbyhorse Revolution was about to premiere. So it was pretty much full of interviews and hype which just grew after the premiere as we got noticed abroad and also Finland went totally nuts about this phenomenal hobby.

Have your life changed due to Hobbyhorse Revolution?

Yes it has. I had always been interested in making movies so after the shooting period I applied to film school - and got in! Also the interest in hobbyhorses has spread in advertising and I've had co-operations with some companies. So now hobbyhorsing is not only a hobby but someway also a job for me. Seems like I've became the face of hobbyhorsing, haha.