From the Congress Centre, from the main square, from the streets, and the parks. From here and from every quarter, film melodies will be part of the film festival. And film music itself is one of the main themes of this year's festival. For this occasion, Italian music composer Maestro Andrea Morricone arrived yesterday in Zlín; he's made a name for himself because of his film music, among other things. Andrea Morricone, son of the phenomenal composer Ennio Morricone, is one of the greatest contemporary Italian composers and conductors today. In Zlín last night he introduced himself with a concert to present the Czech film 72 Hours in Bangkok, which was directed and produced by Lubomír Haltmar. This screening was the film's world premiere and Morricone is the composer of the film's music. The film deals with a lost two-year-old boy in Bangkok and points to the theme of lost children. The screening was preceded by Andrea Morricone's concert performance, and aside from the score of the film, there were also film melodies from his father and the joint composition they made together for the film Cinema Paradiso.  On the occasion of his visit to Zlín, we asked Andrea Morricone for a brief interview in which he told us, among other things, why he decided to collaborate with director Haltmar and what music he likes to listen to in his spare time. 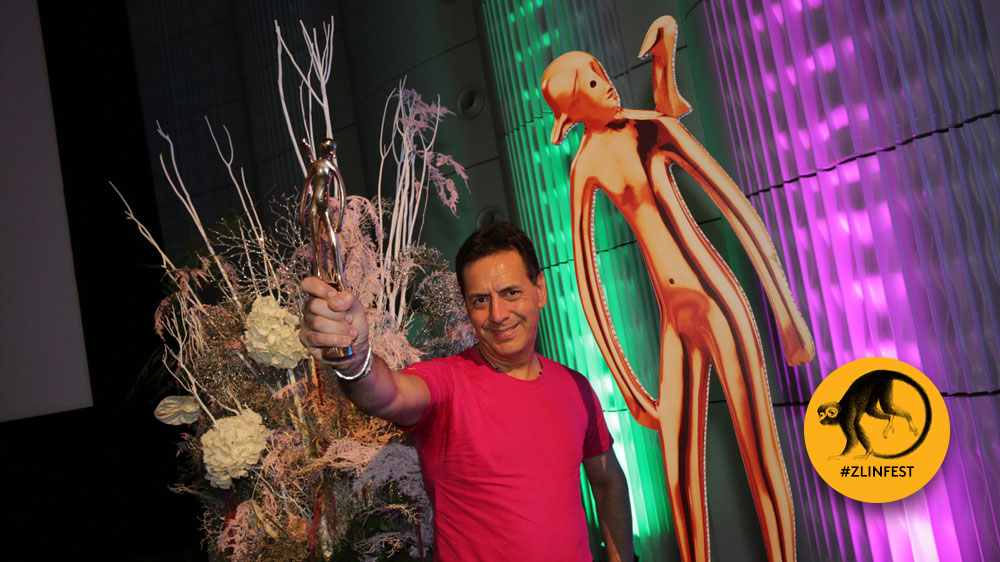 Look at the Photogallery to see Maestro´s day.

Andrea Moriccone: "When Making Music for Movies, The Quality of the Story and Harmonizing with the Director Decide Things for Me"

When you were invited to Zlín, did you have to google where the city was or had you already heard of it?

I had already 'heard the name of this town, being aware of the beauty of Czechoslovakia, not only in its capital, but also in the surrounding areas. The various constituent regions of the Czech Republic in fact relevant to the economy and even under the landscape, counting prestigious urban structures, and sometimes, as in the case of Zlin, beautiful castles still preserving wonderful displays on the epic in which they were built.

In Zlín you will present the musical composition to the film 72 Hours in Bangkok. How did the collaboration on this film come about?

Certainly the components that lead me to accept the composition of a soundtrack are various; first of all the quality of the story and the human and cultural approach I can have with the director. Se have to consider that the 2-years old child is not talking yet so the music expresses his feelings, emotions and situations of child lost in Bangkok. This was for me the main basis of the composition of the soundtrack: being able to express the emotions of these children through my music. The composing took almost half year with cooperation with Lubomir Haltmar, director and producer, who was fascinated by the result. Collaborating with Lubomir was a wonderful experience for both of us, a team effort that involved us emotionally as well as professionally.

What was the greatest impulse that led you to follow in your father’s footsteps?

I can tell you that I have created from my early age what I would call a physical LOVE for the sound. When I listened my father playing my piano compositions, I was fascinated by the beauty and perfection of the melodies and harmonies. A world that expresses completeness and refreshment. A world that inspires a world of peace and contemplation. And that sometimes, it can also arouse a good deed.

Being a composer is a rather difficult profession, especially at the beginning before a person establishes himself – and especially if his father is a phenomenal musical composer. Which was the absolute first? Can you remember your very first composition?

I remember my first melody I was eleven years old: E MINOR my father took me on his knees and harmonized and it worked!

Did you go to the movies as a kid? Did you even notice the musical score of movies back then?

I started to go to the cinema at a young age. I remember various beautiful soundtracks of the films of those years. I consider the seventies and eighties particularly emblematic for the history of international cinematography, but I would never forget the importance of Charlie Chaplin an unequaled example that in the 20s led to the success of the great silent cinema. An unparalleled example.

When you get an assignment to compose the music to a movie, what's your process? What does your creative process look like? Do you sit down to work and just create, or do you wait for inspiration?

If I pay attention to the relationship that inspires in me the vision of a film for which I am called to write the soundtracks, I must necessarily refer to something mysterious. The vision of the film or the reading of the scripts, arouses in me, when I like it, a suggestion that translates into a range or a series of agreements; in an agglomeration of sounds, but first of all in the creation of a theme.The fact is that I am aware that on the first try, a second will happen a third and a fourth and so on; the dialogue with the director is fundamental: without the agreement with the director, a good composer of cinema music does not proceed.

What music do you like to listen to in your free time?

I am very curious and I always try to ask to myself about the music phenomenon. This leads me to question myself with musical genres, the most varied, disparate. if a song works today, there is always a reason for this to happen. However, this does not mean that the song will not be subject to fashions. In music I prefer to talk about style and this is why ss a conductor, I adore the great classics on whose I pause to reflect for hours along my days at work.